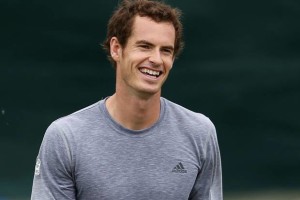 The grass tennis courts where Andy Murray made his first attempt to qualify for Wimbledon could be axed to make way for a new artificial football pitch.

Less than 48 hours after Murray took the Championship title, Hounslow council held a meeting to discuss digging up 14 grass courts in Chiswick.

The Civil Service Lawn Tennis Club used to be the venue for the annual Queen's Club practise - ahead of the main event at Baron's Court - as well as the Wimbledon pre-qualifying event where Andy Murray started his bid for the Wimbledon title 10 years ago.

But club members are now fighting to keep the courts in use after a planning application was made by leaseholders Kings House School to install an artificial football pitch and keep only two of the 16 grass tennis courts in use.

Club member Ian Wylie, who lives in Chiswick said: "It would be a moment of total shame for London, the LTA and British tennis if 14 superb grass courts - the very last in Chiswick - were to be dug up and replaced by a football pitch.