The market town of Church Stretton lies in the Shropshire Hills Area of Outstanding Natural Beauty. Nicknamed 'Little Switzerland' in the late Victorian period for its landscape, the local geology has some of the oldest rocks in England. 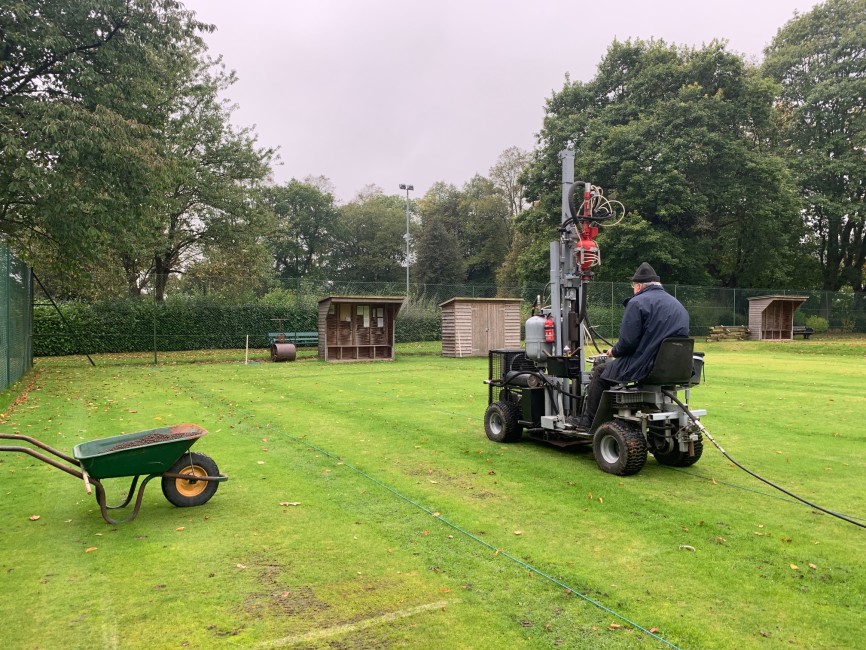 Among the many amenities the town has to offer, Church Stretton Town Council provides facilities such as crazy golf, hard tennis courts, a bowling green and croquet pitches. The two croquet lawns at Sandford Avenue had been placed on a hard surface and over time, becoming so compacted, they developed severe waterlogging problems. Good management proving very difficult, the Council looked around for a solution and after a number of consultations brought in Terrain Aeration.

"We chose to go with Terrain because we needed to open up the ground for better drainage," says Michael Turner, the Council's Amenities and Services Officer, "and with the ground being so hard it needed breaking up very much deeper than normal aeration." The lawns are available to the croquet club and members of the public and the other reason for improving the facilities was the fact the town team won the West Midlands League and needed the lawns to match their prowess.

Terrain Aeration carried out the work over one and a half days, with their Terralift machine's JCB hammer slicing through the compaction to allow the hollow probe to reach up to a metre under the lawns. Working on a staggered grid pattern, once the probe reaches the optimum depth, compressed air is released up to a maximum of 20Bar (280psi). The blast effect fractures the compacted soil to allow drainage and deep aeration, with the grid ensuring each shot interconnects the fissures and fractures. As the probe withdraws, dried seaweed is injected which expands and contracts with the moisture content in the soil to keep the fissures open. The probe holes are then back-filled with Lytag, an inert product which allows air and water to percolate through but is mower friendly.

Michael adds: "The whole process was very clean and professional and Terrain Aeration were nice people to work with. We've done a further piece of work with scarification and the combination of the two is bringing the results we wanted. We're very happy with the work done."