0 Terrain gets to the core

A common problem facing building companies, contractors and landscapers on completion of a development is compaction. 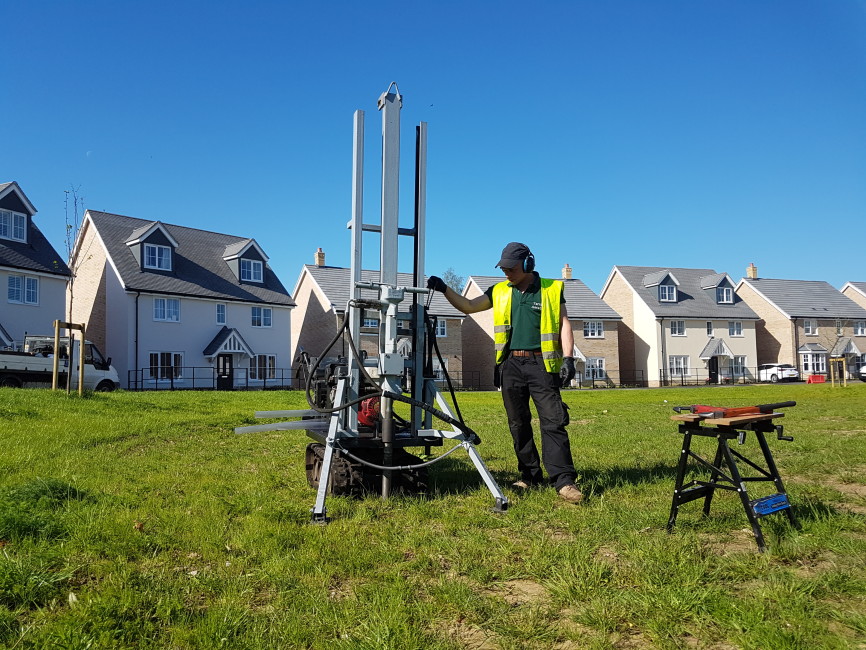 The movement of traffic and materials across the ground to buildings under construction leaves areas prone to waterlogging. Newly laid gardens, grassed and play areas in particular become susceptible, with compaction occurring far deeper than normal aerating will alleviate. Deep penetration aeration is the solution but how do you know what lies beneath the grass and to what depth the aeration is needed? Terrain Aeration have been treating such problems for over twenty-five years and work regularly with construction companies such as Taylor Wimpey, Barrett Homes, Laings and smaller developers to provide a long-term solution.

The Terrain Aeration Terralift machines penetrate the ground to a depth of one metre, releasing a blast of compressed air which fractures and relieves the compacted soil, creating permanent aeration and drainage. However, before carrying out the aeration it is often necessary on old site layouts to determine what lies beneath and Terrain Aeration take a core sample using their specialist machinery. The plastic sleeve which slides out of the metal casing reveals what the soil is like, from the top soil down (in this example) to the clay structure beneath. The soil cores are taken to one metre depth and are also very good indicator to show where oil and diesel spillages have penetrated and how deep. The Terralift can then deal with the oil-bioremediation using specialist products in the area down to one metre depth. 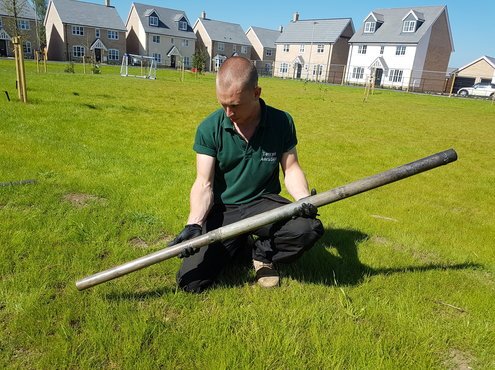 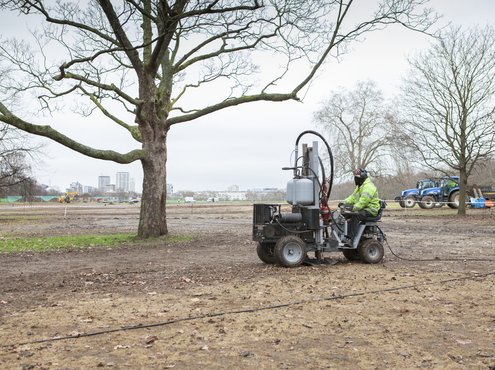 Further down, flint is encountered and the Terralift probe is designed to break through the solid layers, employing a JCB hammer incorporated as part of the machine. Once the hard materials have been penetrated, the compressed air blast released creates fractures and fissures. These are injected with dried seaweed as part of the process, keeping, in this case, the clay seen in the core sample open and allowing surface water to quickly drain down one metre, before naturally percolating away into the flint area.

What is an ex-car park area has been transformed into a healthy soil structure with good root zone and ready for children to play on. Of course, not all compacted ground will have the same strata but the Terrain Aeration process is used to treat all types of waterlogging, from small gardens to parks, public spaces and sports pitches to bowling greens.