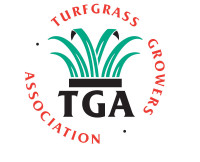 Members of the Turfgrass Growers Association and representatives from its affiliated companies gathered at Thornhaugh near Peterborough recently to receive an update on the association's activities and to discuss issues affecting turf production.

In addition to presentations made by TGA council members on topics including the revised Water Bill, withdrawal of key chemicals by the EU and the association's ongoing soil project, a presentation on the use of plant growth retardants by Dr. Ruth Mann from the STRI stimulated lively debate.

She was followed by Paul Hayden from Tack Training who led a fascinating discussion on effective negotiating, including tips on strengthening your position using intelligent questioning and gave some startling facts about the impact of concessions on profit. In the afternoon session, Chris Hartfield from the NFU took to the floor to deliver a presentation about working in cooperation with the TGA, his role as Horticultural Adviser and the involvement of turf in his team's remit.

TGA Chief Executive commented after the meeting: "I'm pleased that so many of our members and affiliates attended. The TGA is involved in a number of important industry matters and we like to ensure our members are kept informed every step of the way. Because we are working more closely with other industry bodies, we thought it would be useful for our speaker programme to reflect that."

Formed in 1994 (then called TPI (UK) Ltd.) it became the Turfgrass Growers Association in 1997 and now comprises more than 60 members and affiliated companies. Its member growers are collectively responsible for producing approximately 70% of the cultivated turf grown in the British Isles.

For more information visit the new website at www.turfgrass.co.uk