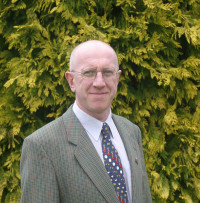 The tender documents for the Olympic Delivery Authority specify, in reference to turf, that 'the supplier shall be a member of the Turfgrass Growers Association (TGA), to TGA quality standards', the association can announce.

Chief Executive, Tim Mudge said: "We are pleased that the work we've put in over the past three years has led to the TGA being recognised as the professional body for turf supplies to the Olympic Park project. The turf was specified by the parklands design team after recommendations were made by the TGA. As a result, the contractors delivering the parklands for the Olympic Delivery Authority will know that the turf they buy has been grown to meet the specific demands of the lawn areas in the park."

Tim Mudge represented the turf industry on the 'Greening the Games' committee alongside the HTA, BALI and other industry partners who had pledged their support for the campaign to showcase and achieve a lasting legacy for UK horticulture.

The TGA is the only body in the UK and Ireland dedicated to the advancement of quality turf production. One of the main reasons the association joined the Greening the Games group was to have its quality standards recognised and included by the Olympic Delivery Authority.

John Hopkins, Project Sponsor for the Parklands and Public Realm at the Olympic Delivery Authority said: "We really appreciate the support of the Turfgrass Growers Association. Contracts are currently being or about to be let for soft landscape supplies and implementation across the park and we want to work with the best".