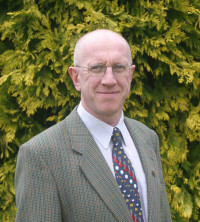 The Turfgrass Growers' Association (TGA) is one of three Associations representing the horticulture industry on the 2012 Olympics 'Greening the Games' committee.

Working alongside the Horticultural Trades Association (HTA), the British Association of Landscape Industries (BALI) and other industry partners, it has pledged its support for the campaign which aims to showcase and achieve a lasting legacy for UK horticulture.

"One of the main reasons the TGA decided to join the Greening the Games group was to endeavour to have our quality standards specified on all the landscaping contracts associated with the 2012 Olympic Games," said Tim Mudge, the association's Chief Executive. "As an industry body representing 39 turf companies and 20 affiliated businesses from across the UK, we feel our standards will give contractors peace of mind when choosing TGA turf."

Each grower undergoes a comprehensive assessment prior to being endorsed as fully fledged TGA members. This not only covers their ability to grow turf that meets the association's stringent criteria, but also ensures good business practice including fully traceable systems and record keeping.

Mudge added: "TGA standards have become more widely used as landscapers and specifiers realised that they can widen their supply base by not restricting themselves to company-specific turf standards. They can also feel reassured that the association is on hand to help with technical and legislative queries should they arise."

Campaign organiser Mark Glover told the committee's meeting in London that the key message from the Olympic delivery bodies is their desire for a sustainable games and the need for the UK horticulture and landscape industry to demonstrate how it can help to deliver that sustainability. There is particular interest in how trees, shrubs and turf can help deliver a carbon-neutral games.