Mr Self, a 48-year-old handyman from Thatcham, had been working on the private estate he visited every Friday to tend to the grass, stables and trees when he died on November 20 last year 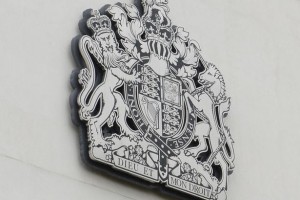 While tending to a tree he was poleaxed by a falling branch which sent him tumbling into a river where he drowned in just 2ft of water, lying on top of the chainsaw he had been using in the moments before.

Mr Self's wife and childhood sweetheart Karen paid tribute to her hardworking husband, saying tearfully: "He was a very good guy, a very good dad and was always working hard."

The couple, were married almost 20 years but had been together since they were aged just 15, the inquest heard.

Mr Self had worked as a gardener and handyman for the past five or six years to be around for their children while his wife worked in London, but had spent his whole life outdoors, working in forestry, demolition, dredging and later installing CCTV cameras.

In the wake of Storm Barney which had been ripping through the country, a dead tree had fallen down on Julie Marsden's land at her home in Newbury. She told the inquest she had asked her regular handyman to move this tree, as well as his usual duties around the home.

After hearing the sounds of a chainsaw being used throughout the morning, at around 1pm she went looking for Mr Self to offer him a cup of coffee.

Tracing him by spotting his tools in a paddock close to the dead tree, she noticed a large branch had fallen from another tree.

Mrs Marsden told the coroner: "I walked past it and looked past the slope and he was lying in the water.

"I could see down the embankment that Paul was lying face down in the water. His whole body was in the river.

"The water was quite deep and fast because of the storm but here it was about 2ft deep."

The River Enborne, which flows into the River Kennet, runs through Mrs Marsden's land at Adbury Springs in Broad Lane, Newtown.

After rushing to the house to phone 999, Mrs Marsden raced back to the river and pulled Mr Self partially out of the water, following the instructions of paramedics on the phone until they arrived in person and took over.

She added: "I noticed underneath Paul's chest, in the water, was a large chainsaw. This was not powered on."

Despite the best efforts of multiple medical teams and an air ambulance crew, Mr Self was declared dead at the scene by 2.30pm.

A post mortem examination found bruising across his body, including the right of his chest and cheek. There was a 5cm cut on his scalp but no major head injury and water in his upper airways indicated he had drowned, a pathologist said.

Police constable Stuart Bond, from Thames Valley Police, said a fully-extended metal stepladder had been found propped against a tree which had been recently pruned. The police investigation found no evidence of third party involvement in the tragic death.

Mrs Marsden described the father-of-two as a "very valuable person" who was helpful, reliable and positive.

Recording a conclusion of accidental death North Hampshire Coroner Andrew Bradley said Mr Self had been in his element working at Mrs Marsden's home when he lost his life.

"I'm absolutely convinced this is the most horrible accident for a man who was well versed in this type of equipment and work and had been doing it for years and loved it.

"Something happens, as a result of which he's struck on the head. He falls to the ground from the ladder into the river, face down.

"A matter of such sadness and it is just in a twinkling of an eye."

He told Mr Self's widow: "If he was conscious he would have got himself up out of the water. It was not a raging torrent.

"The little comfort I can give you is that he was unconscious at that time because that's the only way he could have drowned.

"If your name is on it God will have you, I'm absolutely convinced that's what's happened."

For the original article, visit www.getreading.co.uk.