The Belfry's greenkeepers joined the world-class greenkeeping team at The Ryder Cup 2018 to present Le Golf National at its highest standard. 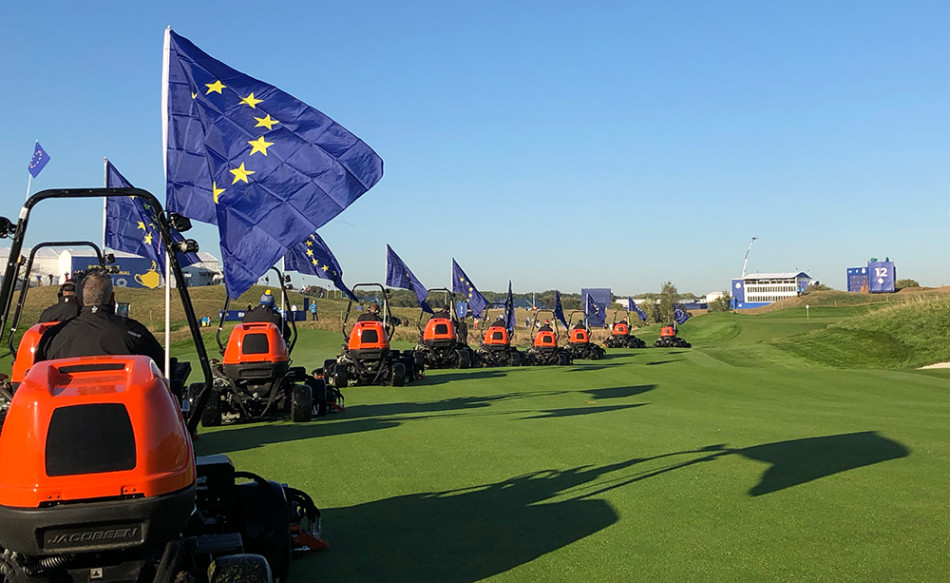 The Belfry continued to support Team Europe when Head Greenkeeper Jamie Wade and Senior Greenkeeper James Cleaver joined a team of 180 greenkeepers from across the globe, headed up by Le Golf National Course Manager Alejandro Reyes, to present the Albatros Golf Course at its highest standard. The first-class team worked tirelessly around the clock to make sure the Ryder Cup 2018 course was in the best possible condition, and set the stage for the world's best golfers to take part in the event of the year.

The Belfry pair were selected for their expertise and experience and Head Greenkeeper, Jamie Wade believes it's their attention to detail which is key to helping create an incredible matchplay golf course. He said: "To maintain a Ryder Cup golf course you need good knowledge and dedication, as well as a motivated and well-trained team. Here at The Belfry we look to give our guests a Ryder Cup experience every day and we are constantly trying to deliver world-class standards.

"This was the first time working on the Ryder Cup for both of us. It is the pinnacle for any greenkeeper and it was an amazing project to work on. It was a great venue, similar in a sense to the Brabazon with great matchplay holes and with its history."

Wade added: "We were lucky to experience such fantastic support from both Team Europe and Team USA. At the final most of the greenkeepers were at the 18th green when Europe had won, and Thomas Bjorn and the European Team came over and acknowledged all of us for our efforts over the week, which was fantastic! To share the experience with members of other greenkeeping teams from across Europe has been an invaluable opportunity and a real inspiration."

The Belfry's Senior Greenkeeper, James Cleaver, added: "Of course we have lots of big events on the Brabazon throughout the year, so we are used to having to work with big teams and setting up the course to a very high standard every day.

"The Brabazon is a mature golf course, whilst the Le Golf National had its own style and it's a sort of parkland, inland links type of golf course and the viewing areas for spectators are great for both. To produce a course of that quality requires long hours, dedication and a good network of people who you trust to help you, so it was an honour to be involved and be a part of golfing history.

"There was an incredible atmosphere and we got loads of support from the fans as we were making our way around the golf course. They were clapping us and appreciating all that we were doing there and trying to achieve. We even managed to grab a quick selfie with 'The Postman' himself, Ian Poulter, in the celebrations which was an unforgettable moment." 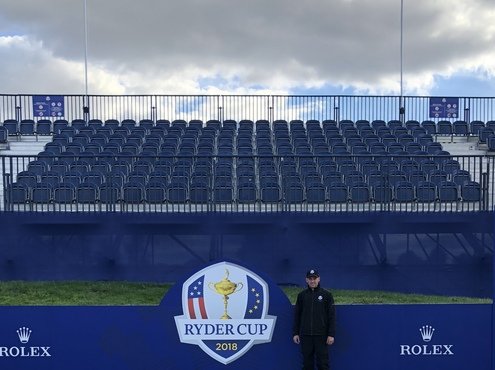 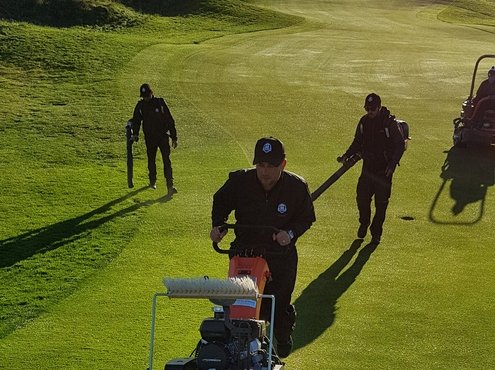 The Belfry, the spiritual home of the Ryder Cup and the only venue to host the Ryder Cup four times, aims to deliver world-class standards on all three of the resort's stunning golf courses. The renowned Brabazon course, crowned England's Best Golf Course, is home to some of golf's most iconic moments.

"The 2018 Ryder Cup was a huge success as we witnessed one of the best-presented golf courses in the world. To see two of our own greenkeepers involved is a huge privilege and a very proud moment for us all," said Angus Macleod, Director of Golf Courses and Estates at The Belfry.

"We are incredibly proud to see Jamie and James get the opportunity to work at such a prestigious event. It is a testament to their hard work and dedication which we see reflected in the facilities provided here at The Belfry," added James Stewart, Resort Director at The Belfry.