by Stuart Pool
in Industry News, Consultancy, and Editorial
on 07 Mar 2014

0 The Bribery Act - does it affect you? 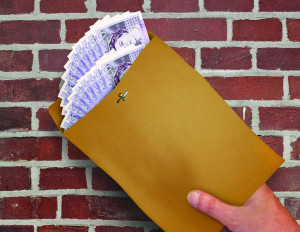 Regrettably, sport in the United Kingdom has not been immune from the impact of bribery and corruption. Even though this pales into insignificance when compared to the situation in other parts of the world, its touch has ruined the reputation of individuals involved and damaged the affected sports.

Whilst the focus has, not unexpectedly, been on match or race fixing, all aspects of providing and running sports facilities require attention. This is particularly true in the light of new Legislation which came in to effect in 2011. Sport is a business and, in common with all other businesses, its activities are bound by the laws of the UK.

The 2010 Bribery Act was introduced to reform the laws of bribery and to provide for a new consolidated scheme of bribery offences to cover bribery, both in the UK and abroad.

Bribery is described as "a scourge, blighting lives and penalising honest companies. It is also said to undermine the rule of law and damage social and economic development. It strikes at the principle of free and fair competition, which is diminished with each bribe offered."

Whilst the main impact is expected to be on international commerce, the legislation covers any organisation that carries out business in the UK. Unlike much previous legislation, the Act affects both the public and private sectors.

Bribery is a criminal offence, with direct implications for individuals as well as organisations that may be involved.

So long as the organisation in question is incorporated (by whatever means), or is a partnership, it does not matter if it pursues primarily charitable or educational aims or purely public functions. It will be caught if it engages in commercial activities.

What are the offences?

An offence is committed if someone offers a second person a financial or other advantage, where the second person is carrying out a function on behalf of an organisation where they are in a position of trust, or expected to act in an impartial way. The word 'person' includes corporate and unincorporated bodies.

This could cover seeking to influence decisions by giving some kind of extra benefit to that decision maker, rather than by what can legitimately be offered as part of a tender process.

A new offence under section 7 has been created, which can be committed by commercial organisations that fail to prevent persons associated with them from bribing another person on their behalf. This is very important as, unusually, the Act introduces an offence of failure to prevent bribery taking place. It may well be that they were not aware that an offence was being committed, but that in itself would not be a defence against prosecution.

In what circumstances are risks likely to occur?

What are the penalties?

Offences under the Bribery Act are criminal in nature and the consequences of conviction are quite severe. Prosecutions are brought by the Crown. The penalties for committing a crime under the Act are a maximum of ten years' imprisonment, along with an unlimited fine, and the potential for the confiscation of property.

A corporate conviction for bribery could result in permanent exclusion from government contracts across the European Union as well as the disqualification of directors.

Given the potential consequences, no organisation can afford to ignore the legal responsibilities placed on them.

It has been described as "the toughest anti-corruption legislation in the world".

Can organisations avoid this liability?

A number of sports clubs may feel that they do not have sufficient funds for it to be worthwhile for bribery to be an issue. This situation can, however, change with time and where funds become available for improvement, redevelopment or relocation works. Indeed, organisations that are not used to dealing with this sort of issue are at increased risk.

Consultants, Architects, Engineers and Contract Administrators would be expected to be fully aware of the issues, as would those in the public sector where they have previously been subject to the Prevention of Corruption Act.

Contractors must also be aware of the issue and act in a similar manner.

Anyone old enough may remember the political earthquake that occurred following the Poulson case in 1972*. In the aftermath, some local authorities issued instructions that officers could not even accept a cup of coffee from a contractor for fear that this could be considered a bribe.

When did the Act come into force?

Who needs to be aware of this?

All organisations based in or carrying out business within the UK. Operations must be aware of the Act and, most particularly, those that handle or are responsible for significant amounts of money.

What action should be taken?

All organisations should address any potential risks and put in place appropriate procedures.

The procedures put in place to implement an organisation's bribery prevention policies should be designed to mitigate identified risks, as well as to prevent deliberate unethical conduct on the part of associated persons.

To assist in this, the Ministry of Justice has published guidelines that may be downloaded from their website. 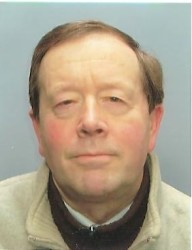 LEGAL WARNING
This article is for general guidance only. It does not constitute legal advice and reliance should not be placed on it. No liability can be accepted by the author for its contents. The interpretation of the law on the matters covered is a matter for the courts. Any organisation or individual affected by these issues should take their own legal advice where appropriate.

*The bankruptcy of a major architectural practice revealed that bribes had been paid to secure lucrative local government and other government contracts. Prosecutions followed and John Poulson was jailed for seven years. Others also convicted included a Council Leader, the Chair of a Police Authority and a Senior Civil Servant. It also led to the resignation of the then Home Secretary with others disgraced or forced to resign.