by Laurence Gale MSc
in Local Authority
on 14 Nov 2010

0 The Bury best for Les! 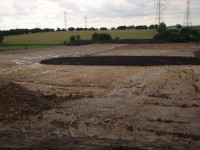 As an ex local authority client officer, I am always keen to hear good news stories from local authorities, especially when they are currently under such scrutiny in respect of service provision.

It would seem that not all are losing the plot in terms of maintaining and delivering services! Bury Metropolitan Borough Council, who in recent years and through a very determined Technical Parks Officer, Leslie Beardwood, have managed to secure some much needed funds to refurbish a number of football pitches in the borough.

The council was successful in being granted funding from the Football Foundation, via the Lancashire FA, for upgrading pitches in the borough at Ainsworth FC, Seedfield Sports Club and Westbury Sports Club.

Les began his career with the council as a parks apprentice in the late 1970s and, over the years, has worked his way up the ladder to his current post of technical officer, overseeing the management of all the parks and sporting facilities in the borough, which include sixty-five football pitches and twenty-five bowling greens.

As they are all soil based, one of his most challenging tasks is to ensure the football pitches are playable all year round. This can become a problem without a good surface water drainage system, appropriate end of season renovations or a decent maintenance programme.

In his time, Les has witnessed many innovations that have helped improve the way sportsfields are managed, in particular the wide range of new drainage/renovation technologies and, in recent years, has been instrumental in utilising these new techniques to improve his pitches.

An accomplishment of which he is justifiably proud, was the securing of funding from the Football Foundation last year to implement the use of a Koro Top Drain on four of the council's soccer pitches as a regular part of end-of-season renovation. 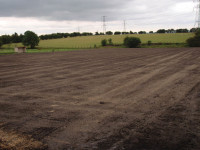 The Top Drain is the only established machine capable of cutting three trenches at once, and importantly, removing the spoil. It then injects sand and re-compacts all in one operation, leaving a permanent drainage solution.

This year Les oversaw work at three other sites, using awarded funding to improve the playing surfaces at three clubs:

Ainsworth FC: The club had their pitch levelled, which previously had a slope/gradient of 14ft. The work has made a tremendous difference to the playing surface. The cost of the project was £25,635, of which the Football Foundation provided £14,635.

Seedfield FC: The sports club had their football pitch Koro top drained to improve its drainage. The cost was £27,325 with the Football Foundation chipping in £14,825.

Westbury Sports Club: This club is currently in the process of having a sub-surface primary and secondary drainage system. The drainage slits are being put in using an AFT Whiz Wheel, with primary drains at 5m centres and sand bands at 1m centres. The project cost is £25,920, with £9,683 coming from the Football Foundation.

However, it is important to stress that none of the work completed will remain sustainable without appropriate, end of season renovations and good regular maintenance.

This is where Bury council's commitment to delivering appropriate services to keep the pitches in good order, is reaping dividends.

Les has managed to secure a substantial budget (approximately £90K a year) to maintain the pitches. £60,000 is spent in-house, undertaking the more traditional programmes, such as mowing, marking out, aeration, topdressing and overseeding, and as much of the end of season renovations as possible. The remainder is used to employ contractors to undertake the more specialist end of season work. 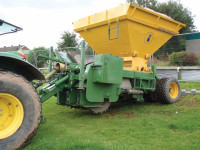 For a number of years, the council has been setting up a number of 'self-help' schemes, whereby clubs take on a number of tasks themselves, for example, looking after the clubhouse and changing rooms, marking out and policing their own fixtures. The council generally only cut the grass on a fortnightly basis, using their fleet of Trimax rotary mowers. If the clubs want it done more often, they are usually expected to pay for additional cuts or do it themselves.

Les tries to ensure all the pitches get a reasonable level of service each year - aeration with vertidrains or linear aerators, fraise mowing, topdressing, fertiliser, overseeding etc. - to ensure the pitches remain in a playable state.

The council has also helped the clubs obtain equipment at reduced rates. For example, they have subsidised the cost of portable aluminium goalposts. The clubs are responsible for putting up and taking down these goals. This scheme has helped to reduce wear in the goalmouths and cut down on mindless vandalism.

Consequently, the Bury pitches are reaping the benefits of proper maintenance, providing a decent level, well drained playing surface for the club's teams to play on. 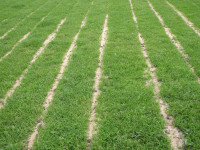 The improved quality of the playing surfaces has resulted in successful self-help football clubs, attracting, in turn, more adults and youngsters into the game.

I wish more councils would follow this example and get back to basics. It's not rocket science! It's simply about maximising and utilising resources, equipment and new technologies.

There are still many funding schemes available to help achieve these goals, as Les has clearly demonstrated. It just needs one person to take responsibility.

Les is keen to continue improving his facilities at every opportunity. It is what local authorities should be about -providing services for the community. Far too many have eroded their services in recent years, and are not now capable of maintaining natural turf pitches to the standard they once were!

I take my hat off to Les. He has shown it is not all doom and gloom working for local authorities.