0 'The buzz is back' at Muirfield, says course manager

A former caddie is at the heart of efforts to ensure Muirfield looked its best when the AIG Women's Open teed off on Thursday. 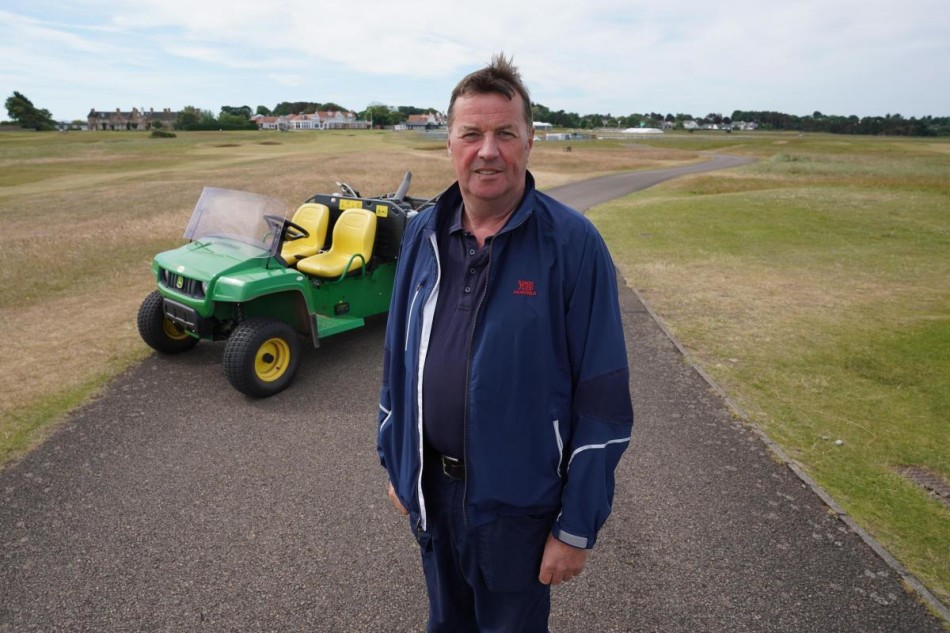 Colin Irvine, course manager at Muirfield, is looking forward to the tournament getting under way.

Some of the best female golfers in the world will play the Major at the county course for the first time.

Colin Irvine is no stranger to the venue, having started out working there as a caddie more than forty years ago.

The opportunity to become a trainee greenkeeper came up and he has been involved with the venue almost ever since.

The AIG Women's Open marks a new era in the club's history and Colin has no doubt that this is a magnificent opportunity for the course and the club to showcase the standards for which it is famous.

He said: "The buzz is back. It will be fantastic to see such high-calibre players on show around the golf course that we are privileged to call home. As always, we are dedicated to ensuring that Muirfield will shine on the world stage."

Although Colin never rubbed shoulders with the greats of the era while he was carrying clubs, he did get to watch the legends of the game when The Open Championship came to Muirfield in 1987.

By the time the competition returned in 1992, Colin had been promoted to deputy course manager.

A brief stint away from the links saw him return in 1994 to take up his current role as course manager, and he led the greenkeeping team for both the 2002 and 2013 Open Championships.

The 57-year-old will lead a 27-strong greenkeeping team made up of 12 regular Muirfield greenkeepers, supported by colleagues from neighbouring Renaissance, Luffness New and Kilspindie clubs, as well as eight R&A scholars.

Colin and his team manage a total of 81 hectares on the property, including the golf course, the turf nursery and facility areas. There are 11 hectares of tees and fairways, 1.5 hectares of aprons and greens, 4.5 hectares of semi and cut rough, and 147 bunkers.

"We aim to present a championship-quality course every single day," said the Gullane native.

Course preparation started two years ago and six of the tees which will be used during the championship have been rebuilt, while 30 bunkers have been refaced and 8.1 hectares of rough were cut, baled and raked early in 2022.

The purchase of two electric Toro triplex mowers for the greens not only saved time and manpower but also added to Muirfield's green credentials.

Colin added: "We are a forerunner when it comes to our environmental impact."

"We have our own ecologist, appointed by The R&A, who is always on hand to offer advice and, for over seven years, we have been GEO certified, the highest sustainability rating in golf. As a golf club, we aim to be self-sufficient."

"We grow our own turf in a turf nursery at Muirfield. This is done on a 10-year rotation, and it helps the bedding-in process as all the turf is native. We also have our sand quarry on site. This helps maintain the consistency and high quality of every single one of our 147 bunkers."