0 The case for flexibility at work 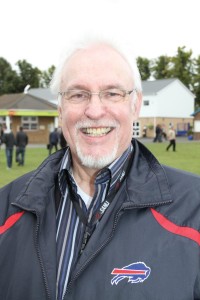 A quick update first. You may recall in my last article - 'Getting a more objective view of difficult situations at work' - I considered the 'drama triangle' and how it can be so tempting to slip into the victim mentality at work during difficult times. I also listed some of the organisations that exist to help us when we have worries in the workplace.

On a related matter, you may have seen in the news that the number of people in serious debt in the UK has risen to 8.8 million. Nearly one-in-five of us are in serious debt.

Apparently, 48% of people in serious debt are homeowners, 58% of them are in work and 74% of those in serious debt have acknowledged that they are "unhappy". That said, only 17% of them have sought advice on dealing with their debts. I suspect that some groundsmen and greenkeepers may be in this 8.8 million figure.

Doing some quick mental arithmetic leads me to ask a question. Does this mean that 57% of the 'unhappy' people in serious debt are 'happy' to be victims and do not want to help themselves?

If we add in those that are not unhappy then are the 83% of people in serious debt happy to do nothing about their situation other than incur more debt? Are they willing victims in a drama triangle?

If you are, or you know someone who is, in serious debt then the National Debt Line on 0808 808 4000, the Money Advice Service on 0300 500 5000 and the Citizens Advice Bureau (visit them at your local office or online) all exist to help people manage their debts.

Indebtedness, of course, can limit our flexibility. We may have to count the pennies before we go to the supermarket or replace an item that has worn out or been broken. The flexibility I want to touch on today though is the flexibility that employers believe that zero hours contracts can bring to the workplace.

This article reports recent research findings, but it is not intended to be authoritative, and I am certainly not giving advice. I suggest that, if you want independent advice on zero hours contracts, you try (say) the legal helpline of your staff association.

I do want to make the point that zero hours contracts have been on the rise since 2008 and you may have to prepare yourself to sign one when you change jobs or when you have your terms and conditions 'updated' by your employer.

We may have to accept that it could happen to you one day, so let's be ready for them with the right ideas and the right attitude should they appear one day.

Definition of a zero hours contract

A zero-hours contract is an agreement between two parties in which an employee may be asked to perform work for an employer with no minimum set contracted hours. The contract will provide what pay the individual will get if he or she does work and will deal with circumstances in which work may be offered and possibly turned down.

Key Results of the Research

The Chartered Institute of Personnel and Development (CIPD) published the results of its research in the summer of 2013. Their report - Zero Hours Contracts: Myth and Reality - suggested that there are now just over 1 million people (or 3.1% of the workforce) employed under a zero-hours contract. There is no indication in their methodology that significant numbers of, or indeed any, turfcare professionals were surveyed, but here are some of the key results of their research:

On average, organisations that use zero-hours contracts estimate that one in five of their workforce are engaged under these terms.

The CIPD reports that almost half of zero-hours contract workers report they are satisfied with having no minimum contracted hours, with 27% saying they are dissatisfied and almost a quarter neither satisfied nor dissatisfied.

Notice given that work is or is not available

In all, 46% of zero-hours contract workers say that they either receive no notice at all (40%) or they find out at the start of a shift that work is no longer available (6%).

Working for other employers at the same time

6% say that they employ zero-hours contracts on a variety of these arrangements.

60% of zero-hours contract workers agree or strongly agree they are satisfied with their job with 19% disagreeing. This figure is very similar to that of all employees, i.e. 59% agree and 20% disagree.

On average, 65% of zero-hours workers say they are satisfied with their work-life balance compared with 58% of all employees.

Conclusions of the CIPD Research

Pros - The CIPD research suggests that zero-hours contracts, managed properly, can work for both employers and individuals. Zero-hours workers are much more likely to be satisfied with having no minimum set contracted hours than they are to be dissatisfied. They also report marginally higher levels of overall job satisfaction than the average employee.

Following their research, the CIPD made some recommendations for employers. These can be found in their report 'Zero Hours Contracts: Myth and Reality' which is available as a download from their website www.cipd.co.uk.

If you are feeling troubled by what is going on at work, a good place to start might be to contact Chris Johnson, Pitchcare's Training Co-ordinator at chris@pitchcare.com. She can tell you immediately which training programme will help you to have more real influence and impact at work when (for example) you have to deal with the prospect of new working arrangements.