2 The curse of late payment 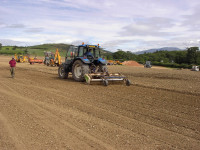 Stuart Pool, an independent consultant and former lecturer, local authority officer and contracts manager with over forty years experience dealing with sports turf construction and maintenance, looks at the options available to those suffering from 'the cheque's in the post' syndrome

Whilst the recent increase in funding for improvements to sports grounds is to be welcomed, late payment on such contracts is not. Slow payment is a long standing issue, but the situation seems to have worsened, of late, and this has occurred despite the introduction of a raft of legislation and regulations.

All too often, payments take months to come through and, in the meantime, contractors have to meet labour, plant hire and material costs. In effect, they are expected to act as bankers for their clients. They are, however, under no legal obligation to do this and are legally entitled to suspend work and to charge interest on overdue payments. 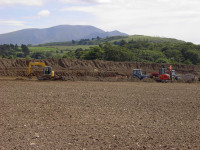 Delays in paying, and other abuses regarding payment, have long been a problem for general construction work. In consequence, the standard forms of construction contract and forms used for such projects (ICC, JCT, NEC and the like) all provide a process and timetable for the approval and payment of invoices, and state the interest rate payable on overdue payments.

Acts of Parliament governing construction contracts have been introduced which ensure that payment must be made within a defined period and that, if payment is not to be made, then the contractor is informed within a strict timetable. Initially, this only applied to written contracts but has now been extended to verbal agreements.

Standard forms of contract have been amended or redrafted to comply with the law and, where they are not employed, contractors still have recourse to the default regulations. Where an agreement or contract does not provide for interest on overdue payment, then the Late Payment Legislation may also apply.

What work is covered?

Under the legislation, the definition of 'construction' is quite wide ranging and includes virtually all landscape, sports ground construction and drainage work, including design and consultancy. All sizes of project are covered and the legislation has been drafted so as to preclude avoidance.

The legislation to date does not, however, cover ordinary householders employing a contractor, whilst there are some exceptions for specific types of operation.

The legislation on late payment is of more general application and confers rights on businesses to charge interest on overdue payments for business to business transactions. It also sets limits on the period for payment.

What does all this mean?

All this means that, if a sports club or any other organisation has construction work carried out and is presented with a bill*, then there are two choices;

- inform the contractor, in writing, how much, if anything, is to be paid and the reasons payment is to be less than that requested

Not only must this be done, it must be done within the time allowed under the Contract or under the Regulations.

If a club fails to act, then there may be consequences. The first is that the club may be deemed to have accepted that payment is due and, in consequence, is responsible for paying the full amount of the bill or invoice. 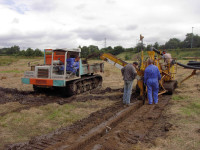 If the club fails to pay within the prescribed time, then the contractor can, on giving seven days notice, suspend work. If such suspension results in extra work, then the club is legally bound to pay for any extra costs.

In the first instance, this would simply be a breach of contract that could be remedied by the payment of the overdue amount. If, however, the payment is not made after an extended period this may put the club in 'Default of Contract'. Default is a more serious issue and the contractor can, having served notice, terminate the contract and vacate the site. The club would remain liable for the payment but could not insist on the contractor returning to site to complete the works, even when payment was made.

In most circumstances, where standard forms of contract are involved, there will be a requirement to pay interest on the overdue amount. In the absence of such a provision, if payment is late then general late payment legislation may apply and the contractor can, as a right, charge interest at an annual rate of 8% above The Bank of England Lending Rate.

Standard forms of contract are likely to involve payment at rates that are significantly above this; for example, there is a default provision under some NEC contracts of 0.5% per week.

Can Clubs avoid this liability?

The short answer is no! It is possible to vary the timescale as to the date of payment and the date of any Pay Less Notice, and to agree a different percentage of interest. Such agreements have to be extremely carefully worded or a court may consider that the agreement does not meet the required criteria, or the interest rate may be considered grossly unfair. In these cases the default Regulations apply. 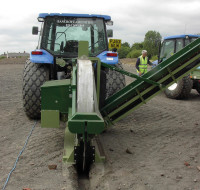 The legislation has been drafted specifically to prevent avoidance, so beware.

If, for any reason, the club is unable to make a payment, as with any other debt, they would be well advised to tell the contractor indicating when funds are likely to be available. This does not change the legal situation, but most contractors will react favourably provided they feel secure that payment will be forthcoming within a reasonable timescale. If funds are being provided by a third party, then they should also be informed of the problems that are being created.

When did the Acts come into force?

The Legislation dates back to 1998, with numerous updates by Acts of Parliament and changes to regulations. The latest relate to Late Payment Regulations which were amended in March 2013. The general tenor of the legislation has been to strengthen and extend the original acts and regulations

Who needs to be aware of this?

Any organisation issuing orders or entering into contracts should be aware of the liabilities. The legislation generally does not apply to private individuals.

Any organisation responsible for providing funds or grants to pay for such projects should be aware and should ensure that the funds are made available, otherwise they may force the club into breach of contract and render them liable for additional costs as well as resulting in delays in completing works, or worse, forcing clubs to default.

Whilst liability, in the first instance, falls directly on the club, they cannot rely on any 'pay when paid' clauses as these were rendered unlawful at the end of the last century. Any funding arrangement, which does not allow clubs to meet their contractual liabilities, is at best sloppy and might even result in clubs seeking remedy from the funder. It would be perverse if the admirable aim of encouraging the provision of better sports facilities were to result in rendering clubs insolvent.

*Standard forms of contract usually require the issuing of a payment certificate by an engineer, architect or contract administrator. Payment should be made against such Certificate and within the time allowed in the Contract. If the Club objects to any certificate they should register their objection in accordance with the Conditions. 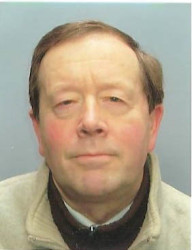 LEGAL WARNING
This article is for general guidance only. It does not constitute legal advice and reliance should not be placed on it.
No liability can be accepted by the author for its contents. The interpretation of the law on the matters covered is a matter for the courts.
Any organisation or individual affected by these issues should take their own legal advice, where appropriate.

The legislation covers England and Wales, with separate though similar legislation covering Northern Ireland and Scotland.
Construction Contracts and Forms (JCT, NEC, ICC, FIDIC and more) are available from the Royal Institute of British Architects at http://www.ribabookshops.com
Further information - http://uk.practicallaw.com/3-502-2528#