by Adam Ellis, The Cricket Paper
in Cricket and General Interest
on 21 May 2018

The impact of climate change is set to be felt harder by cricket than any other sport according to a report by leading action group Climate Coalition. 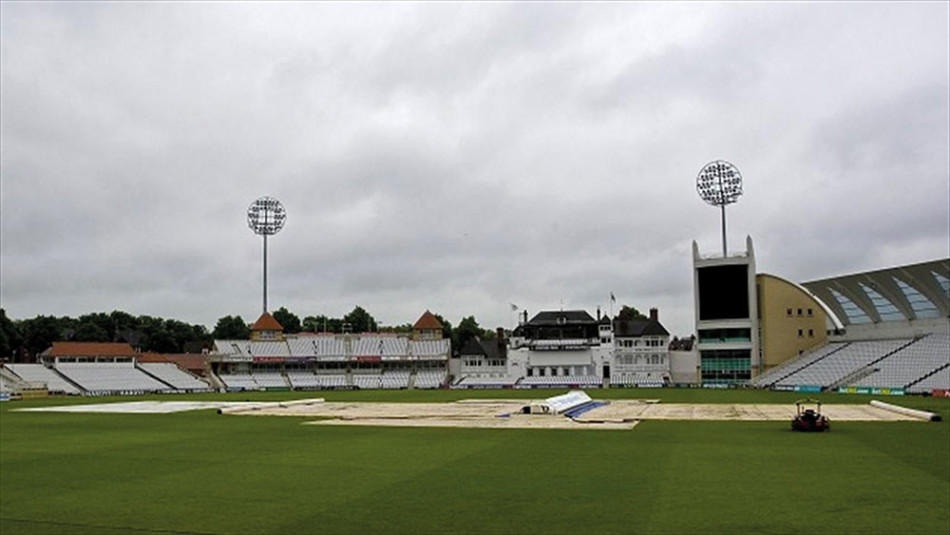 The swing between downpours and drought-like weather has already seen a trait for abandoned matches form in recent years, as no result was possible in two of the seven Tests England played last summer when they welcomed South Africa and the West Indies.

Figures from around the county game have shared the warnings in the report, with Glamorgan head of operations Dan Cherry conceding climate change could 'fundamentally change the game'.

Speaking to Betway, Cherry said: "The less cricket we play, the fewer people will watch it, the less they will come to the ground and pay to enter, the less chance there is for young people to be inspired."

Cricket fans in England and Wales are accustomed to seeing four seasons in one day, but for ground staff the unpredictability makes planning a matter of adaptability rather than straightforward.

Preparing the Trent Bridge surface and outfield for summer matches against Australia and India this summer, head groundsman Steve Birks says it is the heavy rain that a groundsman fears most but elaborate drainage systems ease the heavy workload. 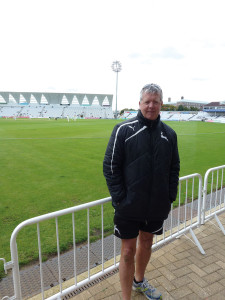 "In this country, you're relying on the weather," Birks said. "One week it's 27 degrees, and the next it's central-heating weather again. You can't rely on it being red hot for a week."

"The rain is getting tropical, it is getting heavier," he says. "We're getting thunderstorms more often when it rains - I think that's when you can tell the difference. But then that's when the new outfield comes into its own.

The new outfield Birks is referring to is the product of a £600,000 grant from the ECB to Trent Bridge - plus the Swalec Stadium and Headingley - to renovate its outfield in 2008, including a new turf surface, drainage and sprinklers.

"The drainage at Trent Bridge is now second only to Lord's," he says. "It can take up to 25mm per hour in most places on the square.

"Beforehand, it was just a clay-based outfield with land drains in. Now it's got a rootzone up to 150mm, drains every five metres, and pop-up sprinklers in between drainage. It really takes it away." 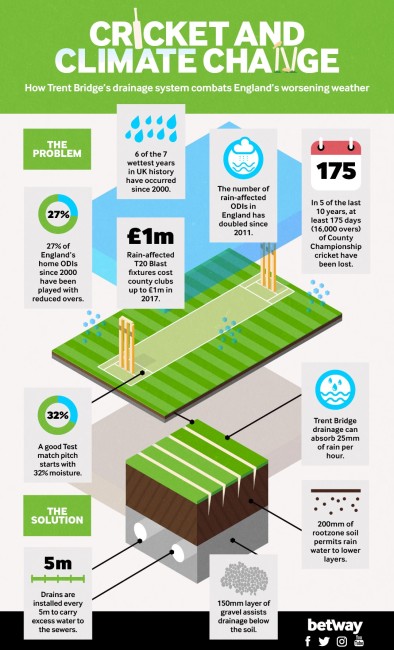