0 The end of parklife as we know it? The battle for Britain’s green spaces

Here's a hard-hitting article from The Observer's Rowan Moore who suggests that Britain's parks are in crisis. He asks, with councils such as Bristol cutting spending to zero and land being lost to developers, what's happening to our public spaces? 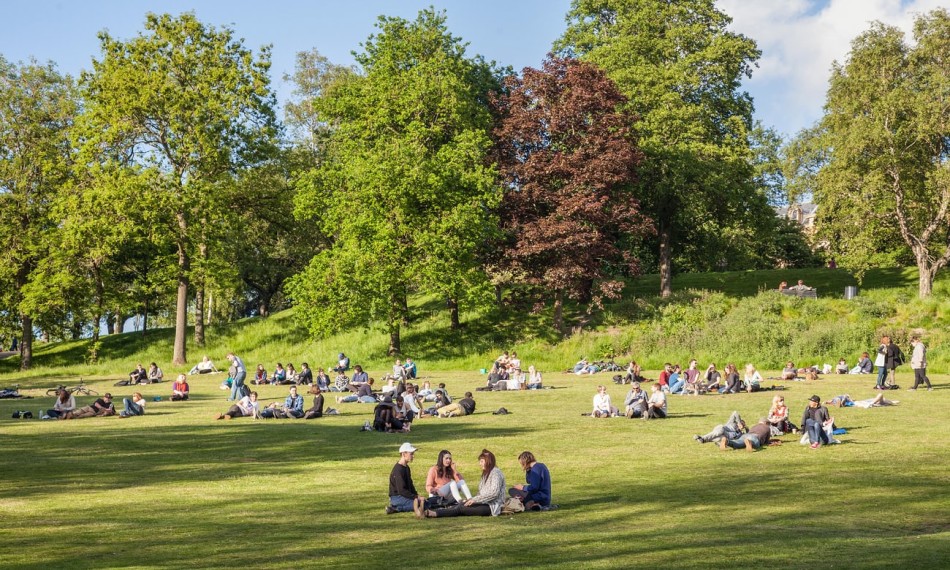 We can expect, now that cracks are appearing in the government's commitment to austerity, calls for many deserving causes to be released from their starvation diets. Of these, Britain's parks and green spaces have been among the most viciously cut. They cost little in relation to their benefits. They are also assets for the long term, representing years and decades of investment that will be lost if they are degraded or, as is happening in some cases, sold off or built over. If, as David Cameron says, the point of austerity is to give future generations protection against future hard times, it makes no sense to throw away things of lasting capital value. Once gone, they won't come back.

For who could not want parks? Who could not want their freedoms, their solace, their greenery and fresh air, their beauty, their opportunities for conviviality and solitude, their democratic indifference to class and wealth, the glimpse of nature they offer in hard cities? Playing in the park is a central part of urban childhoods, the stuff of memories and children's stories. What could be wrong with what the Danish architect, town planner and writer Steen Eiler Rasmussen found in British parks - the "raw sensation of the elements" and their ability to free the mind? "How valuable it is," he wrote, "to have access to the wonderland of an unrestrained imagination." Henry James called them "an ornament not elsewhere to be matched". 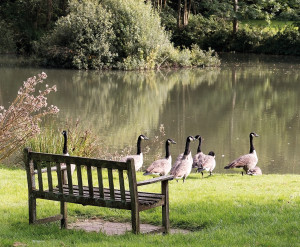 Who could not be grateful to the Improvement Commission of 1841, which created Birkenhead Park in the Wirral, the world's first publicly funded civic park? Or to the Victorian campaigners who fought to preserve common land from developers or to the local authorities that acquired and maintained green spaces in towns and cities or the benefactors who endowed them?

Parks are good for bodily and mental health. They help in the fight against obesity. They are good for biodiversity and lower city temperatures in the summer. They are free, where other ways of entertaining your family are not - whatever savings might be made to taxpayers by cuts to parks will be spent several times by those same citizens on other distractions. As major cities become more populated and as rising property prices mean fewer people can afford houses with gardens, they are becoming more vital. They are incredibly good value: the National Federation of Parks and Green Spaces estimates that the combined local authorities' expenditure on open spaces in England, Scotland and Wales is about £1.2bn per year, or 0.15% of total public expenditure.

They give benefits worth many times that: according to research by City of Edinburgh council, they return £12 in social, environmental and economic benefits for every £1 invested. They are popular and getting more so: 57% of the population visit a park at least once a month and the numbers are rising. They are good - if your pinched soul cares for nothing else - for property values. Almost everybody would want them to thrive, except maybe those so satisfied with their own garden or estate that they don't care about those who don't have them.

Yet Britain's parks are now facing their greatest dangers for a generation. Their maintenance budgets are being halved or worse. Local authorities, desperate to reduce their costs, are trying to exploit them with every commercial use they can think of, or offload their care on to the private sector, or on to friends' groups and community associations little more able than the council to look after them on minimal budgets.

The consequences are that parks become shabbier, uglier, more badly maintained and, eventually, more dangerous. Drew Bennellick, the Heritage Lottery Fund's head of landscape and natural heritage, says that local authorities are losing the skills of ecology, arboriculture, horticulture and landscape architecture, resulting in "random tree planting, a huge increase in herbicides, fountains being shut down, graffiti not being removed, mismatched street furniture and cafes being replaced by mobile food units". He says that some maintenance contracts only allow 30 seconds to prune each shrub, so they are hacked into small spheres. "You end up with bare soil and a few shrubs in ball shapes," he says. 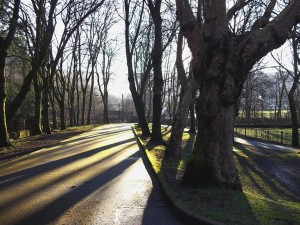 Antisocial behaviour creeps in. Cycles of decline start, in which parks get nastier, so their users stop going, so they get nastier still. City-dwellers retreat more to their homes and their electronic screens, with terrible effects on health. Intrusive and inappropriate commercial uses colonise green space and disturb the lives of residents. Fees for sporting facilities - tennis courts and football pitches - go up. In the worst cases, public green space is sold off for development and lost for ever.

Last year, the House of Commons communities committee said that parks were at a "tipping point" and that "if the value of parks and their potential contribution are not recognised, then the consequences could be severe for some of the most important policy agendas facing our communities today".

The Heritage Lottery Fund noted a growing gap between the rising use of parks and declining funding, a gap that "does not bode well for the future condition and health of the nation's public parks". The Commons committee also said that central government should provide "vision, leadership and coordination".

To which central government only shrugs. Until June, there was a minister with responsibility for parks, one Andrew Percy MP. He didn't seem to achieve much, but when I ask the Department for Communities and Local Government who can now speak on the subject, I am told there is no replacement and I am offered the Northern Powerhouse minister or the minister for local government. A week later, I am told that the latter, Marcus Jones MP, is in fact also the new parks minister, even though it is not among the 10 responsibilities listed on his official website. 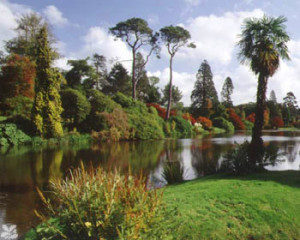 Nor can he talk to me or respond to the committee's call for vision, leadership and coordination. I am however told that "parks breathe life into our towns and cities and are spaces for the whole community to come together to exercise, learn and play". Gee, thanks. The department then boasts of a £1.5m fund - a whole £1.5m! - to deliver 87 pocket parks. Finally, it says that councils have the "freedom" to spend their much-reduced funding on "meeting local priorities, including maintaining local parks". As far as national government is concerned, in other words, it's not their problem. They've outsourced it to local authorities.

This abnegation of responsibility is the reason why parks all over the country are degrading. Local authorities have had their budgets cut drastically. They have to maintain their statutory duties - to house the involuntarily homeless, for example - which means that everything else gets squeezed even harder. Looking after parks is not a statutory duty. So, even though their running costs might be less than half a per cent of a local authority's budget, they get cut and cut again.

Bristol City council has announced that its expenditure on parks will be cut to zero in 2019. Newcastle has cut its parks budget by 90% over the past seven years. Liverpool is exploring the option of handing management of its parks to the private sector and is looking to raise money by selling pieces of green land for development. Sometimes, the motivation is not only to cut running costs but to raise cash for other parts of a council's budget. The London borough of Bexley is allowing development on some of its urban open spaces. In Stockport, 70 homes are being built on part of a country park. 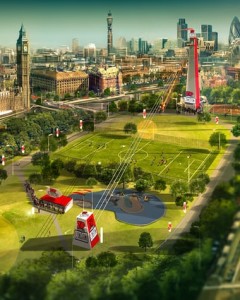 The first remedy that desperate councils turn to tends to be commercial activity: funfairs, concerts, food and beverage outlets, a Go Ape! treetop ropes course in Battersea, London, and the "biggest, fastest city zipwire in the world" in Archbishop's Park, Lambeth, also in London. Bennellick says that "events in parks can be incredibly successful" and cites the success of Nottingham's parks in working with business and community groups to raise funding from commercial uses. In surveys, 60% of park users were happy with more such activity. Christopher Woodward, of the Garden Museum in London, says: "You shouldn't always be frightened of the private sector." He points out that Vauxhall Gardens, which for two centuries were London's most famous place of leisure, were private.

Once parks start being eroded, a principle is breached, and there's no guarantee where the destruction will stop

But commercial events can also trash the ecology, disrupt the peace and inflict crowds, litter and traffic jams on residents. "The local community is up in arms because they can't go into their own homes," is a typical comment. Things such as zipwires need intrusive steel structures 30m or so high. And these attractions are accessible only to people who can afford their prices - £124 for a family of four to experience Go Ape! or £78 for the zipwire.

Councils go to the private sector, both to run parks and exploit the commercial opportunities they offer. But the profit motive does not have the long-term wellbeing of natural assets at heart. Bennellick argues that, as well as creating those shrivelled shrubs, private contractors have no interest in the bigger picture. To maximise their environmental benefits, he says, parks need a strategic approach that considers them not in isolation but in relation to each other. There's not much chance of this happening in a minimum-cost maintenance contract.

A good, or bad, place to see the future of British parks is Liverpool. This is a city which, under the mayor, Joe Anderson, is in the vanguard of trashing its heritage in the interests of property development. So it may not be surprising that the city should have tried to destroy Walton Hall Park, created as a public asset in 1934, the fourth largest park in Liverpool and an incalculable benefit for the 45,000 residents of adjoining wards, among them some of the poorest in the country.

The plan was to build a new 55,000-seat stadium for Everton FC, along with 30,000 square metres of retail and leisure space, 1,000 homes and a 150-bedroom hotel - not surprising, maybe, but still shocking, an act of thuggery against the values that have been making cities better places to live over the past century and a half. As well as its 130 acres of grass and mature trees, it has had Football Association training pitches for a while that the public can also use, as well as lakes and bowling greens.

You can read the full article from The Observer HERE