0 The Environment and Golf 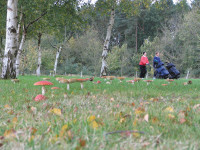 Increasingly joined up thinking is helping agencies, authorities and the golf industry unite under the realisation that golf courses are the key to the nurturing and protection of flora and fauna.

The environment continues to move up the agenda within the golf club management sector. Since the first publicly proclaimed forays into protection of the flora and fauna on Britain's courses, the momentum for change and sustainability on and around our greens and fairways has gathered strength to the point where few secretaries can claim to be non-conversant with at least some of the environmental and ecological issues affecting their acres.
Slowly but inexorably, the wider public too is beginning to appreciate the ecological value of golf courses as custodians of precious (and vanishing) wildlife habits.

That shifting perception is coming about, in part because of strenuous efforts by national agencies and industry bodies growing increasingly collaborative, not only in Britain but throughout Europe.

The diversity of habitats on golf courses is vast, from that of the famous Natterjack toad, seen on some of North-west England's courses around the Wirral, to ponds preserving the livelihood of great-crested newts and links courses that succour plants found only in sea-salty coastal climates.
Clubs are self-policing environmental standards with help from agencies such as the Sports Turf Research Institute (STRI), part of a universally felt need to maintain codes of practice to protect flora and fauna rather than introduce draconian legislation.

"Most courses have studied the species they need to protect," says John Lockyer, a consultant agronomist at the STRI but for those still in the ecological 'wildnerness', there are steps that clubs can take to develop an environmental strategy.

The Institute, for example, runs a dedicated ecology department charged with the task of visiting clubs, planning environmental programmes then working with clubs on rolling them out.

Among a mounting list of environmentally well-managed clubs, Lockyer singles out such courses as Hankley Common, Beaconsfield and Royal St George's for their quality of ecological stewardship.

To take just one example, Beaconsfield proudly proclaims that its "Eco-Rough" is home to an increasingly diverse range of wild flowers, butterflies, insects and fungi.

"The rare pyramidal orchid, Anacamptis pyramidalis, has been spotted on the course this year," the club reports and urges anyone who has "the necessary skills to identify these and other items of interest" to join its ecological sub-committee.

Not only the environmental question comes into the equation, Lockyer goes on. "It's in clubs' best interests to reduce their overheads by less intensive management procedures such as pesticide and fungicide application. They can save money and encourage the maintenance of the eco-system on course."

Partnerships between the STRI and Natural England (English Nature changed its name in early October) the government's wildlife advisors have positive prompted change throughout the industry. 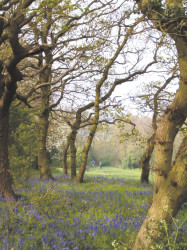 The then English Nature and the English Golf Union co-funded a £100,000 three-year sponsored project to be delivered by the STRI to bring free ecological advice to up to 70 golf courses a year.

"Many courses actually have SSSIs [Sites of Special Scientific Interest] on their courses," a spokeswoman for Natural England notes: "Examples include Royal Lytham St Annes and Royal St George's, in Sandwich, Kent. Courses such as these want to inform the public and members about the diversity of wildlife within their boundaries, sometimes producing literature during major tournaments giving a hole by hole account of wildlife on and around the course. More and more these days, wildlife is appreciated, valued and assisted on golf courses."

When Royal St George's held the Open in 2003, an estimated 160,000 spectators were able to visit a site that supports arguably the biggest population of rare lizard orchids.

English Nature backed a 36-page full-colour pocket guide to the wildlife on the course that alerted spectators to a skylark by the sixth fairway, a common lizard, brown hare and hen harrier at the ninth and pied wagtail, wheatear and spotted flycatcher on the eighteenth - not forgetting the lizard orchids at the first tee.

The three-year project has been completed but the work goes on at a quickening pace to advise courses on how to become effective ecological custodians.

STRI ecologists Bob Taylor and Lee Penrose travel the length and breadth of the country, laying plans for the management programmes that will encourage sustainable habitats.

Since then, the agenda has moved ever more into the European arena. Golf Environment Europe, a partnership of golfing and environmental bodies working to promote environmental sustainability in the sport, is planning to introduce a certification scheme for clubs as evidence that they meet required standards of stewardship.

The scheme has far-reaching consequences for not only the environmental health of clubs but also their financial prosperity. 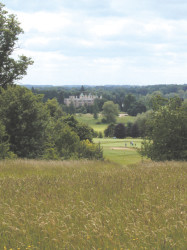 In the US, where the Audubon programme offers a method of certifying that clubs have reached a high standard of environmental stewardship, such a mark of quality can be a significant element in clubs' ability to attract members. Golfers in the US increasingly use environmental credentials as their yardstick of choice.

Issues such as the chronic water shortage in the South-east of England help propel environmental matters into the public eye and swiftly move the agenda forward as clubs strive to become sustainable in their water requirements.

But, taking a step backwards in the process, it is golf course architects that can find themselves bearing the brunt of environmental edicts, notes David Stubbs, writing for the European Institute of Golf Course Architects website on environmental issues facing golf in Europe. But their experience in this field can be "of great value", he maintains.

He refers to some "extreme examples" of action against golf courses, including a water authority decree issued to Catalonian courses to cease using groundwater for irrigation with immediate effect and the reassignment of two long-established Flanders courses to other sites, despite them being seen as safeguarding undeveloped coastal habitats.

"These may seem extreme examples but they are indicative of a wider trend in Europe for tough, uncompromising regulations on golf, especially at regional levels," adding that such actions are "evidence of a general ignorance of the practicalities of golf course construction."

The issue of self-policing of environmental issues on golf courses is paramount to progress in the industry, believes Mike Wood, environment spokesman for the EIGCA and himself a golf course and landscape architect:

"The highest standards of stewardship only result when voluntary effort is added to legislative control. There are existing accreditation schemes for environmental stewardship on golf courses both in UK and overseas. Architects recognise the value of these to golf clubs and golf developers and are pleased to promote them."

Although in England the pace of new golf course development has slowed in the new millennium, action is under way to develop environmental guidelines for new developments: One of Golf Environment Europe's upcoming projects is to prepare a document on such guidance. "This is clearly within architects core area of interest and expertise," Wood says, "and EIGCA, who are members of the Steering Group of Golf Environment Europe's European Forum for Sustainable Golf, will be a key partner in producing this."

In many ways then, the golf course industry can look forward to continuing progress on the environmental and ecological issues as both specialists and the public move to a greater understanding and eventually, fulfilment of the potential of courses to be the ultimate guardians of this priceless national and international natural heritage.