by Dr Abigail Graceson
in Technical
on 15 Aug 2020

0 The facts of science - how it works

Nearly two years ago, back when the world still felt relatively normal, I decided to leave the world of academia and research and step into commerce. To use a term that has now become part of everyday language, my learning curve was exponential. As the new Assistant Technical Manager at Maxwell Amenity, I found that the commercial world works at a far quicker pace than anything I had experienced in academia. By Abigail Graceson. The number of projects I might be working on at any one time was also far greater. However, the learning curve has, in the main, been an enjoyable one and I am pleased to say that many of the working practices and processes learnt within academia have proven extremely useful in my new setting. I have listed some of those that I have found most useful below:

Now, I am in no way suggesting that academia has the sole jurisdiction over these practices and processes, but that is where I learnt them and, I believe that sharing ideas and knowledge with others ultimately leads to improvements for all.

I am now a Technical Manager at a far larger company, since the acquisition of Maxwell Amenity by Agrovista, which again brings a steep learning curve. Like all of us, the company and all the individuals within it are engaging in navigating our way through our changing social and economic landscape as world events, unprecedented within any of our lifetimes, unfold at lightning speed, causing us to think, plan, implement and re-evaluate to keep up with changing demands and requirements.

Now, as much as ever, there is a value in making scientific principles that encompass the attributes listed above the keystones for decision making; not just for those important decisions that are being made by policy makers at local, national and international level, but also within our day to day lives, both at home and in business. 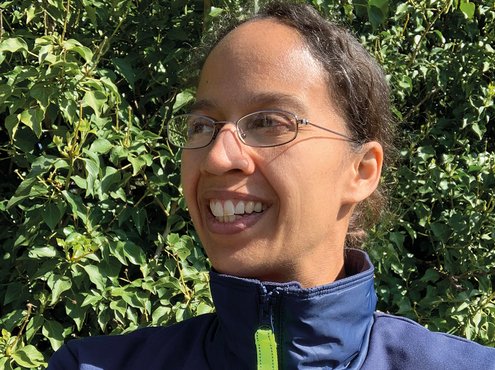 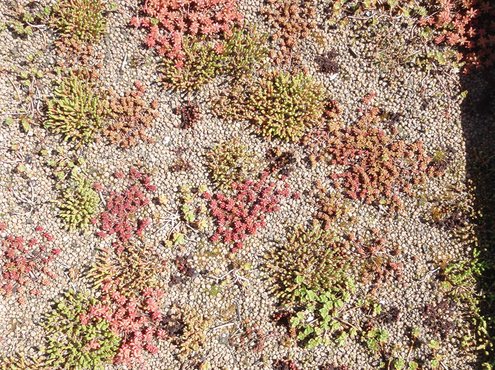 So, I would like to use the rest of this article to discuss why it is that science is always right but, simultaneously, often wrong and how critical analysis of the facts can help us make good decisions.

How can science be both right and wrong?

The reason for this is that scientific 'facts' can only ever be created according to our best understanding at the time and, inevitably, our best understanding changes over time; at any point, scientists should be ready to reevaluate their position given new information. This change rarely happens as a result of one massive shift in understanding and knowledge, but through continual and incremental additions to the existing body of knowledge. Over time, this leads to changes in the original understanding of a fact and replaces it with new facts. The new facts undergo the same process of critique, leading to continual and incremental additions and, over time, these new facts will also be replaced. This process continues for as long as we have an interest in and ability to research any particular theme or idea.

So, when you're looking at the latest fact or idea from science and thinking to yourself 'that sounds like nonsense', it almost certainly is. Maybe not today, maybe not tomorrow but at some point in the future, sometimes sooner and sometimes much, much later the current facts will be debunked and replaced with new ones.

It is this idea of continual and incremental changes in perception means that it is okay to be critical when considering developments in science or knowledge. However, this should not be conflated with the idea of criticising or being overly negative about the work or ideas of others. Instead, the concept of critical thinking relates to an ability to identify the strengths and weaknesses, in ideas or arguments, whilst building an understanding of alternative positions and drawing conclusions about their validity (Cottrell, 2005).

This process happens informally and within the internationally utilised formal process of writing peer reviewed articles. In this process, researchers submit an article to a journal but, before publication, it will be assessed by other experts within that subject area. Articles are often re-written several times before they are published and some never make it beyond the initial peer review process. This process ensures the academic rigour of articles that are published, but it is the material within the articles themselves that demonstrates the concept of critical thinking.

As it is a subject that I know well, I will use my own PhD research as an example of this. My research was about green roofs which are a means of placing vegetation onto the rooftops of buildings, not with the aim of creating a garden but to stimulate positive environmental outcomes. For example, green roofs are thought to reduce the likelihood of flooding in urban area, reduce the urban heat island effect, reduce particulate and gaseous pollutants, improve building sound and heat insulation, and to increase biodiversity. With all these benefits, it is unsurprising that there has, in the last ten or so years, been a considerable increase in the number of papers, including mine, published in this issue.

Way back in 2014, I published a paper in the journal, Ecological Engineering, entitled 'Plant growth responses to different growing media for green roofs' (Graceson, et al., 2014). One of the limiting factors in installing a green roof is the ability of a building to withstand the extra load placed upon it. Because of this, green roof design has focused on the use of relatively thin growing media layers (usually <150mm deep). These are made from a high proportion of inorganic granular materials, such as crushed brick, to minimise the extra weight on the building. Amongst other things, my work extended that of another research group who had contended that:

To expand upon this, I identified that, by utilising different materials for the inorganic component of the growing media, it is possible to limit growth of some of the more enthusiastic plants. This allows for greater species diversity and introducing the possibility of increasing the amount of organic matter in the growing media. This would result in a lower overall bulk density and, therefore, increase the number of buildings that would be suitable for green roof installation. 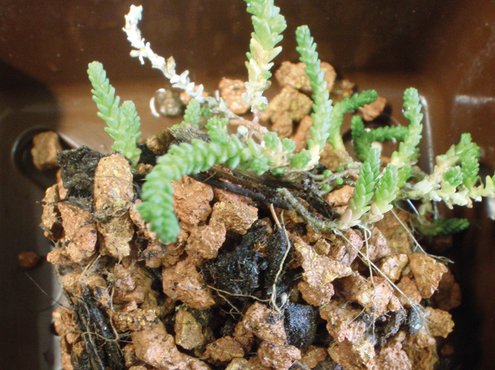 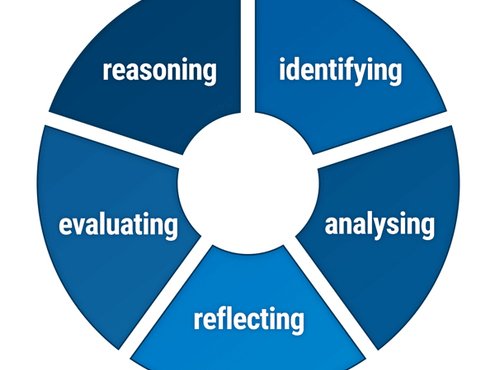 Through critical thinking, I had extended the ideas within the original concept to generate one of those incremental changes:

Concept Mk 2. Organic matter content in growing media for green roofs can be increased provided that another component will act to restrict plant growth.

So, as you read or hear about the latest ideas from the scientific world, please

don't dismiss them out of hand, they will almost certainly be the best we can come

up with at the moment. Perhaps, in time, those ideas will be rewritten but our best hopes of improvement lies in our ability to think critically.

Nagase, A. & Dunnett, N., 2011. The relationship between percentage of organic matter in substrate and plant growth in extensive green roofs. Landscape and urban planning, 103(2), pp. 230-236.