0 The finalists of the BIGGA Awards 2017 have been revealed 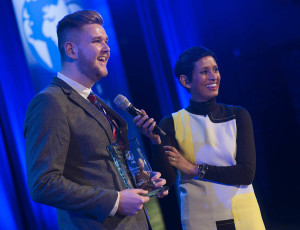 The BIGGA Turf Management Exhibition returns this January, with more than 5,000 turf managers, greenkeepers, golf club owners and industry decision makers expected to head through the doors of the Harrogate International Centre.

One of the highlights of the exhibition will be the BIGGA Welcome Celebration, where the winners of the prestigious BIGGA Awards will be revealed.

The finalists of the BIGGA Awards 2017 are:

Championship Greenkeeping Performance of the Year sponsored by GBR Technology

Phill Chiverton and the team at The Grove for preparing and maintaining the course during the British Masters supported by Sky Sports from 13-16 October 2016.

Lee Bishop and the team at Burnham Beeches Golf Club for preparing and maintaining the course during the English Senior Women's Open Amateur Strokeplay from 14-16 June 2016.

BIGGA Young Greenkeeper of the Year sponsored by Jacobsen

BIGGA Greenkeeping Achievement of the Year sponsored by Rigby Taylor

Ben Kebby and the team at Temple Golf Club

BIGGA Chief Executive Officer Jim Croxton said: "The nominations we received for the BIGGA Awards 2017 reminded me once again about what a talented bunch our members are."

"Greenkeepers are never the first to shout about their own achievements, but when you see the incredible dedication and hard work they put into preparing the nation's golf courses for the enjoyment of others, perhaps they should be."

"The BIGGA Awards represent my favourite time of the year, when we are able to give something back to those members who epitomise the very best our industry has to offer."

"Congratulations to all the finalists, and I look forward to seeing you all at the Welcome Celebration in Harrogate."

BTME runs from Tuesday 17 until Thursday 19 January 2017 and will cover everything from artificial grass to course furniture, irrigation to fertilisers, and much more.

This year also sees the launch of a new BTME smartphone app, available through the Apple Store and Google Play. The BTME 2017 app has a variety of features, such as a calendar of events, exhibitors list, map of the venue and food and drinks offers. Those who download the BTME app will automatically be entered into a prize draw to win a £25 Love2Shop voucher on each day of the exhibition.

You can register online now for BTME or head to www.btme.org.uk for more information.