Life as the director of greenkeeping at the Home of Golf was rarely dull. Gordon Moir's decades of dedication to maintaining St Andrews Links for some of the biggest golfing events in the world has given him an up close and personal peek into the challenges such a role presents.

From dealing with some of the greatest to ever play the game to handling celebrities and dignitaries, Moir has done it all in his 27 years at the famous complex.

But the son of a farmer in Fraserburgh's story did not start there.

Moir said: "I did work on the farm for six to nine months when one of the guys at Fraserburgh Golf Club said: 'I notice you are not playing golf much more. We're looking for an apprentice.'

"By that time a lot of my schoolmates had gone to university so I thought it was time to improve my education and that was how it all started.

"The farm was never going to come to me, it was always going to go to my uncle's side of the family.

"Being brought up on the farm and working on it while knowing it would never come to me, and never being good enough to be a pro golfer, I thought I'd try something different and it has certainly worked out for me."

Moir worked at his home club from 1976 to 1991, with the last 11 years of his tenure being in the role of head greenkeeper. His elevation to the position is something he still finds amusing today.

He said: "I served my apprenticeship and had just finished when I got the head greenkeeper job under strange circumstances as every other member of staff was sacked one day and I was the only one left.

"They had gained a reputation for leaving at lunchtime and it all came to a head one day to leave me as the last man standing. That's how I ended up being the head greenkeeper for 11 years."

But, after 15 years at Fraserburgh, Moir was itching for a new challenge.

Moir said: "The course was always pretty good and people used to love coming to play in our opens at Fraserburgh.

"I set the greens up fairly easy. I set out the pins in generous places so folk would come and putt on good greens and make birdies.

"But, as with any typical members club, some guys would moan about it, so I thought it was time to spread my wings a bit and move away from the Broch."

A change of scenery did eventually come Moir's way in 1991 when he landed the role of head greenkeeper of the Eden Course at St Andrews. Eventually he was promoted to the role of links manager in 2000.

The new role meant Moir was responsible for all turf-related matters on the six courses managed by St Andrews Links Trust - including the most famous course of them all, the Old Course.

Then, it was far from the glamourous position it may appear today and Moir insists it was a major undertaking.

Moir said: "The courses were pretty poor when I came here in 1991.

"There was no money and the courses were terrible compared to what I'd left behind at Fraserburgh. The machinery was poor and it was quite a shock to the system when I arrived.

"Money was being given away. Green fees were being sold for £30 and tour operators were buying them up and selling them on as holiday packages.

"They were getting rich, but the Links Trust wasn't making anything.

"When I was given the links manager job, there were six courses including the nine-hole course. The Castle course wasn't built until 2005.

"The back-up support team was pretty good, but I had a few challenges to begin with.

Star-studded career at the Home of Golf

Meeting Jack Nicklaus was a career highlight for Gordon Moir.

His job title may have changed through the years, but it should come as no surprise the tales of his time at St Andrews began to accumulate.

"Tiger Woods winning two of the Opens there and Jack Nicklaus retiring were all memorable events in my time.

"I didn't see Nicklaus retire as I was knackered. I went to my bed as I couldn't be bothered tackling the crowds.

"But I did meet him on the Friday night after he was having a dinner in the clubhouse, when we received a message inviting us down to say hello, so myself and head greenkeeper went down to meet him.

"Playing the Dunhill one year was good. I played with a guy you've never heard of, but our playing partners were Barry Lane and his wife and they were nice. My partner played on the Asian Tour and had never played links golf before.

"I've been lucky to meet a lot of people. I've met Sir Michael Bollanack a lot and I played with Bill Campbell, who was captain of the R&A and USPGA one day.

"I've also played with Catriona Matthews in the women's Pro-Am and there have been a few R&A events and patrons days which I've been part of - so there are a lot of nice moments there." 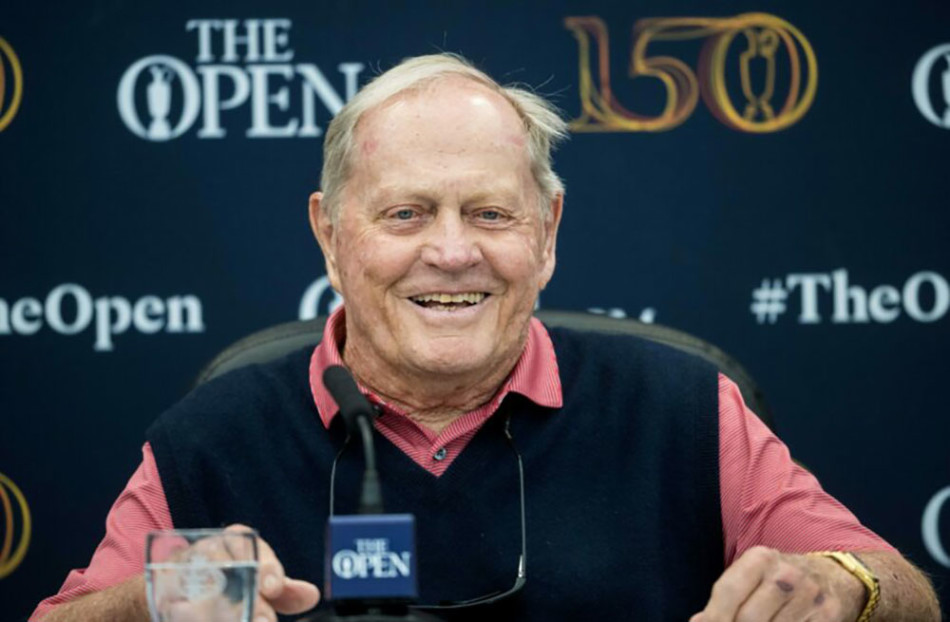 Meeting Jack Nicklaus was a career highlight for Gordon Moir.

Rubbing shoulders with the who's who of golf became a regular occurrence for Moir until he retired in 2018.

He had the chance to stay on, but believes with the benefit of hindsight his decision to call it a day four years ago was the right one.

He said: "My wife retired the year before (2017) and was having the time of her life, so I thought I'd better stop or she'll have spent all the money.

"I could have worked through to the 150th Open, but I thought: 'ach, no' and with hindsight the timing was perfect as I avoided all the stress of Covid."

The Brocher may not be a director of greenkeeping anymore, but he retains a firm interest in the game and has spent this year as president of BIGGA (the British and International Golf Greenkeepers' Association.

His role also led to a return to St Andrews in the summer.

Moir said: "As president of the association, I was back at St Andrews in the summer.

"We provide the bunker rakers for the tournament. I raked bunkers one day and was invited to hospitality for the final round with half a dozen greenkeepers from Australia, so they were tickled pink with Cameron Smith winning. That was a good day.

"I should have served as BIGGA president in 2021, but everything was delayed a year due to Covid so we let everything roll over for a year.

"I'll be president until January where we have a big exhibition at Harrogate. October and November will be busy preparing for that, but afterwards I'll be winding down that role."

The 63-year-old's life in golf, and near three decades of service at St Andrews, prompted him to write about his time at the Home of Golf.

Published earlier this year, St Andrews - The Greenkeeper's Tale is a light-hearted collection of anecdotes about his life in golf.

Moir said: "I've not written a greenkeeping-oriented book. I wrote it for golfers and there are a few laughs in there detailing some of the stupid things I've done, people I've met and the stories which came from my time there.

"Also, the courses have changed a lot in the 30 years I've been involved. A lot of guys have only been members 10 years and they've no idea what it was like years ago.

"There are folk who had no idea what good golf courses looked like, so I thought it would be interesting for people to know what it was like compared to now."