0 The groundsman's story: David Mitchell on the trials and tribulations of tending Carlisle United's pitch

In the groundstaff's office in Carlisle United's Neil Sports Centre, the walls strewn with old photos and cuttings, David Mitchell takes a bite from a sandwich and then calmly reveals the crisis that marked the build-up to one of the most important games in the Blues' recent history. 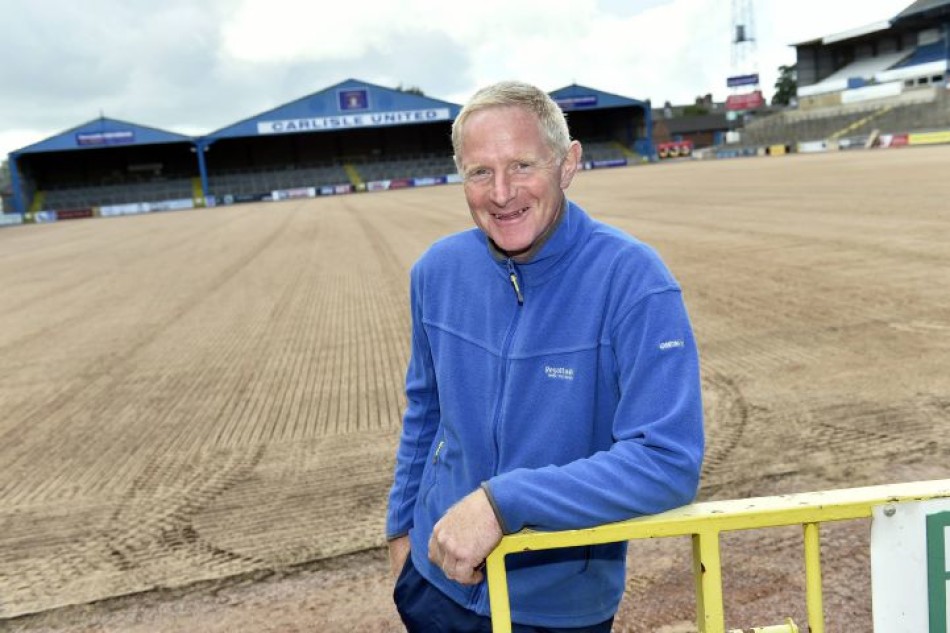 With Brunton Park back in use after Storm Desmond's floods, a newly-laid pitch was being protected before Everton's visit in the FA Cup. "We put the sheets down, and on Friday afternoon one of the spools - this great big thing on wheels - blew in the wind and went bang into the goalpost," Mitchell says.

With less than 48 hours before a sell-out tie, one of the uprights at the Waterworks End now resembled a dog's hind leg. "Would a television camera have picked it up? Oh, aye," Carlisle's stadium manager says. "It wouldn't have met with regulation. So you're thinking - Everton, telly, embarrassing, game off."

Mitchell called United's supplier, who did not have a spare post. Further calls ran short as darkness fell and anxiety grew at Carlisle's ground. Eventually one was sourced - in Lowestoft. Another of Mitchell's contacts, at Stobart, arranged for a haulage driver to turn around on the Norwich bypass and collect it.

It arrived next day: the eve of United's big occasion. "This wagon turned up, full of mineral water, and a goalpost," laughs Paul Butler, one of Mitchell's colleagues.

It is, in most other circumstances, down to Mitchell to anticipate what fate has to offer. Officially he does this better than anyone else, for he and his team - Mitchell, Butler and Matt Henry - were in April presented with League Two's grounds team of the year award at a ceremony at Twickenham.

It is the latest in a number of accolades Mitchell has collected for tending United's renowned pitch. "It's nice to be recognised," he says. "But you can't do it on your own. You need the chief at the top, making the calls, but you need the lads to carry out instructions."

Was there any envy from peers when he stepped forward for the umpteenth time? "I wouldn't say so. Everyone was nice about it."

"Aye, he saw it differently," Mitchell says. "He wasn't happy, the lad. He obviously thought they should have won. But when they'd shown all the pictures they took from each ground, I thought, 'If we don't win this, there's something wrong'."

If you would like to view the rest of the article please visit HERE.