0 Abbots Bromley Cricket Club - The heart of the village ...

In the pretty Staffordshire village of Abbots Bromley, teamwork has seen an ambitious plan to create a new community sports hub grow from vision to reality. Pitchcare caught up with joint Trustee and Chairman, John Stevenson, to discover more about how the project is progressing.

Back in 2010, the future of Abbots Bromley Cricket Club was hanging in the balance. Abbots Bromley School, which leased the club its existing ground, needed the land back. Although an alternative site was offered, the enormity of establishing an entirely new ground caused the committee serious concern.

"When it was suggested that the club might fold, my immediate thought was 'Over my dead body!'. Having been involved with the club for over forty years - both as a player and on the committee - it was unthinkable that cricket would no longer be a part of village life." Thus began a labour of love that has seen John Stevenson spearhead a project to create a new hub for village sport, with community spirit and joined-up thinking key to its success.

The school offered a 13-acre field to the edge of village as the new site for the ground and, with the village football, tennis and netball clubs also needing a permanent home, the 'acorn from which an oak would grow' was sown. In 2011, several keen locals formed a working group to take the project forward - but it wasn't all plain sailing, as John explains: 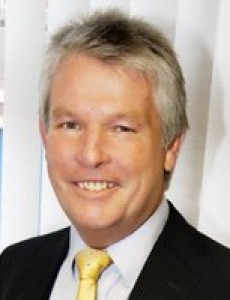 "Initially, two or three people formed the working group to create the sports ground. Looking back, I have to say we were rather naïve in our understanding of the task at hand. With a lot of water under the bridge, research and time spent speaking to experts, those two or three rather naïve people worked very hard to gain a greater understanding of the project and realise what it would really take to bring vision to reality."

One of the things to come of this learning curve was the decision that, for the project to be a success, a more formal management structure was required. In March 2013, the Abbots Bromley Sports Association Charity (ABSA) was formed. John was appointed joint Trustee & Chairman of the new development committee alongside fellow Chair Chris Wood; heading up an eight-strong board of trustees. With representatives of the village sports clubs working together on the board - including Cricket Club chairman Mark Hurst - ambitious new plans began to take shape.

The original £1m budget was reduced to a more achievable £750k; with specifications and design adjusted to make not only securing funds but the association's ability to fund match more feasible. Within the revised budget, facilities at the new ground would include a clubhouse, twelve wicket natural cricket table, junior and senior natural football pitches, and three artificial tennis courts also marked for netball. Not only would the village clubs make use of the new facility but also the school itself; ensuring the new sports ground is truly at the heart of village life.

Influential in guiding the group on its course was David Bates, lead consultant at TTS - a Sport England Framework Provider of consultancy services for natural grass pitches. John approached David for advice early on in the project, and his expertise and constructive advice was invaluable in helping the group see the bigger picture. 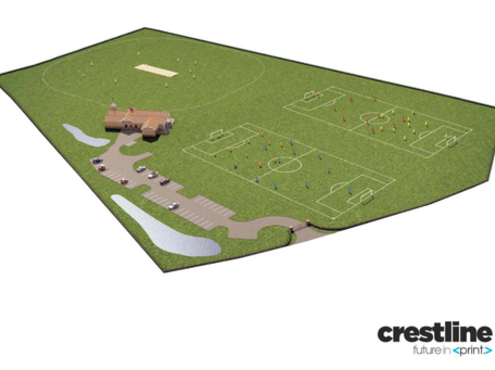 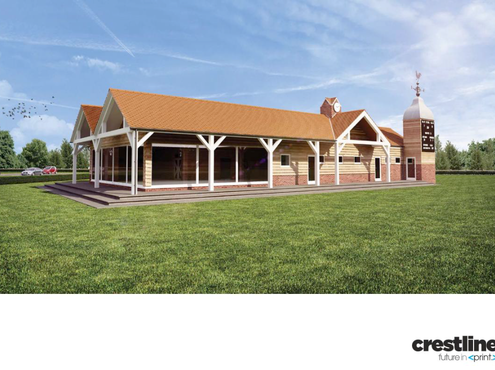 Over the past five years, the association has worked tirelessly to realise the dream, with planning and fundraising for the project taking up much of John's time. A 100-year lease was secured on the site, but inevitably issues arose during the planning phase, with the costs for provision of services, highways access queries and planning delays all causing headaches which were ultimately resolved.

TTS was appointed lead consultant for the design, procurement, project management and establishment of the entire new ground. As part of this remit, David undertook a thorough survey of the site in June 2016. Taking into account the site's geomorphology and climate, a topographical (levels) survey, electromagnetic inductance (EMI) scanning, analysis of proposed pitch layout and grading based on SE guidelines, soil sampling, review of existing drainage infrastructure, an agronomic assessment and the results of a Performance Quality Standards (PQS) assessment, a feasibility report was compiled. This included a thorough specification of works for the project's groundworks contractors and twelve month maintenance programme. 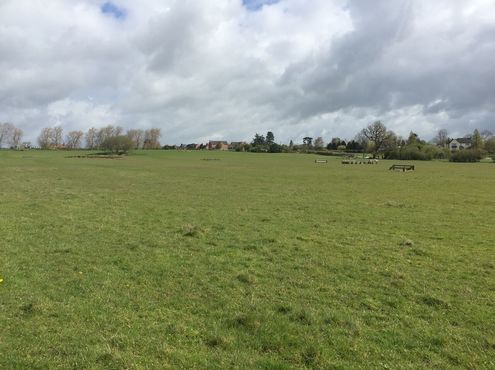 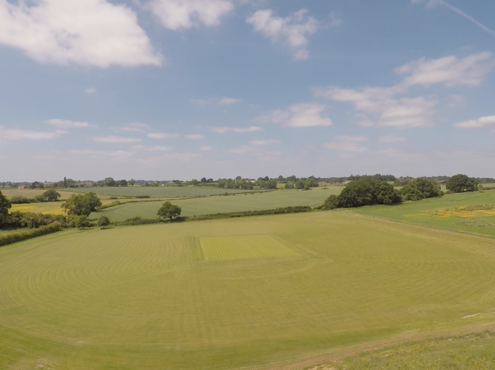 TTS handled the contractor tender processes on behalf of the association, narrowing it down to two contenders before the client held interviews and selected DW Shotton as lead contractor for the project. TTS then completed the final parts of the vetting process and brought together the contracts for both parties. They also undertook full specification and procurement of all materials and project manage works on site; allowing the board to focus on the ongoing fundraising drive and approach numerous sources for support - some with more success than others, as John explains:

"One of the things you quickly develop when fundraising is a thick skin, and also learn not to take 'no' for an answer. On several occasions, we were turned down by a funding source but took on board their objections, amended our plans accordingly and approached them again when the next round of funding became available. In several cases, this persistence paid off."

Funding streams tapped into for the project include Sport England, the England & Wales Cricket Board (ECB), East Staffordshire Borough Council and the Football Foundation, Staffordshire FA, Abbots Bromley Parish Council, Staffordshire County Council, Tesco, Waitrose and The Bernard Sunley Charitable Foundation. Donations from Abbots Bromley Sports and Recreational Association, alongside generous gifts from local residents and business sponsorship, have all helped to swell the funds. The clubs themselves have also worked hard; hosting events and fundraisers to support the association in reaching its match funding target, which sits at over £100,000. At the time of writing, the charity had just secured a £250,000 grant from the FA; taking the entire sum raised to date to in excess of £600k and bringing the target £750k even closer. 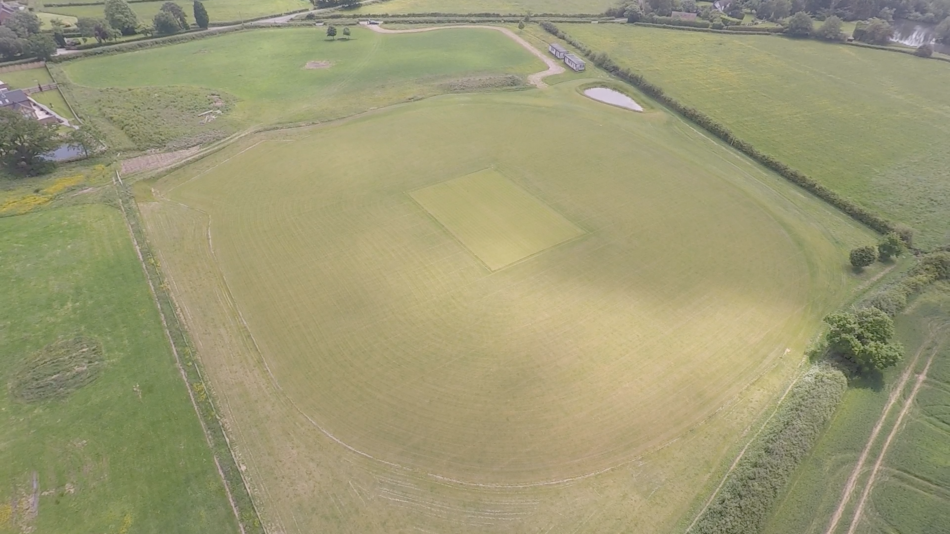 With funding in place, plans fully approved, contractors appointed and materials sourced by TTS, work on site began in August 2017. The priority of 'Phase 1' was the construction of the new twelve wicket natural turf cricket table, with the aim of the square being ready for action in the 2020 season, until which time the club is able to use its existing ground.

TTS oversaw all works on site; ensuring contractors followed the detailed schedule of works and assessing work for quality at every stage. A maintenance plan was also provided for the club to follow, which saw members mucking in to water the newly laid square on long summer evenings. The mild winter of 2018 has seen the pitch come on well and, with excitement building locally about the new development, the target of playing the first season of cricket on the new square in 2020 looks well within reach.

Alongside work on the cricket table, much attention has also been given to the aesthetics of the ground to ensure it sits well within its rural setting. Trees have been planted to the perimeter and will be fitted with nesting boxes aimed at several bird species, including owls, whilst 'balancing pools', constructed to draw water from the pitch as drainage, will feature reed beds to provide a habitat for newts, fish, frogs and birds.

Phase 2, due to start in spring/summer 2019, will involve the construction of the junior and senior natural turf football pitches to FA performance quality standards, again under David's expert guidance. Attention will then turn to the new synthetic tennis/netball courts and infrastructure, like parking, with phase 3 - the construction of a new £250,000 clubhouse - set to be the cherry on the cake.

We'll be back to visit Abbots Bromley in summer 2020 to see how the project has progressed - and hopefully see some cricket in action on the new square. To find out more about the project, head to www.absasport.co.uk