by Paul Goodwin
in People, General Interest, and Football
on 04 Aug 2019

Ken Westfield has been a regular in the Keepmoat Stadium press room over recent seasons, supporting his beloved Doncaster Rovers like he has done from the age of five, supplying John Buckley with no end of boiled sweets, but his heart still belongs to Belle Vue. 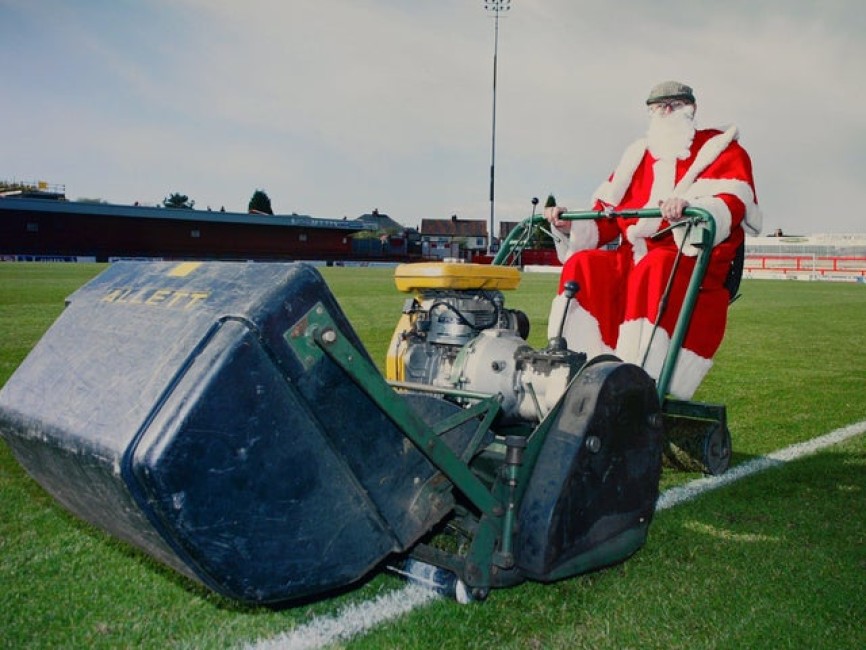 The 89-year-old has lived a stone's throw from Rovers' former home for the majority of his life.

It is where he grew up watching the likes of Bert Tindall and Charlie Williams strut their stuff. And it is where, more recently, he worked for almost two decades as assistant groundsman - helping to bring the curtain down on the old place.

"I originally came down just to help them out because I knew Peter White, the head groundsman."

"Ken Chappell, the vice chairman, set me on. I was supposedly part time, but I used to work 40 to 50 hours week."

"I've followed Rovers since 1935 and my fondest memories of watching them was just after the war when people like Clarry Jordan, Bert Tindall, Sid Bycroft, Bill Patterson and Charlie Williams.

"My favourite game was when we played Hull and we had about 38,000 at Belle Vue. Raich Carter was playing."

"The League Cup run stands out too - beating Manchester City, Aston Villa and then coming so close against Arsenal. Arsene Wenger congratulating us on the pitch. For him to take the time to do that was brilliant." 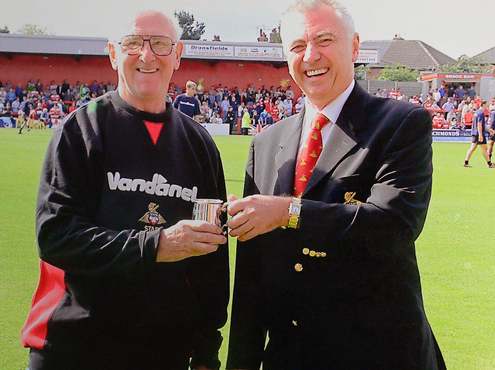 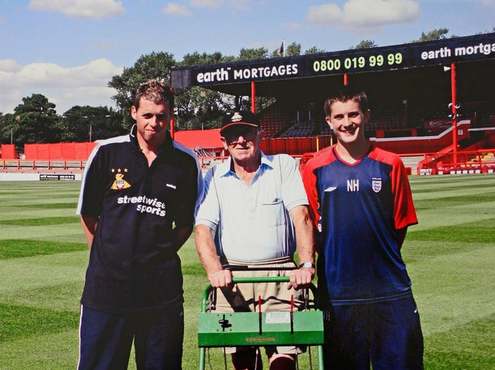 Ken Westfield with John Ryan ... and with Andy Thompson

Ken proudly worked on the ground - tending to the pristine Belle Vue pitch, tidying up, repairing and basically doing everything required to keep the place in working order.

But he can also lay claim to some off-duty scouting duties, and he has the official letter from Rovers to back up his eye for a player.

"When John Hasleden left Rotherham, I recommended him to Lawrie McMenemy," he said.

"I came out of the navy and I worked at Crompton Parkinson for a short while and we were running a football side in the Senior League."

"We had John playing for us when he was 15 before he went to Denaby United who were the training squad for Rotherham."

"McMenemy ended up signing a few lads from Rotherham at the same time."

So, what about that bowling green surface? What was the secret?

"Nothing could touch that Belle Vue pitch," beamed Ken. "We had so many managers come here and say 'we'd swap this tomorrow for our pitch'."

"It was our pride and joy really and it broke my heart to see them digging it up and building houses on it. We took good care of it."

"I used to go around religiously with a screwdriver and take out any plantains and drop a couple of seeds in and carry on. We'd do that regularly, so no one ever saw a dandelion or a weed on there."

"We won the groundsman of the year award in 2002, when Andy Thompson was there. Andy kept the award, but John Ryan bought all the ground staff a tankard to recognise their efforts.

"That was a real highlight. The lowlights came towards the end when people kept breaking into the ground and smashing things. That was heart-breaking really. And there was obviously the fire at the ground too."

"I enjoyed every minute working for Rovers. I didn't class it as a job, I just classed it as enjoyment."

"I can remember switching the lights out and that was obviously an emotional moment. The end of an era."

You can read the original article from Doncaster Free Press HERE