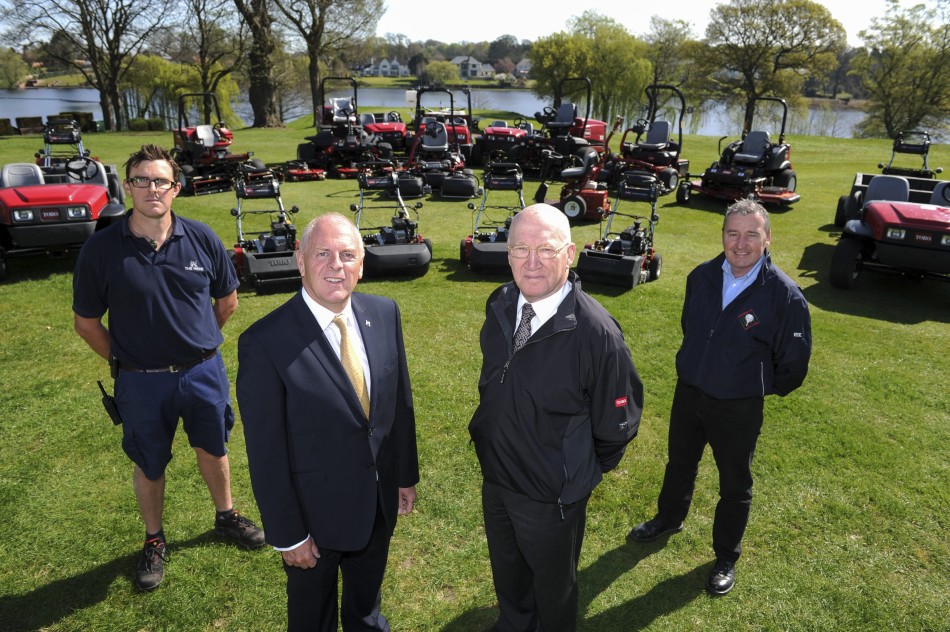 Cheshire's nationally-renowned The Mere Golf Resort & Spa has taken delivery of a new 20-piece Toro fleet, as preparations for the regional qualifying round of the R & A Open Championship get underway.

Also on the list are four Workman MDEs - one of Toro's toughest utility vehicles - and a Transpro trailer 80 and 100 - systems that safely and easily transport walk greens mowers to and from the green.

Known as one of the best prepared and well-conditioned golf courses in the North of England, over the years The Mere has hosted several high-profile championship tournaments and is currently an R&A venue for the Regional Open Qualifier, for an unprecedented seventh year.

Upkeep of the prestigious course is the job of course manager Gwynn Davies, who is happy to see the arrival of his new Toro fleet as the 2015 Regional Open Qualifier approaches.

Gwynn says: "We are at a point where, it's a great time to upgrade our fleet with some new machines as we are now preparing for the qualifier."

The Mere has been a long-term investor in Toro, with its previous fleet also being 100 percent red, but, when the need for an upgrade came, Gwynn decided to pit Toro against the other manufacturers to ensure he made the right choice.

"We demonstrated a select few competitor models alongside Toro, but found that Toro's high quality is consistent and is our top choice in terms of continuity. The team is used to using Toro, and our in-house mechanic is also Toro-trained. Clear benefits for them include speed of cut, cleanliness of cut and low maintenance," Gwynn explains.

The resort's CEO and co-owner Mark Boler adds that their relationship with Lely's area sales manager Nigel Lovett was also intrinsic in their decision to stick with Toro: "Nigel has a long history with the resort and we're happy to continue that relationship.

"We've always been 'red'; we know what Toro's superior quality of build brings to the club and look forward to continuing that level of excellence with our new fleet."