0 The nation has decided the top 10 favourite UK parks

More than 65,000 votes cast as the nation picks the best of British. Green Flag Award announces the winners of the 2018 People's Choice vote for the favourite UK parks. There were more than 1,800 sites to choose from. All of these meeting the high standards of the Green Flag Award, the international quality mark for parks and green spaces.

The ten winners of the 2018 People's Choice Award are:

Included in this year's list of winners are a university campus, a town park, a woodland and a nature reserve. 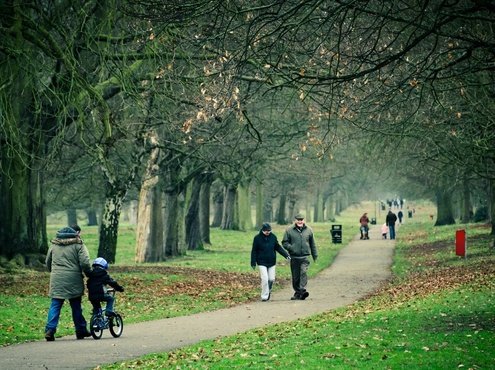 Paul Todd, Green Flag Award manager, said: "We know that parks matter to people. Those tasked with looking after them are facing some significant challenges with shrinking resources.The number of people that took the time to vote for their favourite park is testament to how much they are valued. We at Green Flag would like to congratulate all the winners."

Rishi Sunak MP, Parks and Green Spaces Minister, said:
"Millions of people of all ages escape to our parks and green spaces every year. Here they get to spend time with their loved ones, learn about nature and play sport. It's inspiring to see people from all over the country get behind their favourite parks for this year's Green Flag People's Choice Awards. Rightfully so, these awards recognise the hard work and dedication of those behind Britain's best parks and green spaces. Thank you, and congratulations to you all."

A spokesperson for Gateshead Council said: "We are delighted that Saltwell Park has been voted as one of the top ten UK parks in the country for the second year running. It shows that the public truly value this wonderful open space.

"We are very proud of Saltwell Park and how important it is to the local community."