0 The people making a difference in Moray

By his own admission Fraser Cameron wasn't exactly a model student during his school days. However, when a Holyrood minister visited a widely acclaimed Moray charity, the 17-year-old made sure he was there too so he could sing its praises. 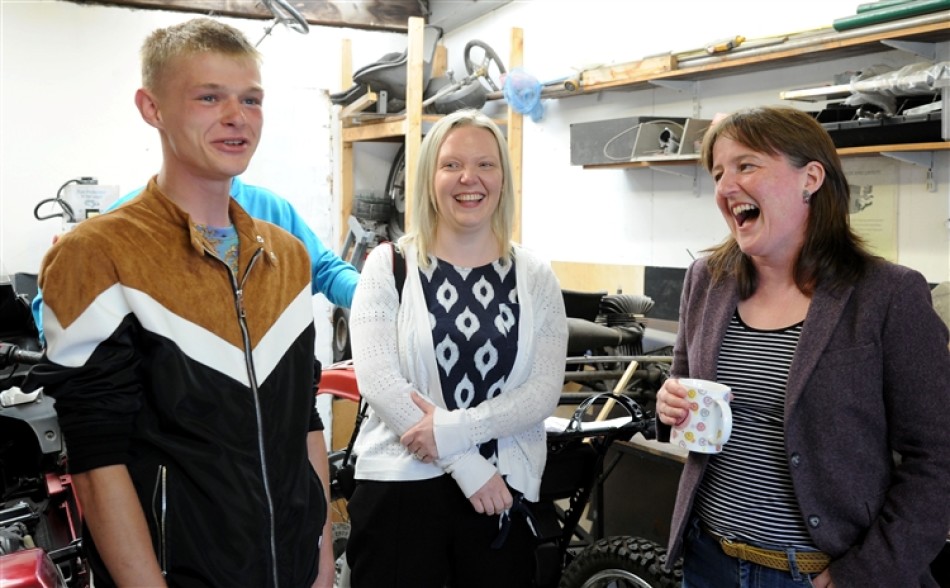 Fraser credits the Aberlour Child Care Trust for helping him turn his life around.

And, having received so much help himself, he's now committed to helping other young people.

These days the teenager is a regular volunteer at the trust whose Moray office is based in Elgin.

Talking about the young people who he now works with, he said: "I'm proud of all of them and I really want to help them - not so that they turn out like me, but so they can become who they themselves want to be."

"It was rubbish being me when I was younger."

"Now I have people who look up to me - and that's a really great feeling."

Fraser, who works as an apprentice greenkeeper at the local golf club, was among the volunteers who, during her visit, was introduced to Maree Todd, the Scottish Government's Minister for Children and Young People.

Mrs Todd came along to gain a better understanding of how Aberlour Child Care Trust's mentoring service is helping to improve the wellbeing of young people across Moray.

The mentoring service matches volunteers with young people who have been identified as needing extra support because they are experiencing a variety of difficulties at home or at school.

Vince Stewart, a motor mechanic from Dyke, has been working full-time for the charity for the past 22 years.

Inside his workshop he busies himself alongside young people fixing up motorbikes, bikes and even boats.

The work is a way of breaking the ice and establishing trust.

Vince said: "You're not sitting across a desk looking at each other, and that means there's usually much less resistance.

"Sometimes the change is immediate. Sometimes it takes a long time. And sometimes there are a few bumps along the way.

"But it's always rewarding to help young people such as Fraser, although you have to remember we don't sort anything - it's the young people who do that themselves.

"And once they finish coming here, it doesn't mean it's the end of the journey - it's just the beginning."

You can read the full article from The Northern Scot HERE