0 The PGA Championship at Baltusrol 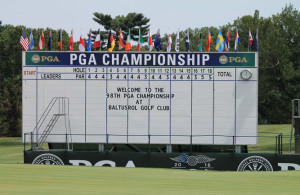 The final golf major of the year - the PGA Championship - begins tomorrow at the Baltusrol Golf Club in New Jersey.

Baltusrol Golf Club sits at the base of Baltusrol Mountain in Springfield Township, New Jersey. Its two championship courses - the Lower and Upper - have played distinguished roles on the national stage since their creation by Golden Age architect A.W. Tillinghast in 1922.

Today, the Lower and Upper are both ranked in the Top 100 Courses in America by three major golf publications, Golf Digest, Golfweek and Golf Magazine.