0 The right of reply

Imagine one minute everything is fine and then the next you are called into the club's board room and told you're out of a job. That situation has befallen a number of golf course superintendents in recent times and as it always does sends shockwaves throughout the industry.

Not only does the industry lose the experience and knowledge of that practitioner, in many cases for good, it also makes those who still have a job question their own situation and whether they are doing all they can to protect themselves, particularly at a time when job security is paramount in the face of global uncertainty.

Former VGCSA president Michael Picken was one such casualty in late 2008 and here he ruminates about his dismissal and asks whether 12 years in the one position is too long in this day and age.

With a spate of similar stories to mine taking place around the country, I'm drawn to a conversation I had with a well-known turf identity many years ago where he relayed the words of the legendary Claude Crockford who apparently said his major frustration in the job was the lack of the right of reply. By no means considering myself in the esteemed category of Mr. Crockford, this is my attempt to describe my recent demise at a club I was thoroughly committed to. 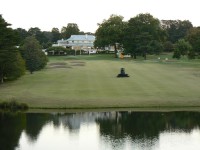 Before I begin, let me qualify this by stating that my former employer gave me over 12 years of generous remuneration, ever-improving working conditions, and in the most part, all the necessary means to bring the course forward to a level I am proud of. Granted this article has a cathartic element to it, but hopefully it will provide many new or happily unaware superintendents with an example of where it can go horribly wrong if you're not on the ball.

A brief history of the club in question is of an old established course built on former orchard that features considerable undulations on clay soils, with tight tree lined fairways, tees and greens. I was appointed in 1996 after spending 14 years being successfully involved in the development of a well-known Mornington Peninsula golf project. It was apparent from the outset that that my new job offered many problems ranging from greens inconsistencies, reticulation deficiencies and an unsustainable reliance on town water for irrigation needs.

To rectify these issues a greens replacement programme was implemented and completed over an eight year period. The reticulation system was upgraded and the independent water source problem was overcome through developing a lake system to the narrow creek that meanders through the lowest part of the property. This gave the club a substantial storage of water to draw from in times of need. During this period the antiquated maintenance facility also went through a major upgrade in order to create suitable working conditions for staff and machinery upkeep.

With the major course issues laid to rest the club administration believed it was responsible to drive on with other pressing needs. This meant the workload continued in the form of a par 5 realignment to rectify a boundary problem, reconstructing the bowling green, the addition of a 19th hole, 2.2km of concrete paths to be installed over a period of 3-4 years and a phased-in upgrade to the ageing irrigation plumbing. Again to be completed over a three year period.

It must be noted that most of this work was carried out by contractors or sub-contractors, but that did not discount from the fact that the groundstaff were always heavily involved with all projects, providing the finish that enabled the different areas to come back into play as soon as possible. The final outcomes of these projects have always been well received by the members but it must be said there have been times when the extensive works have stretched their patience.

For the first seven or eight years of my employment I believed I had the full support of both the manager and committee. This was confirmed by the fact that when my dismissal became known, many of the captains and presidents from that period contacted me as I was about to leave with generous offers of references and endorsements.

As time moved on and faces on the committee changed, cracks started to appear. This came in guise of mixed enthusiasm to projects I put forward or work in progress. I also noted that information coming from above was slowing down and in the last year it could only be described as on a need-to-know basis. I have always maintained that a superintendent/manager relationship was the key to the job, so in a way I must take some responsibility for allowing that to decline.

Also, in fairness to the management of the club it would be reasonable to say I can be headstrong and quite intolerant when I believe in the merit of a project that will benefit the course. I also find criticism hard to take, a flaw many passionate superintendents could relate to.

As 2008 unfolded I witnessed a relatively new, and in the most part, inexperienced board take the reins, which coincided with a very supportive and involved captain moving aside. It also lined up with a restructuring of personnel in the office which appeared to create issues.

The year also marked a personal decision to have long overdue hip-replacement surgery and then after some time back at work, a six-week holiday with my wife in Europe.

Major works were again being planned but I believed 12 years of service warranted these necessary periods of time off. I also had the utmost faith in the ability of the maintenance staff. 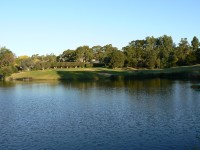 Two weeks after returning from my holiday, an impromptu meeting was called by two members of the four-man board along with the manager. The board relayed concerns that they were getting complaints from members about the speed and standard of the clean-up that was taking place by groundstaff following the installation of phase one of the new irrigation system.

The actual installation work was being carried out by one of the state's leading irrigation contractors, who was sympathetic to the difficulties of reinstating trenches in clay during winter. It was agreed at this impromptu meeting that a priority would be placed on speeding up the process. During this meeting I protested that an enormous amount of unplanned work had been implemented while I had been away, and that staff had been left thin on the ground.

Two weeks later another meeting was called, this time with three members of the board. The tone was much more serious and it was agreed that it was time to add extra manpower to the already overstretched 11-man crew, so an extra groundsman was employed. It now appears on reflection that I had been given a second warning of my impending dismissal, even though at no time had this been mentioned.

For the next month we pushed on preparing the course for the biannual visit of a sister club. Another unscheduled 80m concrete path was installed and a new tee complex was built. The sister club visit received an endorsement from the visiting captain but nothing from my committee. An ominous sign it now seems. During this whole period it must be stated that the manager gave me no reasons for concern.

Three days after completing the draft 2009 budget, which had been called for a month early, the manager called to say he'd been requested to have me in the boardroom in two hours. His comment was, "It doesn't sound good."

On completion of that five minute meeting I was out of a job with a thank you for the 12 years but a decision had been made to move in a different direction. On requesting a reason, or reasons, the reply was given that there was no point, followed by the comments, "Twelve years is a long time in today's industrial climate". I had two days to clean up my belongings.

I left the boardroom and dropped the bombshell to a shocked grounds crew who were very respectful and supportive on my last two days. The manager also appeared sympathetic claiming he had no idea the decision was coming and mentioned he had dissuaded the board from emailing me the news.

He then informed me of my legal entitlements as I didn't have a contract in place. After I appealed that position with him, he let me know soon after the board had agreed to increase the entitled five weeks payout figure (plus long-service and annual leave) to eight weeks.

As I review my time at my former place of employment and superintendent positions anywhere in this country, I can't help but worry. Many of our colleagues around the states, who were kind enough to contact me following my departure, echoed these same concerns.

To start, I would implore all superintendents to have a contract and make sure it has been approved by a legal specialist. The AGCSA has a service that can provide that. Also be aware of the dangers that the old school general manager situation can create. Many American clubs have moved away from that format, to a situation where the superintendent works, and is answerable to, heavily involved committee members such as a greens chairman or captain. Some of the better clubs around the country have also followed that model.

The best periods of my professional life were when the people in control had the time, the interest and had served an extended period as a regular committee person before getting into a position of power. It would also be advisable to record your own minutes of any meeting undertaken. This at least creates some record of past conversations.

Finally, maybe it is true to say that in this day and age 12 years is a long time in the one job. Certainly the culture of the club I have just left indicates that as the last four supers prior to me, dating back into the 1960's, have all met the same fate.