by David Lambert
in Public Places, General Interest, and Local Authority
on 10 Sep 2020

0 The role of public parks in the recovery: a discussion paper

This report has been put together while the lockdown is still in place and while there are still major restrictions on business, sport, events and on public gatherings generally. At present, we appreciate that MHCLG is in largely in crisis-management mode; and has only recently progressed to planning a recovery. 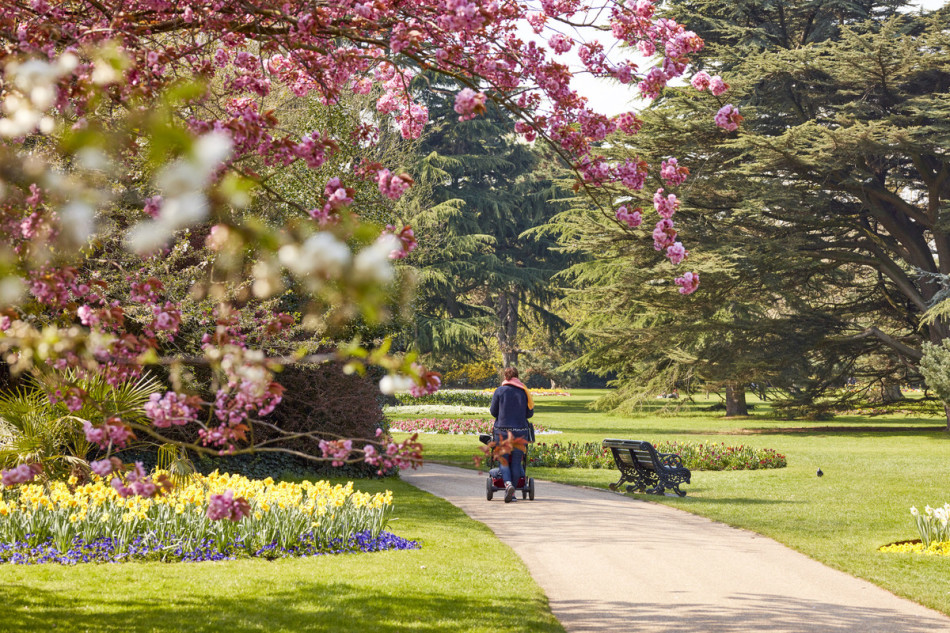 We do not know how far government will lead in terms of recovery-planning and how far it will delegate to local authorities. The evidence of the fiasco over schools-reopening is that government will eschew central planning and central funding, in favour of delegation.

We have seen widespread evidence of the importance of locally accessible public parks during the lockdown.

· After some local authorities initially responded to problems over crowds in parks with park-closures, Government insisted that parks stay open, effectively treating them as one of the essential services.

· Politicians, such as the Communities Secretary Robert Jenrick, have reaffirmed what research has repeatedly demonstrated in the last ten years: 'Spending time outdoors, exercising or just enjoying the countryside is essential for our physical health and wellbeing'. There is no excuse for demanding further evidence-gathering.

Local authorities and other park management agencies have responded by continuing to keep the vast majority of parks open and maintained, but with a restricted service: public toilets, sports facilities and play areas are closed, cyclical grounds maintenance works have been cut, and ranger staff redeployed in the absence of volunteering and other people-based activities. Although there have been distressing examples of abuse by angry members of the public, there has been widespread public appreciation of parks services during the lockdown. In an echo of the Clap for the NHS campaign, park-workers internationally were thanked on 21 May with celebrations stretching from New York to Sydney and including tweets from Derby and Manchester.

Increased levels of use during lockdown

Many people were already habitual park-users - those with dogs, those with children, those without private gardens or transport. Many others may have discovered the pleasures of park life for the first time. We have rehearsed a life without cars and without public transport, and local parks have been found to be essential. 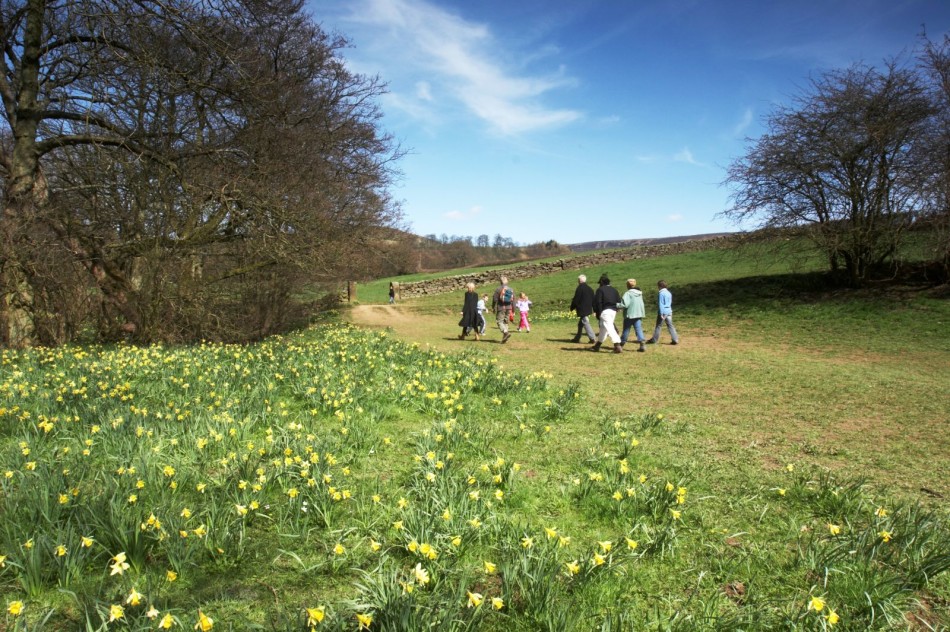 The government will be keen to sell recovery as 'back to normal' but in practice that is far from simple. In many ways, there is no normal to go back to: there are now gaping holes in public and private finances. Normal was car journeys to the beach or the countryside, foreign holidays, and preferring the shopping mall to the park. But that normal may be increasingly problematic - people will be poorer of course, restricting consumer-choices, but many may also be questioning the return to a consumption-driven, debt-fuelled lifestyle.

What does recovery mean?

The case for parks' role in recovery needs careful handling. It all depends what is meant by 'recovery'. Do we mean simply economic recovery, or do we also mean personal, emotional and social recovery? People walking to a park with a picnic are not contributing much to economic growth. Parks, it might be argued are by their nature, actually de-growth zones - places for sitting around being unproductive. A Machiavellian, or a hard-core neo-conservative, might consider making parks more attractive a brake on that kind of recovery.

But parks have a potential role in those other kinds of recovery, as shown by their prominence during the lockdown, when they have been a key locus for people maintaining not only personal wellbeing but also a sense of community. As lockdown rules are relaxed and shops and bars reopen, that prominence could change but it seems likely that for many people - especially in this year of acute financial pressure - public parks will continue to be a primary source of physical and mental recreation.

If, post-lockdown, parks do not immediately empty out as people rush back to the shopping mall, and as high levels of use continue, we have an opportunity to establish that parks have a vital role to play not in economic recovery but in a more sustainable, lower-consumption lifestyle for which we all have no choice but to prepare. This is not a message the government will be keen to promote but ove the next ten years it will be increasingly in tune with the times. 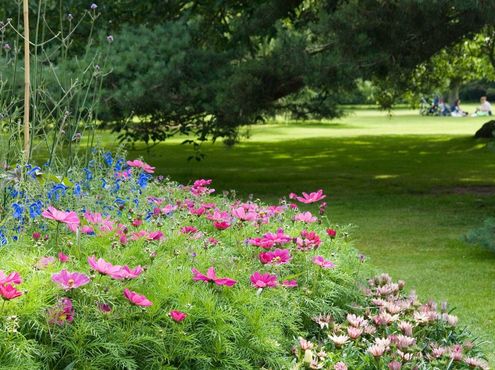 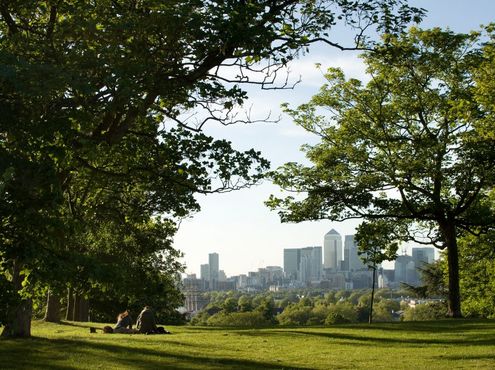 Making the case for parks

So, we should work on this assumption that we can demonstrate parks have a role in recovery in the widest sense. But we need to do more than simply say parks are important and that they need more money. Of course, there is a need to restore revenue budgets cut during austerity but we need to be smarter about how we frame that, by putting parks in the wider context of the crisis in public funding.

Evidence from the case-studies carried out as part of the wider research clearly indicates that local authorities which have developed a reliance on commercial income and/or volunteer labour have seen revenue hit hardest during the lockdown. The evidence suggests that, with the rare exception of trusts with high levels of independent assets to create revenue streams, the best hope of economic resilience stems from parks being embedded within local authorities as essential services.

Parks need to be part of a national conversation about public services, who delivers them and how they are funded. There are signs that civic leaders and bodies such as the LGA are already laying the ground for that debate. They are warning that decisions over budgets need to be made within months if the risk of councils declaring bankruptcy, like Northamptonshire did in 2018 and Haringey in 2000 is to be averted. Having been urged by central government to spend 'whatever is necessary,' local authorities now urgently need to be bailed out. The LGA calculates that the additional spend amounts to some £6bn of which only £3.2bn has so far (June 2020) been made available by government. Some work is underway to try to assess the financial impacts to parks services but, with one authority alone reporting a £15.7m black hole just for parks, the figure will be significant.

There is a real risk that local authorities will be forced to contract spending to core statutory services such as social care. Services which are non-statutory but vital to recovery such as parks management, public health programmes and leisure could be lost.

The parks sector cannot make this happen on its own, but we must ensure that the profile of parks is maintained throughout the process of forming a recovery plan. For this, parks leaders need to insist that their services are not marginal and discretionary, but instead build on the evidence of the lockdown that parks are nothing less than essential. 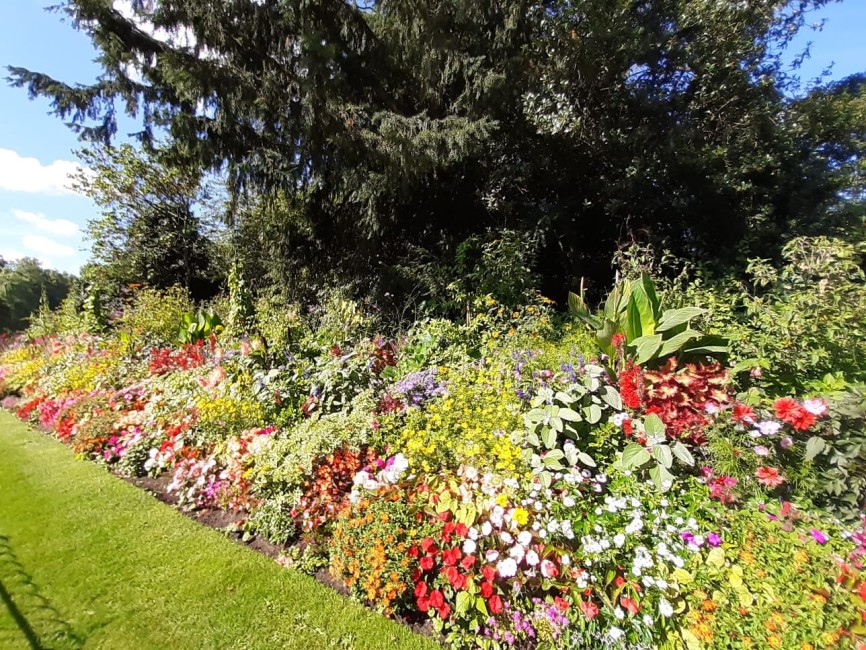 The neoliberal model - the shrunken state - is convulsing as its shortcomings are exposed; the public is incredulous and angry at its failings over the virus. Across the globe, different national responses to Covid have demonstrated the importance of robust public institutions and funding. At the time of writing the evidence is clear that neoliberal political ideologies have been fatal: the US, Brazil and the UK have the three highest mortality rates in the world.

There is an appetite in the UK to reappraise political and personal priorities on a macro-level:

· An RSA MORI poll in mid-April revealed that only 9% of respondents wanted to go back to normal; 85% wanted to see some of the personal or social changes they have experienced continue afterwards; 51% said they have noticed cleaner air, 27% noted more wildlife, and 40% agreed that the lockdown has resulted in a stronger sense of local community. As the RSA chief exec said, 'we must use this time to imagine a better future. This poll shows that the British people are increasingly aware that the health of people and planet are inseparable and it's time for radical environmental, social, political and economic change."

We need to review the programme of rethinking parks ushered in after the NESTA report in 2013. Not because the report did not contain many good ideas and result in much positive thinking, but because under the acute pressure of austerity, its ideas have been warped. The fundamental fact that, as the report recognised, 'future funding for parks will still rely to a significant extent on local authorities,' was lost in the rush for innovatory ways to reduce the financial burden on over-stretched local authority budgets.

Because there is no realistic alternative to a continued reliance public funding for public parks, they remain ideologically alien to the currently dominant political discourse. We will depend on that dominance being shaken if we are to succeed in gaining real recognition of parks' role in recovery. But evidence of the importance of parks to mental and physical health has never been so vividly demonstrated. So it is a challenging message, but an amazing opportunity.

We should also build on the climate emergency agenda, in which good quality public parks are a fundamental environmental service. This has been eclipsed in terms of news coverage by the Covid-crisis, but will be re-emerging with increased urgency in the autumn, when COP26 performances are due to be announced.

As the debate over circular economies grows, the place of parks in economically resilient cities will be increasingly recognised.

It is a good time to make the case, to ensure that when the next (or a local) lockdown comes over the next few months, or the next virus emerges in the next few years, or as our lifestyles necessarily change, we have good local parks that can continue to provide those services.

By David Lambert of the Parks Agency