by Peter Britton
in Synthetics, Multi-sports venues, Rugby, and Football
on 03 Sep 2018

0 The rubber crumb debate ... and more

The sad passing of twenty-year-old Lewis Maguire in March of this year has, yet again, triggered the debate surrounding the safety of rubber crumb infill in 3G pitches. Additionally, the National Institute for Public Health and the Environment in the Netherlands has further environmental concerns. 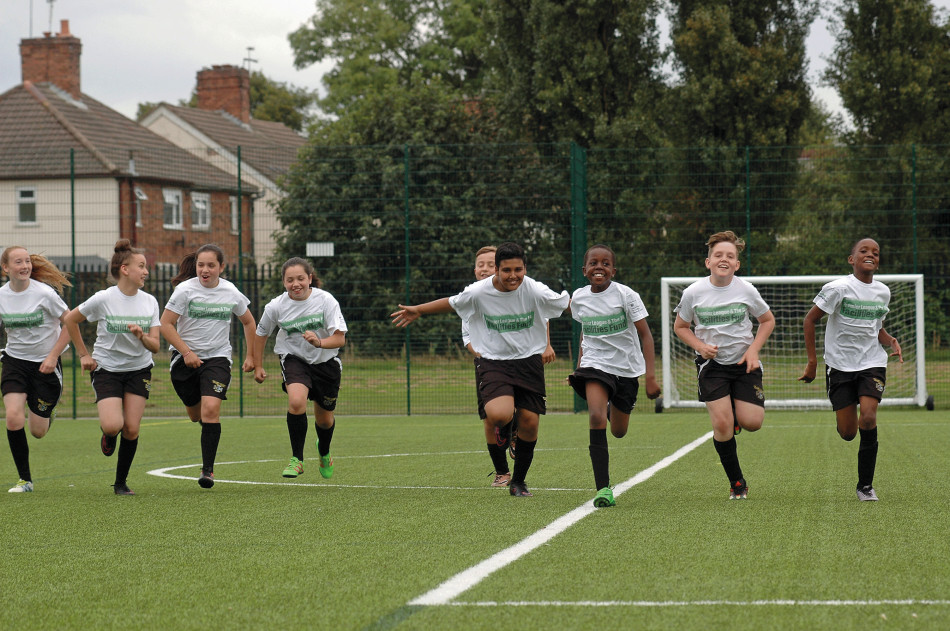 Former National Health Service chief, Nigel Maguire, spoke of his devastation at losing his son just a month after Lewis had declared he had won his four-year battle against Hodgkin's lymphoma.

An aspiring goalkeeper who fell ill halfway through a trial at Leeds United in 2013, Lewis trained and played for five years on 3G pitches covered in rubber pellets made from old car tyres containing the toxic chemicals mercury, lead, benzene and arsenic.

He would frequently swallow those pellets when diving for the ball, or find them lodged in grazes, something he and his father - an ex-nurse who quit as chief executive of NHS Cumbria after Lewis was diagnosed - feared caused his cancer.

His father wrote to the Government urging it to order an "immediate moratorium" on the building of 3G crumb rubber pitches, whilst also lobbying the Football Association and Rugby Football Union to do the same.

Sports Minister Tracey Crouch responded by stating studies had found no evidence such surfaces were unsafe, but Nigel is adamant none of that research examined the effect of ingesting rubber pellets or them coming into contact with cuts and grazes.

"I'm not hysterical; I'm not somebody who says, 'My son's died and isn't this terrible?'; I'm asking reasonable questions that nobody has the answers to," commented Nigel.

"And, in the absence of those answers, we need to have more research and take more precautions." 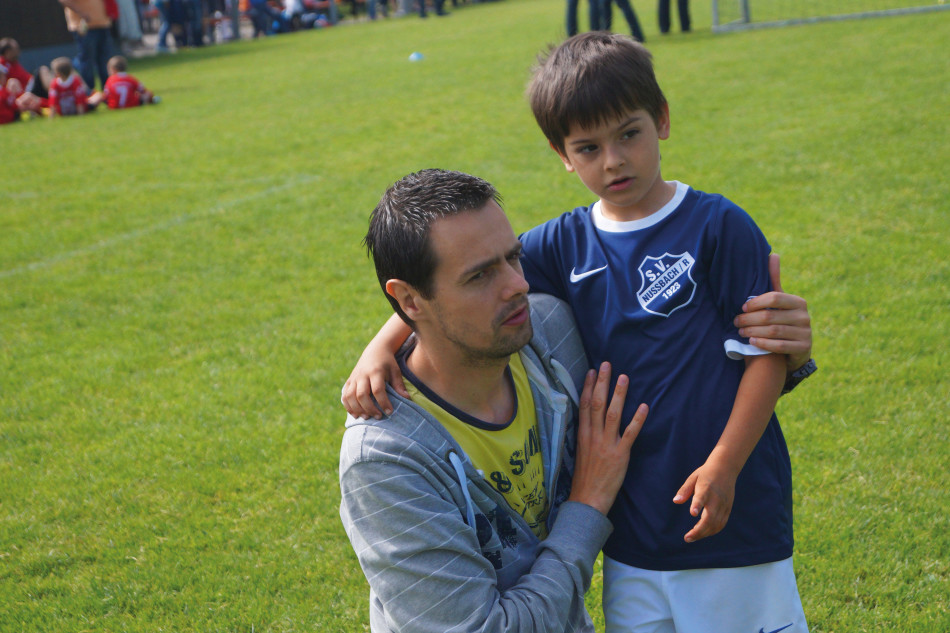 As well as calling for a temporary halt to what have become flagship construction projects for the FA and RFU in their efforts to get more people playing and reduce the number of fixtures postponed through bad weather, Nigel also urged the Government to issue guidelines restricting the time spent training on 3G pitches and ensuring children shower immediately after playing on them.

Nigel plans to step up his campaign against 3G by writing again to the Government - this time targeting the Department for Environment, Food & Rural Affairs (DEFRA) - saying he owed it to Lewis to keep fighting. He has also set up an action group called "Fathers Against Crumb Rubber Artificial Pitches" or FA CRAP.

Public concern about the safety of rubber crumb, particularly in Holland where Ajax was one of three clubs to close off their 3G pitches to children, prompted the European Chemicals Agency (ECHA) to publish a report last year which concluded there was "no reason to advise people against playing sports on synthetic turf containing recycled rubber granules as infill material".

This report was jumped on by interested stakeholders, amongst them the FA, RFU, IOG and SAPCA, who saw it as the green light of approval.

As recently as November 2017, Health Protection Scotland published their findings which, again, were based on the ECHA's report and, therefore, concluded that rubber crumb was safe.

However, as highlighted in our 'Don't Swallow' article from May 2017, this report purely cobbled together 'studies' that had already been brought into doubt, before finally announcing that 'rubber crumb was safe' (search 'Don't Swallow' on the Pitchcare website).

It included a list of recommendations that suggested the product was anything but safe, but it was still accepted as gospel by those with a vested interest. 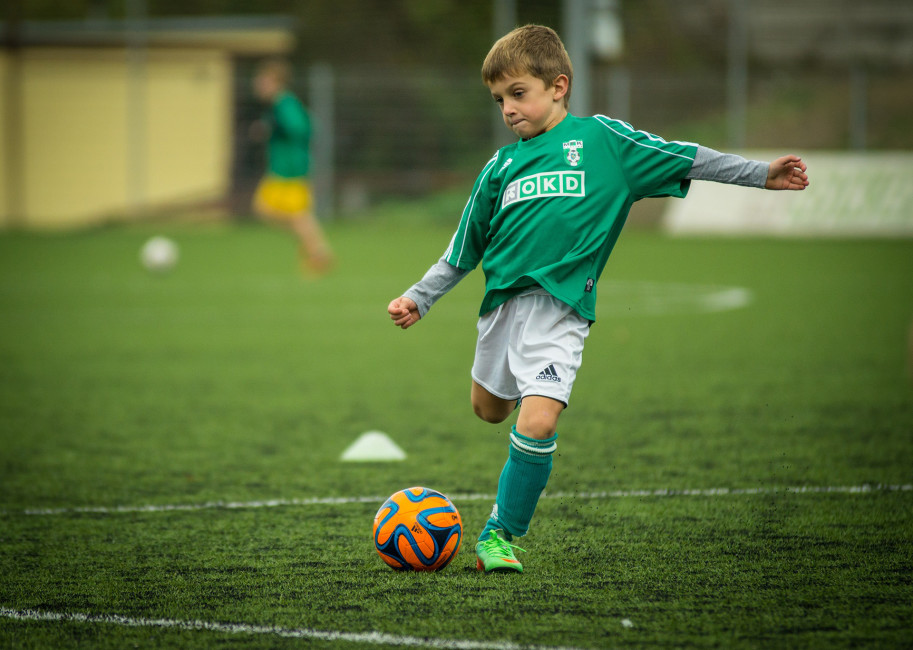 Back in Holland, RIVM (National Institute for Public Health and the Environment) has further added to the debate.

"Use of rubber granulate sourced from car tyres, on synthetic turf fields can be harmful to the environment in the close vicinity of these fields. Substances leach from rubber granulate and enter the soil in the field border and in the ditches.

This is shown by an exploratory research project conducted by RIVM around ten synthetic turf pitches of football clubs in the Netherlands. In the study, the quality of the environment around synthetic turf fields containing rubber granulate from car tyres was compared with the environmental quality around real grass fields.

The environmental impact is caused by the fact that rubber granulate is dragged along by athletes or the public or is dispersed for instance by leaf blowers, and reaches the soil borders up to a few metres distance from the field. In addition, substances from rubber granulate leach into the drainage water: that is rainwater that passes the sport fields and ends up in the field borders via drainpipes to a ditch.

Cobalt, zinc and mineral oil leaching from rubber granulate can accumulate in the technical sublayers of the synthetic turf. From there they can, in the short or long term, further leach to the environment.

The conclusions from this research are largely confirmed by a study of the Foundation for Applied Water Research (STOWA), the knowledge centre of regional water managers in the Netherlands. In this study, effects on living organisms were found in a part of the samples of drainage water and sediment.

RIVM recommends that measures be taken to prevent the spreading of rubber granulate to the field borders and to limit the emission of substances via the drainage water."

Clearly, there are now concerns regarding the wider environment that go beyond just the health of our children. If the chemicals found in rubber crumb are leaching into our waterways, then surely everyone is at risk! 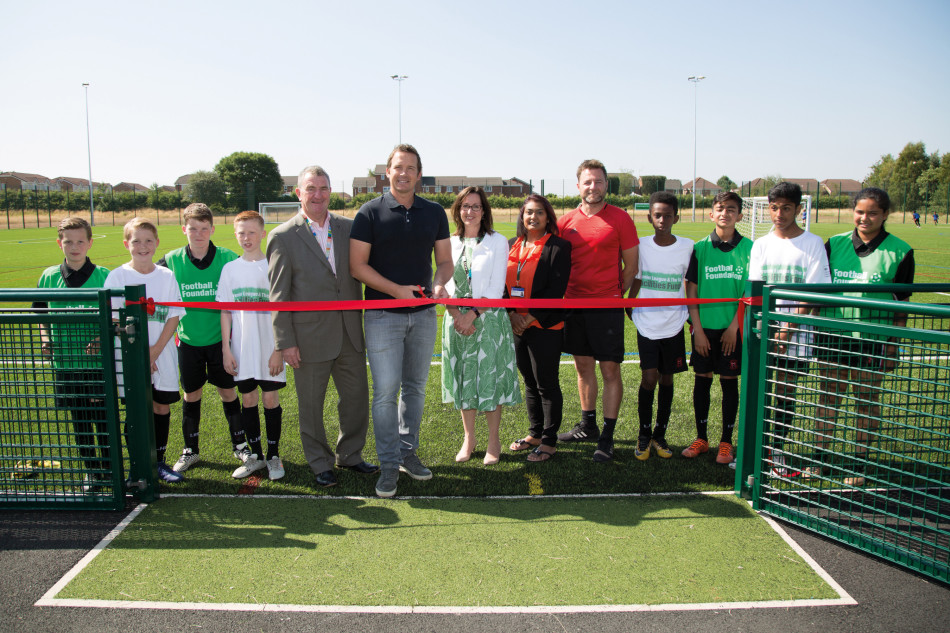 A complete disregard for the potential dangers?

Between the 1st May and the end of June, Pitchcare received twenty press releases from the Football Foundation highlighting new 3G installations across the UK. That equates to 120 per annum... and all of these were at schools and/or junior football clubs.

At each venue, either a local MP or a recently retired football star was wheeled out to perform the official opening ceremony - usually surrounded by smiling children - thereby providing a photo opportunity and story for the regional media.

The cost of each installation averaged out at around the £0.5million mark, delivered by the Football Foundation with support from the FA Facilities Fund and the Premier League. Sport England chipped in with additional funding as and where required.

Extravagant claims about increased activity, new teams and year round usage were made, adding flesh to the 'newsworthy' text.

Remember that these installations come on the back of the ECHA report and ahead of the EPA (Environmental Protect Agency) findings from the United States.

"Only one in three pitches at grassroots level is of adequate quality," stated the Football Association back in late July as part of their written evidence for a Digital, Culture, Media and Sport (DCMS) parliamentary hearing about the possible sale of Wembley Stadium.

The FA says it is "considering a sale because it represents a transformative opportunity" to change "the poor state of community football facilities".

Amongst those taking part in the DCMS hearing were Sports Minister Tracey Crouch and FA chief executive Martin Glenn. 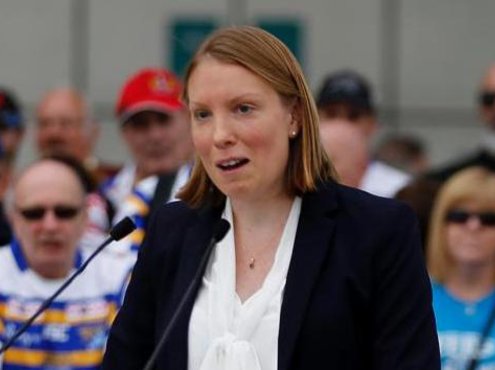 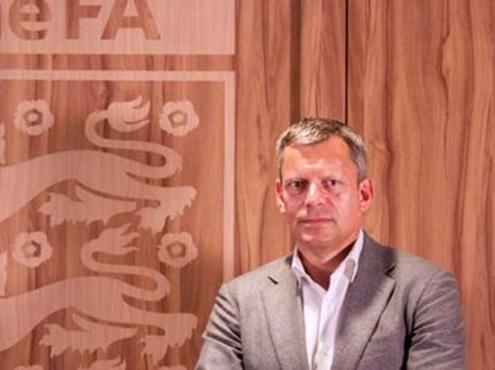 Clearly, the majority of any monies raised from the sale of the national stadium is destined to be spent on yet more artificial surfaces. Given that Wembley is 'valued' at £600m, that's a further 1,200 pitches worth. However, the FA's vision, back in 2015, was for 500 new artificial pitches. Has there been a strategic review of the required number or is this just FA flannel?

The FA say there are 21,000 grassroots clubs, 50 county FAs, 25,000 schools and 330 local authorities which are catered for by the FA and, along with the finding that only one in three grassroots pitches are of adequate quality, the FA's written evidence also highlighted that:

• 150,000 matches were called off last season due to poor facilities

• Cancelled matches account for the equivalent of 5,000,000 playing opportunities lost this year because of poor facilities

Poor facilities, poor pitch quality, yet no mention of the harshest winter in recent years, which surely was a contributory factor.

And, whilst on the subject, no 'all-weather' pitch could have coped with the sort of weather thrown at it last winter.

Some would say that 33 county FAs without a 3G is actually a good thing! And why does a comparison with Germany need to be made?

The debate surrounding the sale of England's national stadium aside, Pitchcare has already highlighted how, with sensible and ongoing investment into natural turf pitches across the country could be improved at a fraction of the cost (see Save our Spaces), but no one from the FA or Government seems to want to listen or even discuss the figures.

3G grass is made from plastic, i.e. polypropylene, a substance that some claim will biodegrade within ten years and others say will not biodegrade at all. Chuck in latex and various chemicals and glues used in its manufacture, as well as in pitch construction, and a 3G pitch surely has to be one of the most environmentally unfriendly products on the planet?

The lifespan of a 3G pitch is reckoned to be, with the correct maintenance, around ten years. Some recent high-profile installations have failed in under four years, having failed to meet FIFA's criteria for playability. Some will last beyond ten years with exceptional maintenance practices.

So, in around eight to ten years, there will be hundreds of plastic pitches that will need to be ripped up and a new surface laid. Where will these old pitches end up, I wonder? 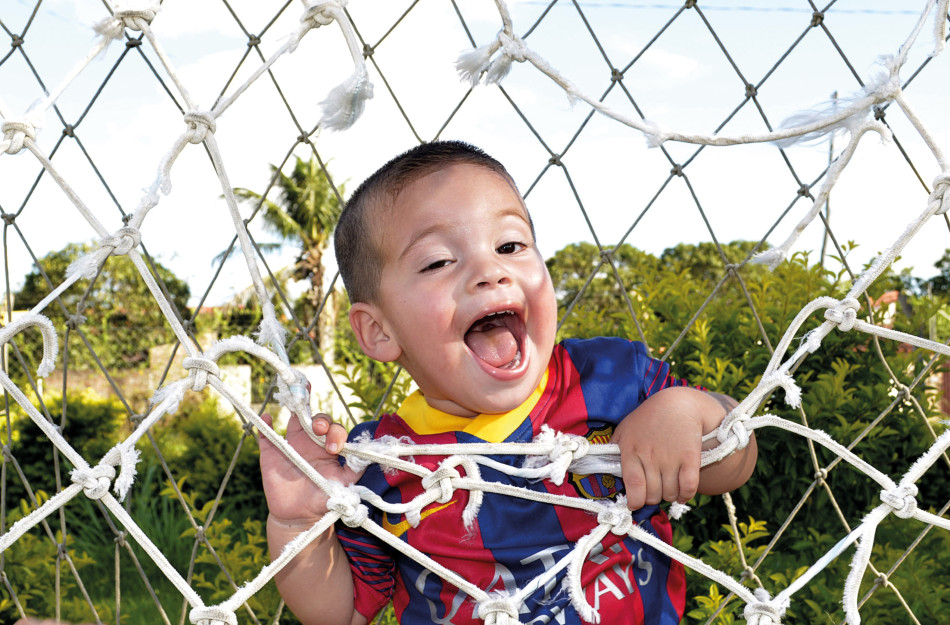 So, where are we now?

At the time of writing, the results of research into rubber crumb being undertaken by the EPA in the United States are eagerly awaited. Its findings were due to be published in 'late spring', but the silence, so far, has been deafening.

Neither is there any indication of when the report might be published, so the wait goes on whilst, all the while, more and more 3G pitches with rubber crumb infill continue to be installed in the UK; the majority at schools and youth sports clubs!

Given that there is no definitive conclusion, and yet further concerns are being raised, surely it makes sense, as Nigel Maguire suggests, to put a temporary halt on any further constructions that incorporate rubber crumb, or is that a step too far for interested stakeholders to grasp?

At a time when plastic is the number one topic of conservation conversation, the continued installation of high numbers of plastic pitches borders on being immoral, doesn't it?

That is regardless of whether the rubber crumb infill is deemed to be safe by the EPA and, if it isn't, what the hell are all these new installations going to do? And at what cost; both financially and environmentally?

And, with each pitch installed in a commercial, chargeable environment, behind fences that would restrain the Hatton Garden bank robbers, soon will be gone the days when a bunch of enthusiastic kids could rock up at their local patch of green grass, throw down a couple of jumpers - or probably hoodies these days - and have an impromptu kick-about.

We have already shown that, given the financial input - which is clearly available, Wembley sale or not - natural turf pitches offer a far more sustainable alternative. And that's without discussing the injury concerns and the players dislike of plastic pitches.

But that's for another time!

Pitchcare has always stated that there is a requirement for artificial surfaces within our industry, but not at the risk to our children's health and the wider environment. All we are asking is for a modicum of common sense until such times as there's a definitive statement from the experts on the safety of rubber crumb infills.

The article's author, Peter Britton, has been closely following developments in recent years and welcomes the support of other industry publications.

Articles you may find interesting on the Pitchcare website: