1 The Rubber Crumb Debate - Blinding us with science?

The EPA's long awaited - and very overdue - study on rubber crumb was released in July; or at least Part 1 was. The 300+ page document is not exactly enthralling bedtime reading and, in truth, by its own admission, declares 'it is not a risk assessment'. We can only await the probably delayed Part 2 with interest! A baffled Peter Britton looks on with concern. 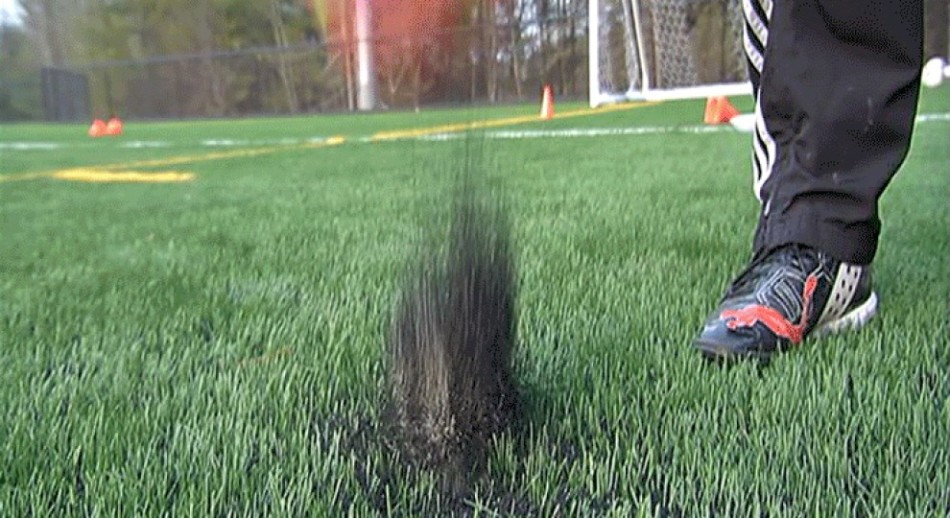 The report was authored by the EPA's National Exposure Research Laboratory, Office of Research and Development, as well as the Centers for Disease Control and Prevention's Agency for Toxic Substances and Disease Registry.

The report opens by making this disclaimer: "The findings and conclusions in this report have not been formally disseminated by the Centers for Disease Control and Prevention/the Agency for Toxic Substances and Disease Registry and should not be construed to represent any agency determination or policy." 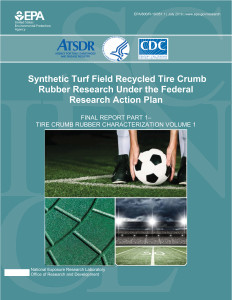 • This research represents the largest and most robust study of synthetic turf fields and tire crumb rubber to date in the United States.

• Findings from this study support the premise that, whilst many chemicals are present in the recycled tire crumb rubber, exposure may be limited based on what is released into air or biological fluids.

• The presence of a substance does not directly equate with human exposure. Whilst there are many chemicals associated with recycled tire crumb rubber, the EPA laboratory experiments suggest that the amount of chemicals available for exposure through release into the air and simulated biological fluids is relatively low.

• Emissions of many organic chemicals into the air were typically found to be below detection limits or test chamber background, and releases of metals into simulated biological fluids were very low (mean bioaccessibility values averaged about 3% in gastric fluid and less than 1% in saliva and sweat plus sebum).

• In general, concentrations [of measured metal and extractable semivolatile organic compounds (SVOC)] in this study were consistent with, and within the range of, concentrations found in previous studies.

• Whilst there is concern about chemical exposures resulting from the use of recycled tire and other materials in synthetic fields, it is important to recognise that some of the chemicals are likely to be present in other types of fields, including natural grass fields. For example, metals, (including lead) and PAHs (including benzo[a]pyrene) of potential concern at synthetic turf fields with tire crumb rubber infill, are also often found in surface soil in the U.S. and may be present at natural grass playing fields.

• This report is not a risk assessment.

According to the STC, Part 2 of the report will include data to characterise potential human exposures to the chemicals found in the rubber crumb material whilst using synthetic turf fields. Part 2 will be released, along with results from a biomonitoring study being conducted by CDC/ATSDR, to investigate potential exposure to constituents in rubber crumb.

The research activities in Part 1, and the resulting findings, do not provide an assessment of the risks associated with playing on or contact with rubber crumb, according to the STC. Instead, these research results should inform future risk assessments.

So, much like the European Chemicals Agency (ECHA) report of a couple of years ago, this latest report plunders both existing data, along with some new research, and presents its finding in such a way as to appear to be doing something positive, but without reaching any hard and fast conclusions.

Reaction to the study in the USA was strong. US congressman Frank Pallone (D-New Jersey) welcomed as a "significant first step toward assessing its safety", the finding that crumb rubber contains a number of metals and volatile organic compounds (VOCs), but said it is "entirely premature for the report to suggest that consumers' exposure to the material's chemical contents is low."

"Exposure testing, including biomonitoring, must be done to fully understand the impact these chemicals are having on those that play on crumb rubber fields," said Mr Pallone. He strongly encouraged the EPA to complete the second phase of its research "so that we may take the next critical step toward assessing any potential health risks."

"It possibly doesn't mean that human exposure is limited, but rather that not all chemicals in crumb rubber are emitted and therefore bioaccessible to humans. Part 2 of the study will assess human exposure to those chemicals emitted via biomonitoring,"

Dan Bond, president and CEO of the Synthetic Turf Council, commented that the industry group is also looking forward to the release of the human exposure portion of the study "in order to provide parents and communities the certainty they deserve."

He also pointed out that the findings presented thus far are consistent with previous studies. "This report highlights what we already know about crumb rubber infill in synthetic turf fields." said Mr Bond.

"The report reconfirms that the mere presence of a substance does not equate with human exposure," he added.

The US Tire Manufacturers Association (USTMA), not unsurprisingly, applauded the EPA for completing the research, and said it is "committed to assisting governments, scientists and other stakeholders conducting further study on this issue."

Environment and Human Health Inc, meanwhile, pointed out that neither the first nor second part of the agencies' research constitutes a risk assessment - and only when one is conducted will there be a finding whether the fields present a danger or not, stating that "that part of the study will be critical." 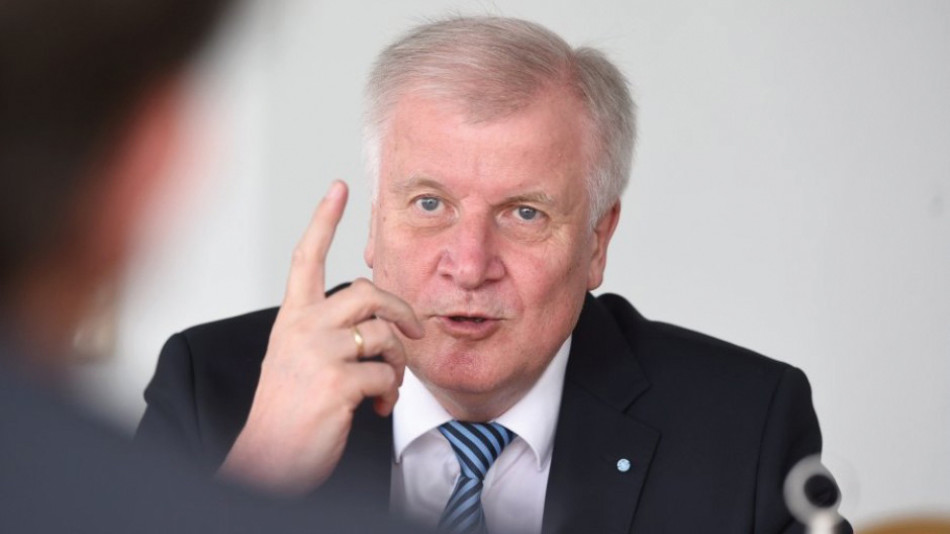 Meanwhile, in the European Union, thousands of synthetic sportsfields are threatened with closure following the planned EU ban on microplastics. Germany's Federal Interior Minister Horst Seehofer has stated that he wants to reach a transitional period to protect and safeguard thousands of amateur sports clubs.

"As sports minister, I promote a reasonable balance between environmental protection and the legitimate interests of sport," he commented. "Many thousands of sports facilities in German municipalities would otherwise be threatened with closure."

Artificial grass pitches emit a lot of microplastic to the environment and, along with the rubber crumb used as infill material, the EU say that they should no longer be permitted from 2022.

Seehofer and the German Football Association (DFB) want to work for a transitional period of six years for existing pitches. According to the DFB, there are currently 5,000 artificial turf pitches in Germany. "If it really comes down to the fact that soon there will be no artificial turf pitches, that would surely be the breaking point for many clubs," said former Bundesliga football professional Mike Rietpietsch.

Back in the USA, but on a smaller but nonetheless equally important scale, a second round of test results show toxic playgrounds at a Washington D.C. school.

The Ecology Center of Michigan revealed that recycled tyres at Takoma Education Campus have high levels of lead. Multiple pieces shown to parents at a community meeting had lead above one thousand parts per million. For context, the US EPA says anything above 400 parts per million is not safe for use on playgrounds.

One parent, Chioma Oruh, who collected the samples from the playground of her child's school campus, spoke out at a community meeting: "I would appreciate if our District government would spend less time trying to play 'Jedi mind tricks' on us and telling us things aren't what they are and really address this."

Parents from other affected campuses weighed in at the meeting. "It's disgusting and appalling that we know that this is a problem and we're choosing to do nothing about it. The sense of urgency for me is very strong," said Fareha Ahmed, mother of a child who attends the Truesdell Education Campus in Washington.

"We have a material, as opposed to something like wood fibre, that is rich in a soup of chemicals - that was engineered for a tyre," explained Jeff Gearhart, director of testing lab The Ecology Center.

DC's Department of General Services is responsible for these playgrounds. They paid for their own set of tests which stated the playgrounds are safe. It still pledges to test all DC playgrounds by January 2020, adding in a statement: "The Department of General Services (DGS) understands that a community group hosted a forum on July 29th on local District playgrounds, and the agency respects this group's right to address issues of concern to them and their membership. Similarly, DGS, the Department of Energy and Environment, D.C. Public Schools and industrial hygienists from SaLUT held a meeting on July 15th with members of the Takoma Education Campus PTO and looks forward to continuing its work with the community as well as the Inter-agency Working Group on Artificial Turf and Playgrounds."

A cynic may say that the EPA Part 1 report smacks of self-interest, protection of a viable, yet unsustainable way of disposing of old tyres, and a disregard for the health and safety of all that play on surfaces that contain rubber crumb - or, at best, a lack of urgency to provide the defining answer.

With mountains of old artificial surfaces currently stockpiling in Holland or heading off to third-world countries for re-use (as reported recently), it is clear that there needs to be an urgent review, worldwide, on the possible dangers associated with these types of surfaces. If nothing less, the industry currently involved in manufacturing and installing these surfaces need some clarification, as do parents and children.

Can we really wait another two years (or more) for the EPA's Part 2 and, even then, is it not highly likely that they will, once again, blind us with science?