At Wigan Golf Club, there has been a long history of sustaining on-site wildlife, and the grounds were recently flagged as a potential stronghold for one of the UK's rarest birds, the willow tit.

BIGGA has taken annual trips to the club in recent years, and their last two visits have uncovered interesting information on the land's flora, fauna and fungi.

Wigan's Head Greenkeeper and a key man in the protection of wildlife in the area, Paul Walker, 49, told us about the site's history of wildlife protection: 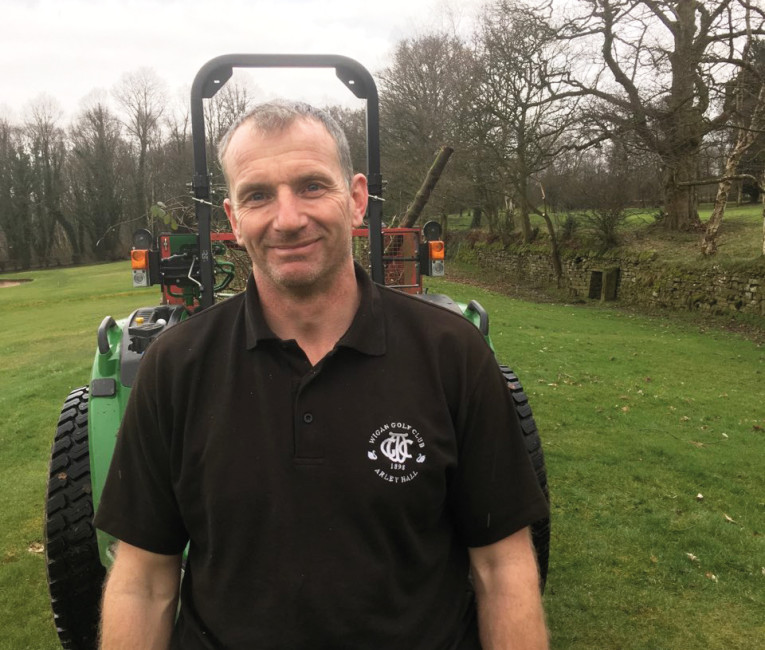 "They call it the 'rugby league tit', because it tends to have strongholds in the same place as the sport. It's found in Wigan, Warrington, Chorley, and follows the same pattern."

"The BBC were discussing a few animals which were being put on a red list. Tom Clare, manager at Martin Mere and son of a member of our committee, Peter Clare, came to do some talks on wildlife in the area."

"He reported that he had heard a willow tit calling out in the woods at the northern end of the site, which is the new end of the course."

"The course was a 9-hole until the early 2000s, and that new side runs along Worthington Lakes, another local wildlife site."

"I was looking to do some tree work over at the end of the course, and asked him whether, before we did so, we could have someone come to the course to advise us on what we can do to encourage the bird and allow it to flourish."

"We had a guy called Wayne over, who is the willow tit expert in the area. He's doing a PhD on the bird. He'll be putting some appropriate feeders up, and measuring the activity of them to prove there are some here, which there almost definitely are." 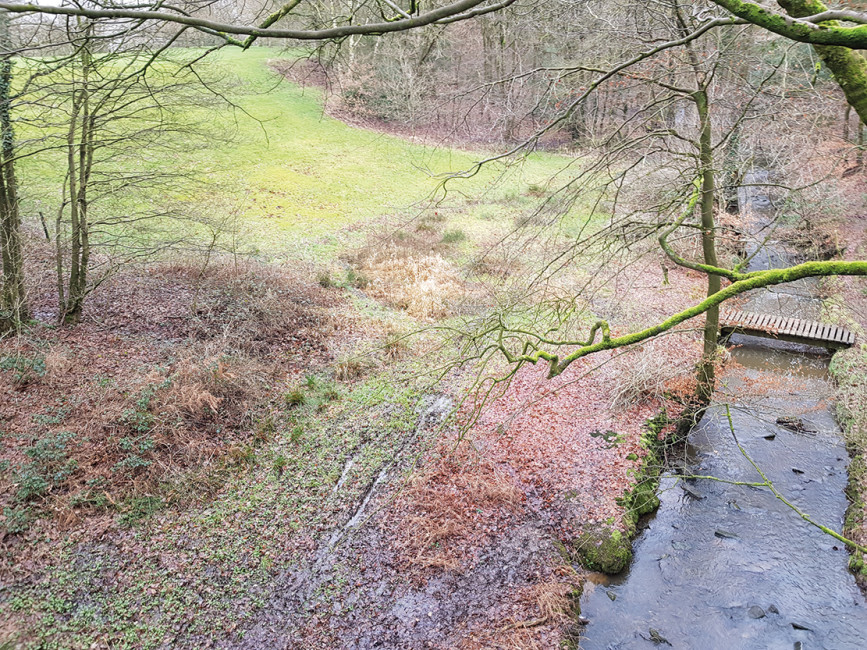 "I know we also have tree sparrows, and we're going to consider ways to preserving their habitat as well. And there are nesting boxes around for similar birds."

"We have to move some of the boxes we currently have around the site, however, as they're frequented by blue tits, which are aggressive competition for the willow tit. They're a common bird, and we want to encourage the rarer ones to get by."

"The next step is that we also have someone coming in to give a talk on bats. We have a few in the area, which roost in the barns."

"Tom Clare has organised for a friend of his to visit during the summer to give some insight into conservation of the bats and how they affect things."

"We don't have an official conservation budget, but we do try to set aside some money to tackle that as an isolated issue."

"Another factor in all this is that the site is ancient woodland - the clubhouse, Arley Hall, and its moat have existed in some form since the 1200s."

"The entire course is subject to tree preservation orders, and we rarely undertake thinning, because it requires council involvement every time. We can't just chop away." 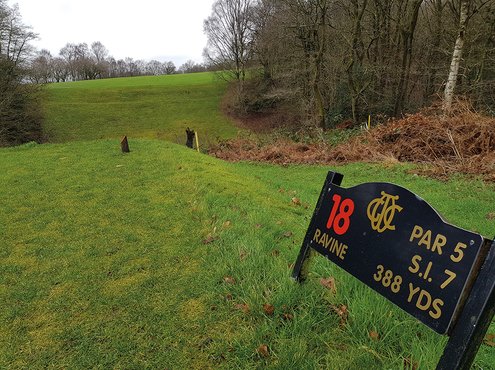 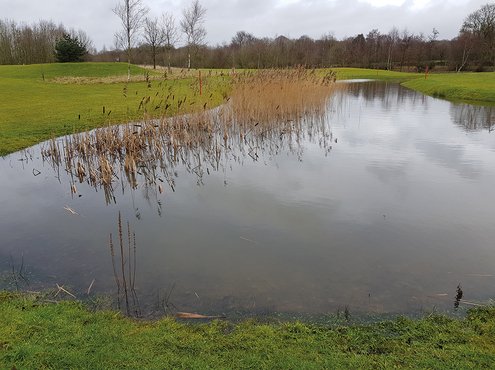 "James Hutchinson from BIGGA comes to visit and compiles a report. He tells us what we need on the course as well, then I just look around at suppliers to see who has it."

"So far in the year, we're seeing nuthatches, blue tits, goldcrests, thrushes, blackbirds, kestrels, and we've got about three or four buzzards flying around too."

"We had to get rid of the first pair while I was here and sent them to a private household. Then, the second pair died - one was caught by a mink and the other drowned when the moat froze."

"James's report said that rhododendrons and creeping thistle have been major concerns across the edges of the holes."

"We've already got rid of the rhododendrons. The creeping thistle, however, lies amongst some semi-protected types of orchid. So, we can't spray in those areas."

"On the site, we also have some other less common birds, including nuthatches, cormorants, tawny owls, greater spotted woodpeckers and redwings." 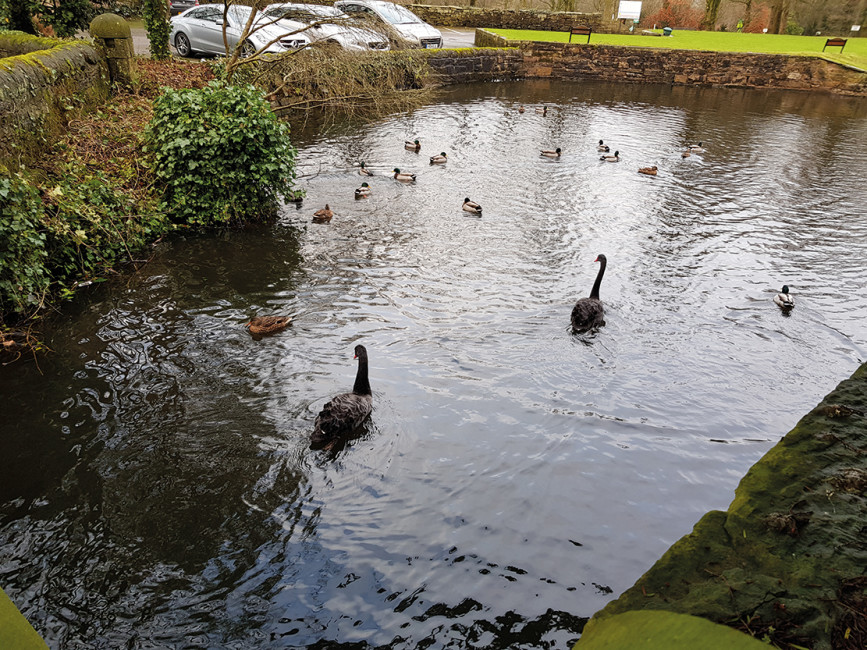 Wigan Golf Club is touted by its staff as the area's hidden gem, both because of its tucked away location down the side of the Leeds and Liverpool Canal, and its policy of accepting fewer members than the other clubs nearby.

This allows fewer tee-off times in a day, quieter rounds for the golfers, and fits in aptly with the club's aims to continue as a centre for wildlife conservation.

It dates to 1898, with the new nine holes only a couple of decades old, built on land donated by former JJB and Wigan Athletic FC Chief Executive Dave Whelan.

The building at its core has been used for various purposes, including personal residence and as an abbey, although some of these remain a mystery.

Its inception was at the home of a local doctor and was decided upon by eight men including the local MP. It was quickly agreed that female members would be accepted. Prince Andrew, a two-time visitor, was in the 1990s named an Honorary Life Member.

The original nine holes were designed by George Lowe, who had been an apprentice of Old Tom Morris while working at the R&A's St. Andrew's.

One of its other most famed sons was John Wild. After his reported death in the Second World War, he re-emerged from a prisoner-of-war camp to lead Wigan GC, then the English Golf Union, and spend much of his time attempting to persuade the R&A to accept Wigan as a venue for The Open.

Once R&A Captain Hugh Griffiths described Wigan in Jack Winstanley's book "The Wigan Century" thus: "It lies like some secret garden to be entered only by those privileged to be its members, or fortunate enough to be their guests."

The club's website claims that: "Our tree-lined fairways lead you to some of the best greens in Lancashire… The course presents a fair challenge to any standard of golfer."

"Over the years, few have beaten it; all have enjoyed it… If you enjoy peace and tranquillity, then Wigan is your course - the sound is the wildlife." The willow tit, which is closely related to and extremely like the marsh tit, and similar to the coal tit, is active all year round. It requires this behaviour to compete with similar birds for the same food sources.

They are tiny insectivores, being four inches long, seven along the wing tips, and weighing only about 10 grams (roughly the same weight as a large coin). They are smaller than many other birds in the Paridae family.

They are also notable for their distinctive call, which is far louder than the bird's size would suggest and ranges from a begging tone to laughter.

The area Paul highlighted, spreading from Wigan and Warrington in the west to Manchester in the east, is the UK's primary hotspot for the birds.

When it nests in hollows and tree trunks, it is known to scrape away at the tree's core like a woodpecker, and even clean the walls of the alcove with its beak.

It is a habitually clean and tidy bird, although this is somewhat typical of those which make their nests in materials which are prone to decay.

When they build these nests, they tend to use the softest materials they can find. At times, this includes feathers from both themselves and other birds.

Threats to the willow tit

At the last official count by the RSPB, the willow tit was reported to have around 3,400 mating pairs remaining. They have marked it 'red status' for conservation in the UK due to 'severe breeding population decline' and 'severe breeding range contraction'.

It is one of the most quickly declining bird populations in our country, and it is thought that over 80% of the UK population has diminished within just 20-or-so years.

Whilst they are disappearing rapidly on our side of the water, it should be noted that the International Union for Conservation of Nature has them down as a 'Least Concern' animal, as they are more stable across much of Eastern Europe and Asia. 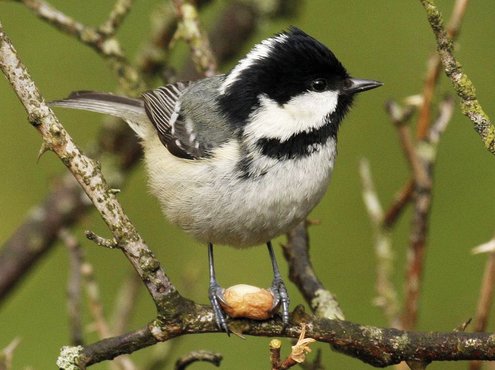 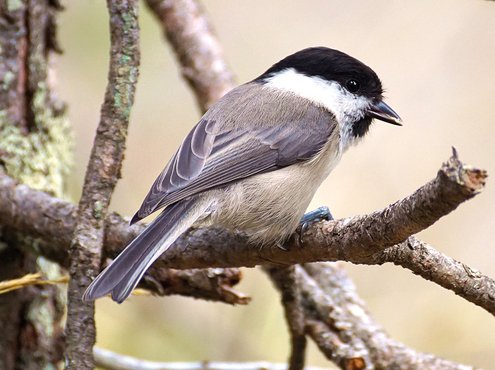 Over here, though, and especially in the rugby league heartland, what is most threatening to the willow tit is the continuing presence of the larger great tit and more numerous blue tit.

Blue tits are the same size - or negligibly different - as willow tits. They differ most significantly in colour, which is a result of carotene pigment (like the krill consumed by flamingos) present in the caterpillars they eat.

Whilst the great tit is the larger of the three bird types and a direct competitor in terms of resources, it is non-aggressive. Because of this, flocks of each integrate with each other. The willow tit rarely joins this behaviour as its numbers are so limited.

They also hunt insects and spiders, whilst also eating nuts and seeds when these are unavailable, which are the staple foods of the willow tit. As the blue tit is a somewhat more successful predator, these foods tend to be unavailable for the willow tit in areas of blue tit dominance.

The blue tit's sheer numbers are perhaps the greatest risk factor for the willow tit. Their numbers have been estimated to around 3.5 million breeding pairs in the UK.

This is such a major problem for the willow tit because of how easily blue tits take to nesting holes - when one pair dies, another almost immediately takes up residence in their old home.

Birds in the species are also known to be feisty, even where humans and larger animals are concerned. They fight for the responsibility for their territory and young. 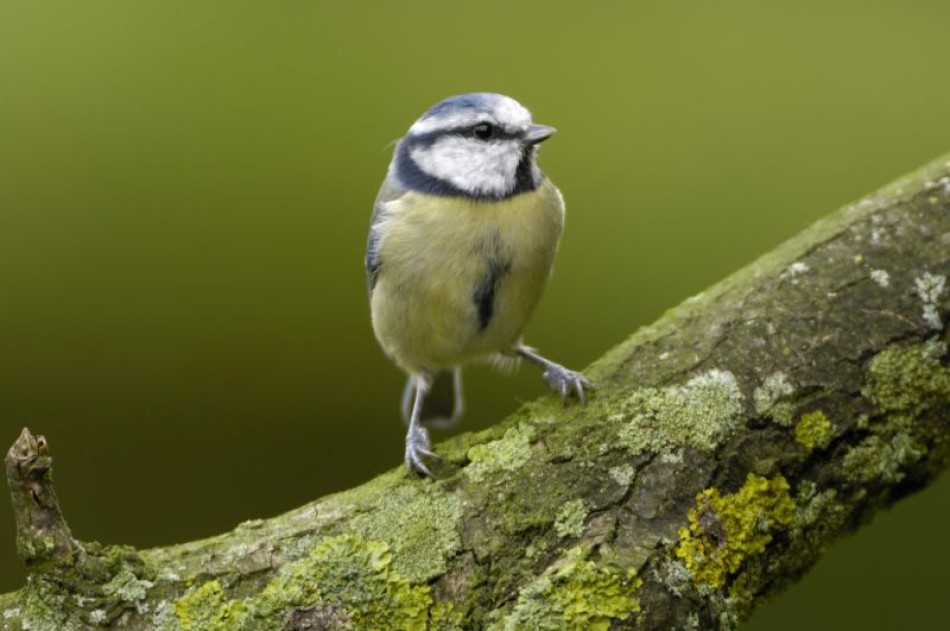 The most useful thing that can be done for the willow tit is to act upon the information above and prevent the blue tit from completely dominating an area.

Unfortunately, much of the care a willow tit can receive is simply lack of care for other animals. Predation is another major factor in their decline, and the animal can be protected by ensuring the grey squirrel and larger woodpeckers are unable to consume the eggs from their nests.

Lastly, it is important to prevent the eradication of scrubland and what is so often pejoratively called 'brownfield' land (which should simply mean 'land which can support life at danger on greenfield').

Damp and mossy territory supports such life so well because it supports the smaller life upon which it feeds, such as caterpillars, worms and insects.

When trying to leave areas in which the willow tit can thrive, it can be as simple as leaving around some dead wood and tree trunks in areas which wouldn't be cleared anyway - simple methods like this can be the difference between continuation and death for delicate species.

This family of birds contains the UK tits (correctly titmice), chickadees and titmice. Although broad in terms of number of species, the Paridae family is markedly non-diverse.

They are almost exclusively small birds, but have strong bodies for their size. They are also marked by short, thick and pointed bills which are effective for eating nuts and other hard items of non-animal food.

The differences between the species are so negligible that there are frequent debates between experts on whether hundreds of subspecies should be solely identified.

They are regarded as amongst the most intelligent of birds.

Tits are known for their incessant noise. It is said that the only time a member of the family will stop calling is when it knows it can benefit by being quiet.

Their skills include the almost bat-like behaviour of hanging from impressively small branches. From this position, they can pluck the most nutritious fruits and nuts from the tips of the branches.