by Martin Ward
in Consultancy, Golf, and Chemicals & Fertilisers
on 28 Nov 2015

In the first of a series of articles, Symbio's Managing Director Martin Ward looks at how healthy soil works and why natural grass systems remain friable, drain well, disease free and colonised by perennial grasses

Back in the 1960s, when the USGA specification for golf greens was formulated and, later, when sand became the growing medium of choice for winter sports pitches, mechanical and chemical grass management ruled.

Heavy use of fertilisers and fungicides became the norm and a wide variety of machinery was developed to aerate and replace the rootzone material that became compacted and unable to drain and support good grass.

Whilst there is no denying that new construction methods have made vast improvements to playing surfaces for winter sports pitches and simplified the management of golf and bowling greens, developments in understanding and use of the biology of rootzones may be poised to simplify grass management and make even greater improvements to the quality of grass playing surfaces.

As part of a series of articles, we will question some of the fundamental management practices developed to counter the limitations of purely chemical and mechanical management and look at the benefits enjoyed by hundreds of turf managers that manage biologically active soil.

Questions to be asked are
- How to keep essential beneficial soil biology alive?
- Is hollow coring necessary?
- What are the alternatives to fungicides for disease management?
- Is it inevitable that we end up managing poa annua?
- Is organic matter part of the problem or part of the solution?

In this article, we will look at how healthy soil works and why natural grass systems remain friable, drain well, disease free and colonised by perennial grasses.

Grass is part of a food chain. Plants photosynthesise, taking energy from the sun, carbon and nitrogen from the air, producing carbohydrates, proteins and sugars. In grass, about 50% of this energy goes into top growth, to feed the above ground food chain. In the average diet 50- 80% of the protein and carbohydrate we eat comes from grasses, think cereals, bread, milk, cheese, meats and beer, but nearly half the energy produced by grass goes underground.

So, what happens to the 50% of the protein and carbohydrate that goes back into the soil via the roots? It feeds the underground, mostly invisible, soil food chain that modern management practices overlook.

Since the 1920s, when inorganic fertilisers were introduced to override natural nutrient uptake, sports turf soil has been prone to excessive fungal disease, dry patch, thatch build up and black layer. Turf managers have been taught to use fertilisers and chemicals to treat the symptoms. Excessive fertilisers, fungicides, water and iron very successfully break down the soil food chain, blocking natural growth and disease suppression. Pesticides and wetting agents are introduced to treat more symptoms and the soil becomes less and less fertile. We probably all know of managers following chemical dependent management programmes and losing their jobs when the rootzone becomes too toxic to support decent grass growth.

Out of sight used to be out of mind, but using molecular analysis and electron microscopes that allow identification of individual bacteria, fungi and other organisms, we can now start to understand how natural processes work on a golf green and how to use them to our advantage.

Food underground comes from exudates from plant roots, in the form of protein sugars and carbohydrates, the stuff you use to make pancakes or biscuits, this is the main food for bacteria.

When grass dies it becomes thatch full of cellulose and lignin. You only have to look at an old dead tree to know this is the favourite food of fungi which convert dead grass, leaves and twigs to humus - the nutrient store and foundation for future plant growth. Bacteria and fungi form the foundation of the whole food chain. The good (saprophytic) microbes only live on dead matter. There are about 20,000 enumerated soil bacteria and 15,000 fungi (Ingham et al), of these most turf managers know the few disease causing (pathogenic) fungi which live on live plants by name.

There are also fungi which live on carbon and sugars inside the grass root. To stop the plant from dying through lack of carbon, these fungi, called mycorrhizal fungi, use their hyphae to suck up phosphate, nitrate, trace elements and water and feed them to the plant, giving the plant a vastly extended root system.

In a gramme of healthy soil, you may find about a billion bacteria weighing about 100ug and a similar weight of fungal biomass, only 10% or so may be active at any time but, for fine grass growth, it is important to have approximately equal bacterial and fungal biomass.

Some bacteria fix nitrogen from the atmosphere, others take it from recycled nutrient in the soil. Nitrogen is not available to the plant when locked up in a bacterial cell or fungal hyphae. The microbes have to be eaten by the next stage of the food chain comprising protozoa and nematodes. Some nematodes can be seen with a magnifying glass.

Protozoa and nematodes eat the bacteria and fungi, they use the carbon to grow and excrete excess nitrogen as ammonium, which feeds the grass when converted to nitrate by nitrifying bacteria in the presence of oxygen.

There are two other types of nematode, root eating and predatory. Root eating you know about, but they are kept in check by the predatory nematodes which eat all nematodes, These, in turn, are eaten by small worms which create small spaces in the soil, leaving little tunnels full of excrement (ammonium) for roots to grow into and feed on, and so the chain expands up to moles and other burrowing animals.

Working together, all these microbes and organisms ensure a constant supply of nutrient for the plant, avoiding the boom and bust of the fertiliser cycle, they protect the grass from disease because, if the grass dies, the whole food chain dies, and recycle dead grass back into usable nutrient.

For turf management purposes, we try to stop the food chain at non-casting worms but, up to that point, all aspects of the chain are necessary for natural healthy grass growth.

Why are many sports turf rootzones so microbially deficient?

Plants have evolved growth mechanisms in association with soil bacteria and fungi over millions of years. Applying a tonne or more of inorganic fertilisers (which are mineral salts) per hectare, per year, means that the plant is swimming in a sea of food. The plant does not need its associations with microbes to live which, coupled with the fact that microbes are killed by high salt index fertilisers, the lack of humus, the use of fungicides, excess water and compaction which deprives the microbes of oxygen, the removal of animals which replenish the microbes via excrement and near daily cutting, mean that the food chain cannot possibly survive.

We often find that sports turf rootzones have less than 10% of a healthy microbial biomass and that the total fungal biomass is much less than total bacterial biomass though, as we shall see, fungi are extremely important to your greens management programme.

How does healthy soil help the turf manager?

If the grass dies, we all starve, so nature has worked out some clever tricks to keep the plant and food chain alive.

Broadly, there are four main mechanisms that plants working symbiotically with microbes have developed to prevent disease.

Beneficial microbes form a barrier around healthy roots, which many pathogens cannot penetrate and some of the beneficial bacteria and fungi produce toxins to kill pathogens. These toxins are the source material for many new fungicides. Some microbes eat pathogens and the plant, and beneficial microbes send biochemical signals to each other when the plant is attacked to encourage the plant to activate its own defence mechanisms and produce plant hormones called phytoalexins to help fight disease.

There are, of course, specific remedies for each disease as they metabolise in different ways but, in general, diseases occur on sports turf because fungal pathogens, which exist partly to cull weak plants, have a lot of weak grass to attack and very few of the natural defence mechanisms to stop them.

The simple solution is to convert thatch into humus as it is formed, releasing the locked up nutrient and providing a building block for future plant growth that holds moisture and increases cation exchange capacity. To do this, you need bacteria and fungi, which eat cellulose and lignin

Thatch is a great source of nutrient for fusarium, thatch fungus, basidiomycetes (the fungi that produce the hydrophobins that cause a type of dry patch) and other nutrient loving fungal diseases. If the thatch is already full of beneficial fungi, the pathogens cannot get a seat at the table, so they cannot grow.

The end of hollow coring?

When the thatch has been degraded and converted to humus, it maintains a good biomass in the rootzone which, in turn, improves friability and drainage, thus negating many of the reasons for hollow coring.

Aeration is needed, of course, as it would be for a 200m3 compost heap but, generally, once the process has started, bi-weekly or even monthly aeration with needle tines or a sorrel roller that do not upset the playing surface are all that is needed for thatch reduction and friable soil.

If you analyse soil supporting poa annua greens, you find a bacterial biomass about ten times greater than fungal biomass, but soil that supports old established fescue, bent and rye grasses has a nearly equal amount of fungal and bacterial biomass. Fungal biomass increases when you start to degrade thatch and greenkeepers report a sudden sustained increase in agrostis or fescue grasses when they start to degrade thatch in situ, i.e. when the fungal population increases. 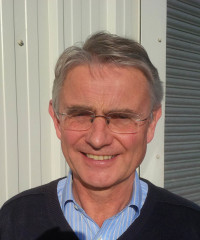 In future articles, we will explore the practicalities of creating and maintaining healthy rootzones and changing management practices to reap the benefits and cost savings to be gained by combining chemistry, physics and biological processes into turf management.

My thanks go to the professors and researchers at the universities of Oregon, Surrey and London for information contained, and especially to the greenkeepers and groundsmen who have helped us with their time, feedback and advice in developing this technology.

Symbio is dedicated to researching solutions to restoring the natural biological activity in soils and growing media essential to ensure the long term sustainability of food production and amenity plant resources for the world's increasing population.
www.symbio.co.uk