by Peter Britton
in Conservation & Ecology
on 18 Apr 2018

Along with modern farming methods, climate change is widely cited as one of the most significant threats to the world's biodiversity, and one that is projected to become increasingly severe through the course of this century. Large-scale monitoring programmes, such as those reviewed annually in 'The State of the UK's Birds', have provided data for a number of cross-species analyses to examine the impacts of climate change.

The following excerpts from the publication are designed to give an overview of the content, along with the concerns raised. It is by no means comprehensive and readers should download the full publication at www.rspb.org.uk. 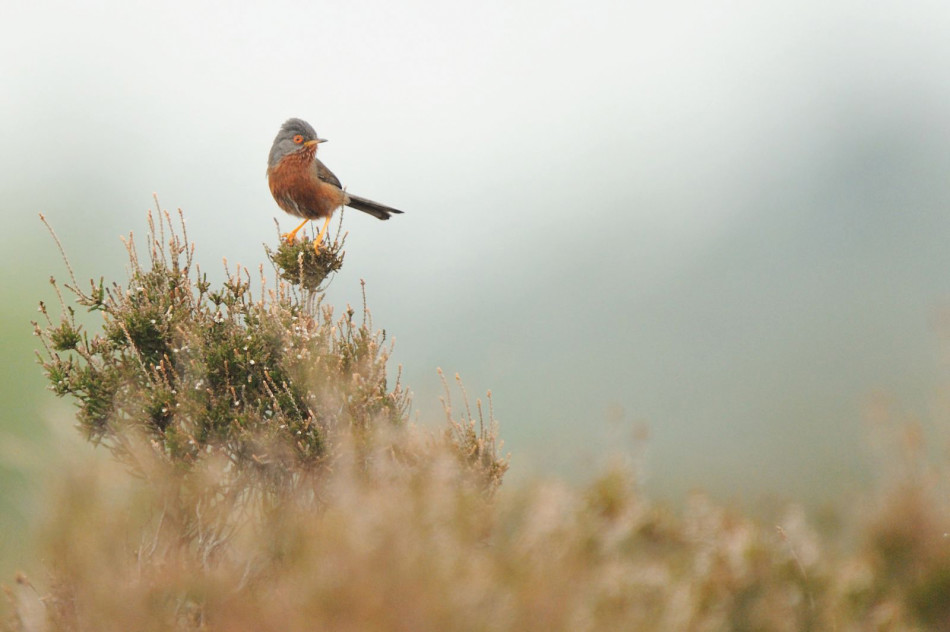 Published in December 2017, 'The State of the UK's Birds' (SUKB) report provides a one-stop shop for the results from annual, periodic and one-off surveys and monitoring studies of birds.

Since 1999, these reports have provided an annual overview of the status of bird populations in the UK (and its Overseas Territories). It presents trends for as many of the UK's regularly occurring species as possible.

The 2017 edition also focuses on the considerable impact climate change has had, is currently having and is likely to have in the future on bird populations in the UK.

The report reviews this research to present the current evidence for how climate change is already affecting our bird life. Projections of how species populations are likely to respond to climate change in the future are examined. It highlights those species considered particularly vulnerable to, or potentially able to benefit from climate change, bearing in mind the many other drivers that are likely to interact with climate change. In the light of this evidence, it discusses the conservation response required to meet the challenges presented by climate change in order to maintain and, where possible, enhance the status of our bird life.

Climate change is already affecting much of our wildlife. Trends in temperature and rainfall over the past 30 years have been shown to affect the distribution, abundance and timing of natural events.

Changes in survival and breeding success lead to changes in community processes and population changes for a wide range of taxonomic groups.

Since the early 1990s, birds in the UK, and Europe as a whole, have shown changes in numbers and distribution consistent with a warming climate.

The UK wild bird indicators are high-level measures of the state of bird populations. They show relative changes in the abundance of common and widespread native birds of farmland, woodland, freshwater and marine habitats. In conjunction with indicators for other well-monitored groups, such as butterflies and bats, they are used as a proxy for the overall state of biodiversity, to track progress towards targets for conserving the natural environment and for sustainable development goals.

Keeping tabs on population changes in our common and widespread birds allows us to gain an insight into the overall health of the environment around us. However, knowing how individual species are faring is essential for directing conservation efforts and monitoring the effectiveness of this work.

Data from the Breeding Bird Survey (BBS) and its predecessor survey, the Common Birds Census (CBC), can be combined to provide long-term population trends dating back to the 1960s. How has the UK's climate changed?

Current projections are for increases in temperature, wetter winters, drier summers and an increase in the frequency and intensity of extreme weather events (including heatwaves, droughts, heavy rain and floods). Overall reductions in water availability, particularly in the south-east, are expected to be exacerbated by increased demand for water for agriculture, industry and services.

Climate change is already affecting much of our wildlife. Trends in temperature and rainfall over the past 30 years have been shown to affect the distribution, abundance and timing of natural events.

Changes in survival and breeding success lead to changes in community processes and population changes for a wide range of taxonomic groups.

Since the early 1990s, birds in the UK, and Europe as a whole, have shown changes in numbers and distribution consistent with a warming climate.
Distributional changes

Species' distributions are changing, predominantly moving northwards, but there is also some evidence for shifts to higher elevations, as has been seen with other taxa.

Shifts averaging about 13km or more to the north and west have been detected between bird atlases (1988-91 and 2007-11) for a number of southerly distributed species, such as goldfinches, chiffchaffs and nuthatches. Other drivers, such as food and habitat availability, may play a part in these shifts, as well as climate warming. Currently, there is evidence that, across Europe, shifts in species' distributions are lagging behind the rate of warming, suggesting that birds may not be responding rapidly enough or, for example, that availability and distribution of suitable habitat and/or changes to species interactions could be restricting the ability of species to track suitable climate. However, to date, there is no evidence for such lags influencing population changes.
Observing extremes

Identifying whether observed changes are caused by climate change remains a challenge, and the subject of a range of studies, analyses and modelling approaches.

Conversely, there remains much to understand about the importance of extreme weather events in driving population change, and the impact of increasing severity and frequency of such events on species survival and breeding success.

The extent to which a species can respond to climate change is affected by various factors and the interactions between them, including habitat availability, habitat quality and the species' physiological and dispersal ability. Warmer temperatures during the breeding season have been shown to have a positive effect on breeding success for a range of species. For example, birds that feed insects to their young, such as great tits and chaffinches, have improved productivity in warm, dry springs, probably mediated by increased prey abundance and good foraging conditions.

Shifts in distribution, geographic variation in population trends, and changes in timing all lead to changes in communities of species. This can affect species interactions (such as predator-prey relationships and competition) which, in turn, can drive further population change

How can we help species adapt to climate change?

Effective adaptation management requires a solid evidence base and experience to recognise and respond to the vulnerabilities and risks that climate change brings, as well as making the most of any opportunities. By observing ongoing changes, we can adapt management of sites and habitats to facilitate species responses to climate change.

Across the UK, nature reserve and other land managers are developing a range of actions to adapt to climate change, from coastal realignment to increasing microclimate heterogeneity.

Natural England and the RSPB have published an online Climate Change Adaptation Manual, which brings together the best available science and practical experience to support decision making. 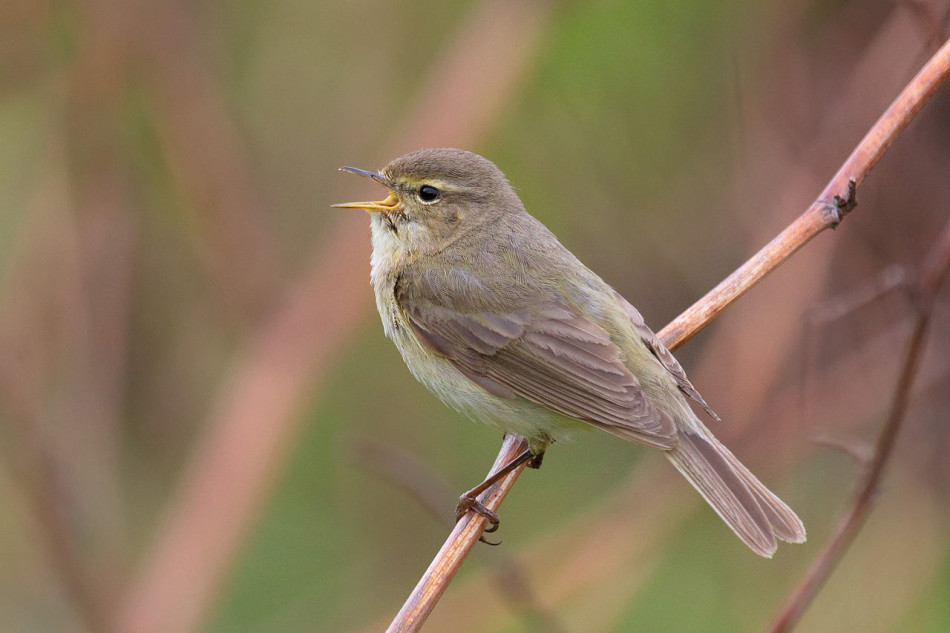 Birds in the countryside around us are changing in response to climate change.

As a resident species, the Dartford warbler is vulnerable to severe winter weather. The population in the UK may have declined to a low of 11 pairs in 1963 following two very cold winters. A period of warming since then has seen the population increase to more than 2,500 pairs and their range extend northwards.

The spring arrival dates for 11 of 14 common migrants have got earlier and egg-laying dates have advanced, with the result that swallows, for example, are arriving in the UK 15 days earlier and breeding 11 days earlier than they did in the 1960s.

However, timings vary annually in relation to spring temperatures and conditions on migration.

Blackcaps and chiffchaffs bred significantly later in 2016 than they have in recent years, probably as a result of lower April temperatures

Species that have extended their stay in the UK show more positive trends in abundance over the period studied, compared to species that had not altered their timing of migration, for example cuckoos and turtle doves.

However, timing of events vary between taxonomic groups. Across a wide range of species of plants and insects, timing has advanced on average by about four days for a 1°C increase in temperature, compared to birds which have advanced by an average of two days. This presents a potential problem of mismatch between peak prey availability and birds' peak prey requirements.