0 The tales of Mr Badger

Along with many other native British wildlife, authors such as Beatrice Potter and Kenneth Graham have humanised and romaticised the European badger, and it is now confirmed as one of the 'good guys' in children's books and folklore. That's, of course, if they are not doing damage to your sports surfaces.

The European badger (Meles meles), or Brocks, as they are often referred to, have complete protection under both the European Bern Convention of 1979 and the UK's 1992 Protection of Badgers Act. Be aware of this, as even removing nettles from around a sett could cause you to face prosecution.

However, both of these documents allow for exemptions "to prevent serious damage to crops, livestock, forests, fisheries, water and other forms of property", provided "there is no other satisfactory solution and that the exception will not be detrimental to the survival of the (wildlife) population concerned".

In addition, the UK's Animal Health Act of 1981 sets out conditions under which a designated government minister can order a cull.

A controversial cull of around 1,500 badgers in south-west Wales has been halted after protesters won their legal challenge to stop it.

The Badger Trust appealed against Welsh Assembly Government plans for a trial cull to reduce TB within cattle. The trust had questioned the cull's effectiveness, though farmers losing diseased stock wanted action.

The assembly government said it was "disappointed" with the Court of Appeal's judgement. Rural Affairs Minister Elin Jones said she would need to consider the judges' decision in detail before deciding the next steps.

The Badger Trust has consistently argued that the cull plan wasn't backed by science.

What was clarified during the Appeal Court hearing was that a 9% reduction in cattle TB was all the government was expecting.

Two of the three judges said this didn't amount to a "substantial" reduction in disease - and that's what's required in law to kill badgers. 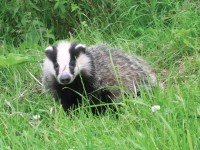 Farmers say they're disappointed, but there is still a package of other TB control measures in place.

One consequence could be an increase in the extent to which farmers quietly (and illegally) dispose of badgers on their land.

But, if there's one clear message emerging from the science, it's that scattergun killing will make things worse. Systematic killing might have made things better - but only slightly.

Why was it planned?

Infection through contact with badgers is one of the main routes by which cattle contract bovine tuberculosis (though nationally, cattle-to-cattle transmission is more significant).

This debilitating disease is caused by Mycobacterium bovis, a close relative of the bacterium that usually causes TB in humans.

Because the bovine bacterium can also cause human TB, infected cattle have to be destroyed.

Badgers are members of the Mustelidae family,which also includes otters, polecats, mink, ferrets, stoats and weasels. They are widesperad throughtout England and Wales, with a few small colonies in Scotland. 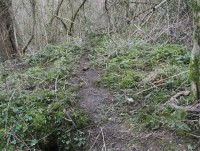 Although they are classified as carnivores, badgers actually eat a wide variety of foods. A large proportion of their diet consists of earthworms, but they are opportunistic foragers and will also feed on fruit, berries, small mammals, birds, carrion, insects and other invertebrates at various times of the year.

An average social group of adults will be made up of 5-12 males, females, juveniles and cubs. In areas where the population is low, there may be just one individual or a pair using a sett. In one area of the Cotswolds, it is estimated that there are thirty adult badgers per square kilometre.

Badgers make runs to and from their setts. These can become very obvious pathways over time, and very little will prevent a family group using an established run. They will dig under fences, walls etc. if they are put in the way of their path.

The entrances to a badger sett will be oval, similar in shape to the human eye, the shape is created because badgers dig out by pushing all the spoils from the side. Bedding is regularly changed in a set, the old bedding is pushed outside and left - an oval hole with dead grass and lots of dug out soil is a dead give away that it is an active sett.

Established setts can be over one hundred years old, and the underground tunnels can cover thousands of square metres.

Dug pits, which are scrapes in the soil with very runny droppings in the bottom, are another definite sign badgers are present.

The grubbing up of grassland by badgers is the result of foraging for earthworms or insect larvae that can be found just under the surface. 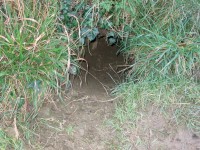 Under the Protection of Badgers Act 1992, it is a criminal offence to wilfully kill, injure, take, cruelly ill treat or offer for sale a living badger. It is also an offence to damage a badger sett or any part of it, including; to obstruct access to, or entrance of a badger sett; to cause a dog to enter a badger sett; or disturb a badger when it is occupying a sett.

It is an offence to use creosote or any other chemical preparation to prevent a badger entering a sett.

What can be done?

Reducing the numbers of earthworms, insect larvae and beetles by using one of the approved pesticides can reduce the impact caused by badgers in sensitive areas.

High powered electric fences, that are switched on only at night, with one strand of wire 8cm from the ground and a second wire 18cm high, will deter all but the most determined badger from an area.

We, as a business, have achieved some good results keeping badgers off grassland with the chemical repellent, Rezist, that I mentioned in the articles on rabbits and mole control. This is, however, a new product and its long term effects have yet to be established.

Don't forget, you can always ask me or www.ukpestcontrollers.org for advice. Andy Beddoes www.abcomplete.co.uk