The Toro Lynx effect continues at Thorndon Park Golf Club, as course manager Robert George declares it "absolutely perfect" after a season of putting it through its paces. 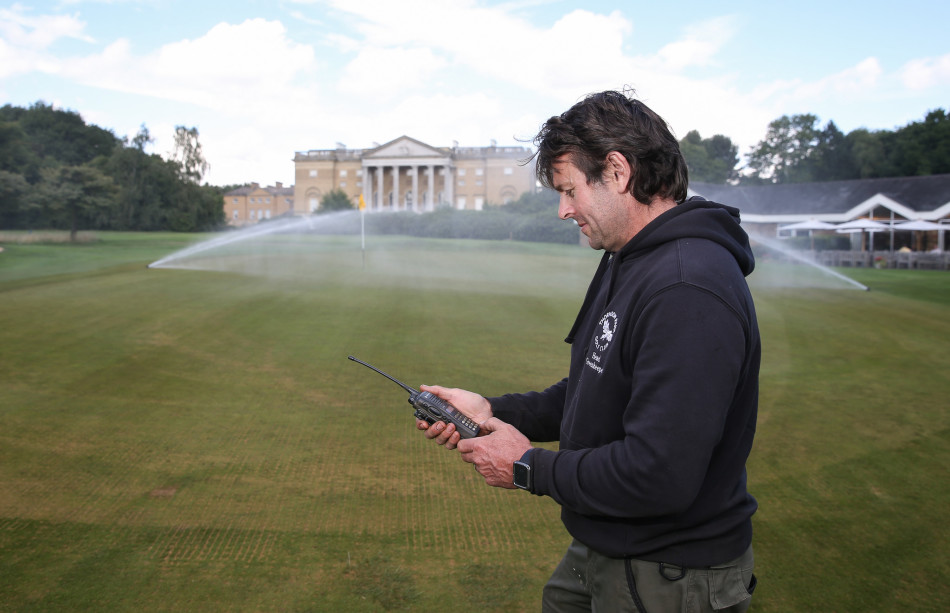 In 2008, Robert oversaw the installation of a Toro irrigation system across the 240-acre 18-hole course in Essex. The system featured 855S sprinklers back-to-back on the greens and surrounds and T7s on the tees, with a Toro Site Pro Central Control in charge of everything.

"That system was great and served us well for over a decade," says Robert. "But the PC tower was on its way out, so when I was at BTME in Harrogate in January I decided to have a chat with Rob Green and Robert Jackson on the Reesink Turfcare stand about the Lynx system. I took a good look at the system which was on display and decided there was no need to look anywhere else, it had everything I was looking for."

And what Robert was looking for was an increase in technological capabilities. "I wanted more information and more programming options," confirms Robert.

Designed in conjunction with a top Google software developer, and in close consultation with greenkeeping and other turf professionals, Lynx's key features and benefits include an intuitive interface that allows users to precisely customise the system to their course conditions and requirements.

It features reporting and map components, plus access to comprehensive information like weather and pump stations, sprinklers and intelligent control with two-way communication between the control system and decoders giving 'live' reaction and adjustments to current activated irrigation programmes.

And with a season of use under his belt, Robert says with conviction: "It's perfect, absolutely perfect.

"It's doing exactly what I wanted it to do and making my life easier. I've hardly had to touch it, we've had the odd decoder go, but you'd expect that. Making alterations, changes and adjustments is simple and it once again confirms my faith in the quality and technology of Toro."

As a Toro machinery customer as well as an irrigation customer, Thorndon Park is a Toro Total Solution customer - and a very happy one from the sounds of things!