0 The Trilo S3 can make the most disliked of tasks at Northenden GC pleasant. 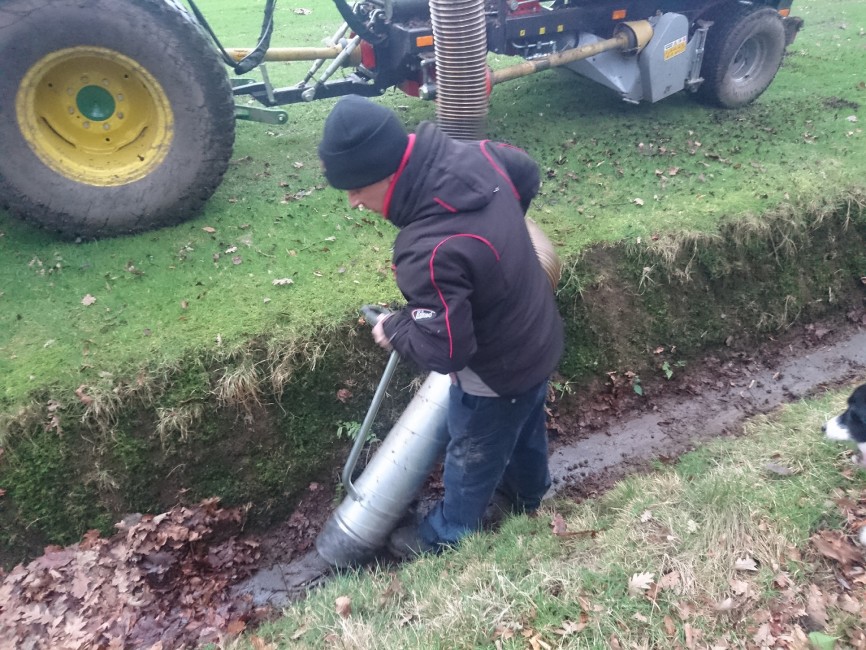 Northenden Golf Club in Manchester is a parkland course, heavily populated by trees. Dealing with the extraordinary leaf fall is one of the biggest bug-bears for Course Manager Robert Cleisham and his greenkeeping team. However, the purchase of a Trilo S3 vacuum sweeper in November 2016 has been a "revelation" in dealing with the most disliked of maintenance tasks on this 18 hole USPGA greens course.

"I was familiar with the Trilo range, having used the S3 in a previous position" explains Robert "so I knew the kit well and what its capabilities were." Prior to its delivery, leaf clearance was done by hand using rakes and knapsacks. On the day of the demonstration, Robert organised for key decision makers to witness the kit in action, setting up scenarios to test the S3 on the course. "Everyone was really impressed with how it dealt with large leaf piles, and even wet leaves, which helped to speed through the purchasing process. A few minor details were ironed out with Trilo's Jon Proffitt over a coffee and just two weeks later, the S3 was delivered. Thanks to this, the job of clearing a long stretch of ditch which used to take the best part of a day now takes an hour or two." 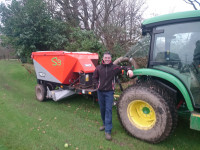 Robert says that the 5m wander hose is particularly useful for getting down into the ditches, taking even wet leaves easily in its stride. The whole team at Northenden are trained to use the S3, and it is most frequently used in conjunction with a blower which piles the leaves up into line for the Trilo to follow up and collect. "It's a task which the team now enjoy - seeing the improved course presentation once the leaves are collected is quite rewarding." Despite only taking delivery of the S3 towards the end of 2016, it made a big impression in its first few weeks. "There was around 2 months of leaf fall around the course which we'd not had the chance to collect but we'd got nearly all of them before Christmas. It's amazing how much you can collect in one pass thanks to the large hopper."

Working at a convenient 1.5 metres wide, the Trilo S3 vacuum sweeper weighs in at only 1200kg making it suitable for compact tractors of 30HP+. The full floating brush head, and low ground pressure, allows the machine to work under the heaviest of conditions where others may struggle.