Trying to get a handle on the British weather is a bit like trying to understand the performances of the England cricket team - one day 'hot' and the next day 'not'. Following what could be called a traditional winter, with heavy snow and prolonged frosts, we were promised a 'barbecue summer' by the 'experts'. Quite where they got that information from I am not sure. Maybe it was born out of hope rather than any scientific facts.

In truth, it started reasonably enough. Spring was mild with plenty of showers in April and early May. Even the oak came out before the ash to concur that we were, indeed, 'in for a splash'. June's hot weather did see the barbies come out, but then came July with, to coin another phrase, 'more rain than you can shake a stick at'!

The country's changeable weather is a result of its location - with the Atlantic on one side and a large continent on the other. We are, at various times of the year, at the mercy of the Gulf Stream, the Russian Steppes, the Mediterranean, the North Pole and those pesky French. There is also the Great Oceanic Conveyor to take into consideration, apparently.

In effect the UK's position on our planet means that we are on the 'front line' of warm air from the tropics and cold air from the poles, which spawns the vigorous depressions and quiet anti-cyclones that also bring marked changes in weather.

Subtle changes in the wind direction effect our weather patterns far more than many other countries, making predictions difficult.

Weather forecasting begins with detailed measurements of the current state of the atmosphere. Scores of instruments on weather balloons, satellites and ground observatories around the country make continuous measurements of sunshine, air pressure, wind direction and temperature. The numbers are then fed into a mathematical model running on a super-computer that is roughly equivalent in power to 8,000 desktop PCs.

This super-computer carries out simulations with slightly different initial conditions just to see the range of possible outcomes, called an ensemble. From the ensemble is deduced the most likely outcome.

It is not an exact science because weather systems are governed by the chaos theory, which says that small changes can lead to highly unpredictable disruptions later down the line.

The Met Office carries out forecasts for the next five days, which are available to the public. The European Centre for Medium-Range Forecasts, a collection of all the meteorological centres across Europe, also carries out medium-range forecasts for five to ten days. The errors grow exponentially, therefore, you will not find credible forecasts, even for the large scale, that go beyond ten days.

The Met Office also advises on likely trends up to fifteen days ahead and provides an outlook for the month ahead. They have recently begun producing seasonal forecasts. Like the monthly forecasts these do not say whether a specific day will be good or bad, wet or dry, but give an idea how the season may be in terms of temperature and rainfall against long-term averages. In the past decade computers have become more powerful. The Met Office says its forecasts for the day ahead are correct six times out of seven, and its three-day forecasts are as accurate as one-day forecasts were twenty years ago.
And then there's records and averages.

The World Meteorological Organisation (WMO) requires the calculation of averages for consecutive periods of 30 years, with the latest covering the 1961-1990 period. However, many WMO members, including the UK, update their averages at the completion of each decade. Therefore, the UK's averages are set between 1971 and 2000. Thirty years was chosen as a period long enough to eliminate year-to-year variations.

These averages help to describe the climate and are used as a base to which current conditions can be compared. 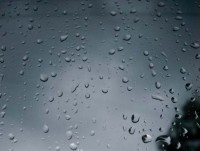 I think we are all agreed that July was 'pretty wet'. Here's what the Met Office had to say:

"Rainfall was significantly above normal in almost all areas, particularly in a broad swathe stretching from south-west England, through Wales, the Midlands and northern England into eastern Scotland. These areas recorded over twice the average July rainfall, with south-west England, south Wales and parts of north-east England recording over three times the normal amount.

The drier areas were in northern and western Scotland and eastern East Anglia, with up to 150% of the July average. Provisionally, it was the wettest July on record over England and Wales (in a series from 1914), being slightly wetter than July 2007 and much wetter than July 2008. Over Wales it was ranked 2nd in this series, with only July 1939 being wetter.

Over the UK, it was also wetter than July 2007 and 2008 and provisionally ranks 4th but close to the July totals in 1936, 1939 and 1988. Sunshine was close to the 1971-2000 normal across the UK, northern and western Scotland faring best with about 120% of normal. The wettest areas were also the dullest, with south-west England and Wales recording typically 80% of normal sunshine."

Well, at least that confirms our feelings - July was wet! But, here's a thing. If July 2009 was wetter than the previous two July's then why did the country not suffer (thankfully) the terrible floods of 2007 and 2008?

Apparently, it's all to do with the type of rain and where it falls. The floods of the last two years were caused by torrential rain, whereby huge amounts fell in a short period. This causes the ground to become waterlogged, which then simply became unable to hold anymore. In the case of Wales and Yorkshire rain rushed off the surrounding high ground swelling rivers, with the water also finding 'alternative' routes. In other areas, for instance Worcester, the already high water table created similar problems, resulting in the river Severn breaking its banks.

The 'steadier', more consistent rain of 2009 has, for the moment at least, not caused such excessive problems as the ground can move the water away to the coast over a longer period of time.

Whilst the impact of the weather affects our daily lives - it always rain when the kids are on holiday - the impact on this industry, especially in financial terms, is significant.

The trials of Steve Rouse at Edgabston during the third Ashes Test are well documented, and both Warwickshire CCC and the ECB will have suffered financially, losing nearly two days play, having to refund tickets and losing the bar takings from the Barmy Army.

But, further down the sporting ladder, those traditional summer sports, club cricket and bowls, will have lost significant income due to the fall in clubhouse revenue. This will, in turn, have an effect on end of season renovations for cash strapped clubs, with the possible decline in the surface for the next season which, again, impacts on retaining existing members and attracting new ones. It is a vicious circle completely outside the control of the clubs.

There is nothing that can be done to combat the effects of the UK's weather. We simply have to grin and bear it or, more likely, make it the topic of conversation down the pub!

As I post this, there are clear blue skies, England are making a hash of the one day series and I'm praying for rain! And, as one wag said; "If you don't like the UK's weather just wait a minute!"