1 The Water Act – what are its implications?

The Water Act - what are its implications ? 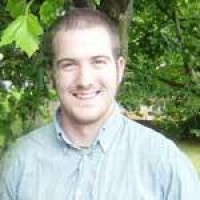 Multiple small measures contained in the new Water Act mean that water is set to become more expensive to use and abstract. In future greenkeepers, like other major water users, are likely to be required to demonstrate water efficiency in order to retain their abstraction licences.

CAMS explained
The Environment Agency (EA) has divided the country into 129 water catchment areas, each with it own Catchment Area Management Strategy (CAMS). Each area is being assessed for its available water resources, and the current volume of water abstracted or used.

Each CAMS area will be assessed by the EA every 6 years, and the data used to make decisions on licence renewals and applications. Currently, assessments have shown that there are insufficient water resources in the South and the East of England.

If the total licences and abstraction use exceeds the available water resources, the area is designated as over licensed or over abstracted. In this case no more licenses will be granted, and time-limited licences may not be renewed - especially if efficient water use has not been demonstrated.

Abstraction licences
The cost of abstraction licences looks set to rise, partly due to the extra administrative costs associated with the Water Bill. In the near future, greenkeepers will be required to collect data that proves they are utilising water effectively. This will entail keeping meticulous records - at least four years worth.

At the very minimum, a water audit will need to be completed requiring a flow meter to be fitted to water pumps. A site map, showing water sources, use, and disposal points is another likely requirement. There is also now a need to show efficient use of water: To this end, irrigation equipment will need to be regularly serviced and maintained to ensure that the volume of water applied is appropriate for the time of year, type of grass and soil.

After July 15, 2012, there will be no compensation for revoked or removed abstraction licences. The protection from liability will also be removed - abstractors may be held liable for any damage to property or wildlife habitats caused by abstraction, with the burden of proof lying upon the abstractor.

Tighter controls are to be introduced on diffuse pollution, essentially more stringent rules on the use of pesticides and fertilisers. The EA is likely to be granted additional powers to prosecute diffuse polluters - greenkeepers will therefore need to show good practice and collect data on water management on site to avoid prosecution.

All new licences will be time-limited, probably for 12 years. By-right licences will not be time limited, but could be revoked if causing serious environmental damage.

Proposed new four-year 'use it or lose it' conditions may be difficult to manage in certain situations. This may result in more new licences being available than in previous years, due to abstractors that are not using them having to give them up. 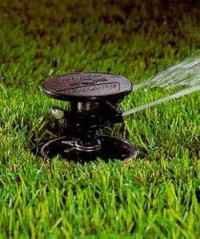 The PIC system is an expandable, bespoke system initially designed to monitor moisture in the field, but we have now broadened it's remit to encompass turf, horticulture, landscaped gardens, as well as other applications such as engine and pump monitoring, weather stations, and crop store monitoring. It can also function as a fully automated control system - controlling irrigation in response to moisture deficits.

Data is collected by remote sensors, and sent by cable or radio to a central datalogger. The datalogger then emails (by gsm) the data to the user's PC. Once on the PC, the software will calculate and show moisture deficits, along with other factors such as rainfall and humidity, and provide information in order to properly schedule the irrigation.

Further information on the Water Act can be seen at the following sites: