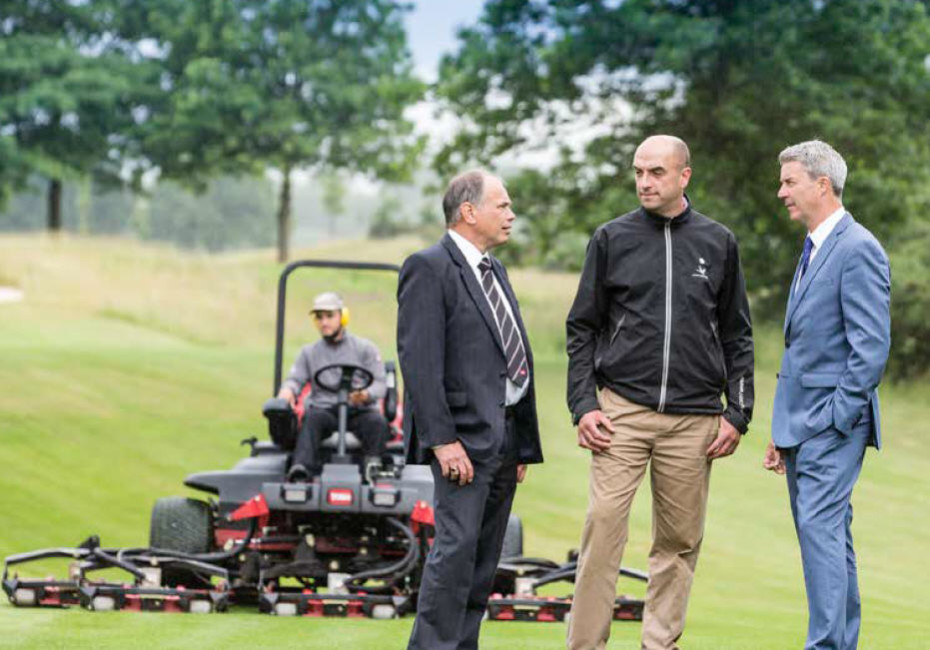 This year, The Wisley Golf Club celebrates its 25th anniversary and long-standing 25-year relationship with Toro, which is now set to continue thanks to a recent renewal agreement.

As one of the world's most revered private member golf clubs, originally designed by Robert Trent Jones, The Wisley has maintained its fairways with Toro since it opened in 1991.

Now, as the Surrey-based Club approaches its quarter of a century celebration, its Toro fleet is set to grow having just signed a new five-year agreement with Turfcare specialists and Toro distributor Reesink Turfcare.

"The Club has always had a good relationship with Toro in its 25-year history," says director of greens John Lockyer, who heads up a 39-strong greenkeeping team.

"We're currently deciding what our first order under the new agreement will be, but it is likely to be mowing equipment and sprayers."

With a high agronomic profile, having previously worked for the STRI and Roehampton Club, Lockyer joined The Wisley 18 months ago to drive high standards on the greens and fairways; a feat he has been able to achieve with help from Toro machinery.

"I have a 26-year career in greenkeeping, through which I've managed many different fleets, but I still come back to Toro," he says.

Although the club has a long history using Toro, Lockyer says he and his team still assessed the competition when the time for renewal arose. "We looked carefully at competitive machines and did trials to ensure we're getting the best in for the job. We found Toro to outperform others with what they could offer in terms of cost, performance, reliability, support network, and depth of product range," he explains.

The Club's greenkeeping team, who Lockyer says were also involved in trials of both Toro and competitor machines, agree. "Feedback from the team found Toro comfortable, easy to use, reliable, and all were happy with the results," he adds.

Consisting of three loops of nine holes, not only is The Wisley consistently ranked among the best courses in the country, but its greenkeepers also rank among the finest, making Toro the perfect match.