by External source
in Cricket and People
on 27 Jan 2022

0 The Wonders of Willington: meet the men who keep a club afloat

Willington Cricket Club is a good example of how a team of dedicated volunteers has kept a club alive after some hard times. 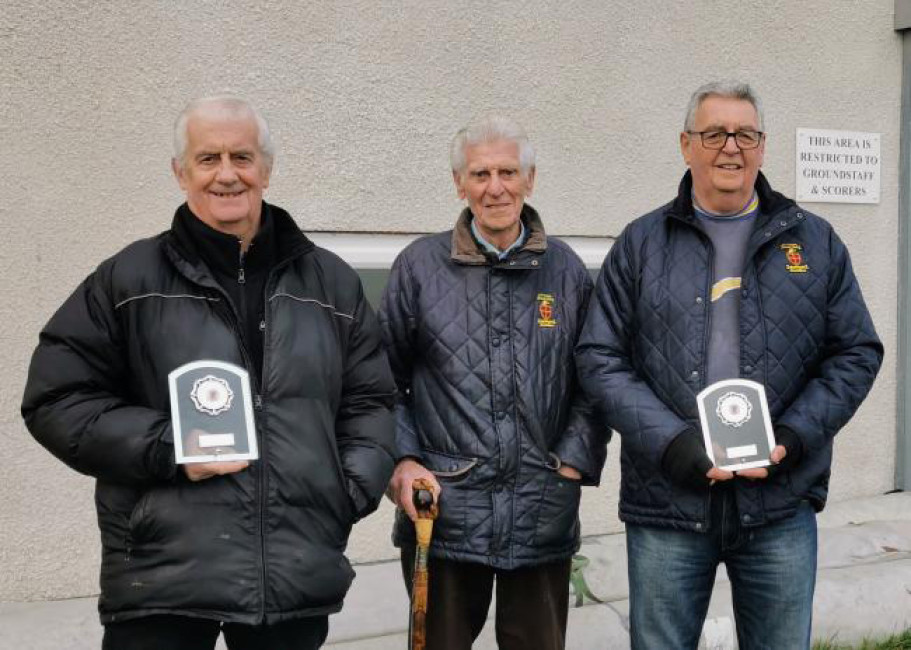 Former Willington cricketers and now chief groundsmen: David Dixon, left, and John Coe, right, with their awards together with Bobby Lee in the centre, another former player who is a trusted assistant

Seventy-year-old John Coe, 74-year-old Dave Dixon, together with Bobby Lee, now well into his eighties, are leading members of the team.

All three not only played for the club way back in the 1960s, but they have recently won an award from the North East Premier League for their work as groundsmen at the club that they love. Their awards were the result of comments and marks given by visiting umpires.

John Coe recalled: "I can remember in the early 1990s when we only had one team at Willington, and that was in Division 3 of the North East Durham League.

"We have moved on dramatically since then, after being offered a place in Division 1 of the North East Premier League in 2013, a league which caters for clubs like Ashington, Shotley Bridge, Chester-le-Street and South Northumberland.

"Karl Brown has worked hard developing the club at senior level while Darren Brown has done well developing the junior teams which has meant that we have had a steady succession of players coming through the junior ranks to represent the first team."

For years John, David and Bob have devoted their spare time to looking after the square. John continued: "I have a map of our square in my head, so I have a good idea of where the 1st team wickets are the second team wickets etc, etc.

"We usually give ourselves 10 to 14 days to prepare a wicket. First of all we cut it out, then take all the dead grass out, water it, let it dry, roll it before a final cut down to a reasonable level.

"We have also been rewarded for our efforts by Durham County who have played some fixtures at Willington. We hosted an Under 18 game with Lancashire last year while Durham Ladies played Essex Ladies before that.

"Like many clubs we rely on people giving up their spare time to help support the club. We are only as strong as our volunteers."

You can read the full article from the Northern Echo HERE