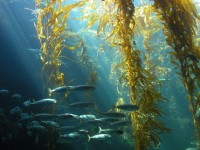 Seaweeds are found throughout the world's oceans and seas and none are known to be poisonous. Many are actually nice to eat and even considered a great delicacy in many Asian countries. Seaweeds are also used in many maritime regions for industrial applications and as a fertiliser.

The role of seaweed in agriculture dates back thousands of years, and has been an integral part of coastal farming, and it can be said, with honesty, that it is a most effective fertiliser. Whilst it is still used in all of these ways, a significant event took place at the end of the last century that dramatically changed the way in which we now look at seaweed and its potential utilisation.

In 1992, more than one hundred Heads of State met in Rio de Janeiro, Brazil for the first international Earth Summit, convened to address urgent problems of environmental protection and socio-economic development. The assembled leaders signed the Convention on Climate Change and the Convention on Biological Diversity, endorsed the Rio Declaration and the Forest Principles, and adopted Agenda 21, a 300 page plan for achieving sustainable growth in the 21st century.

The UN implored governments to rethink economic development and find ways to halt the destruction of irreplaceable natural resources and pollution of the planet. Following this UN mandate, the EEC invested in several projects to replace existing chemicals known to be toxic or hazardous, and be replaced with sustainable, environmental and ecologically friendly solutions that perform as well as the chemicals they replace. It was following the successful conclusion of one such project that explored the potential of the properties of seaweed, that Sea-Chem was formed.

Many products used throughout industry, agriculture and the home contain chemicals known to be toxic or hazardous. An increased awareness of the effects of chemicals on human health, coupled with escalating levels of global pollution, has driven governments across the world to produce ever more stringent chemical and environmental legislation.

In order to comply with this legislation, there is a growing demand for safe alternatives to traditional chemical products. Sea-Chem was established to fulfil this demand, and it is against this ethos that our product range has been, and continues to be developed. None of the products carries any hazardous classification symbol.

Process Efficiency - Solution as effective as the chemicals it replaces

The products are as effective as the traditional chemical products they replace, but have none of the associated health, safety or environmental problems.

The company formulates and manufactures all its own products with health, safety and the environment in mind. Where possible, they incorporate their own unique seaweed extracts. They have over one hundred years combined experience in formulation chemistry and problem solving in industries as diverse as engineering and manufacturing, food and beverage processing, janitorial cleaning, waste water and sewage treatment, pollution control, agriculture and horticulture.

Seaweed has been recognised and used in the agricultural, horticultural, amenity and garden markets for many years as a growth stimulant, or combined with nutrients to form a comprehensive range of fertilisers and soil conditioners.

However, research conducted by a pan European body found it was an excellent surfactant, coupled to being produced from a highly sustainable resource.

The products are derived from brown seaweeds such as Laminaria digitata and Ascophyllum nodosum, which are fast growing cold water kelps found in abundance around the coast of Northern Europe and Iceland. Research illustrates an estimated 100 million tonnes of kelp seaweed are available worldwide for a sustainable annual harvest, with a renewable life cycle of between three and five years.

Sea-Chem produces a number of seaweed extracts from various brown cold water seaweeds. The seaweed is sustainably harvested from the West Coast of Ireland; it is washed, dried and ground before being shipped to their contractor's factory in England for processing. The extracts are produced using a proprietary natural process that does not include the use of high temperature, high pressure or additional chemicals such as caustic potash and solvents, and have developed a comprehensive range of products, based on several unique technologies, which replace hazardous materials used in the following diverse areas: 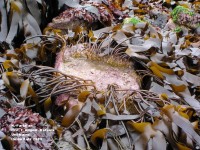 Seaweeds and kelp have been used for thousands of years by mankind to assist with the growing of food, as a direct food source and in housing and industry.

Utilising modern technology, access to seaweed has improved together with a greater understanding of the ecology of the seas. The whole basis of the seaweed industry is no different to that of sustainably managing land-based crops - understand the capacity of the resource base and utilise it to the best long-term advantage by ensuring its use is targeted to the most appropriate application, as determined by its particular qualities.

In conjunction with taking energy from the sun in the form of photosynthesis, kelps and seaweeds have always relied on, and will continue to rely upon, nutrient run-off from the landmass for their growth and provision of unique qualities. It is the ongoing return to the land of this complex plant nutrient, in the form of seaweeds, that makes for investigation into the future sustainability of marine derived materials, and the benefits this recycled resource can provide to man and the global ecology.

As the demands on agricultural land increase, and production expectations become higher, so too is the importance of sensible utilisation of all possible nutrient inputs into the human food chain.

Nearly four fifths of the world's surface is covered with oceans and seas. Over millions of years, various nutrients of the land have been washed into the seas of the world making them increasingly mineral rich. For eons, since before the first recording of history, man has sought nutrition from the seas - either directly or as a means of enhancing the soils in which crops are grown or to grow the crop itself. The predominant use of health giving kelp, seaweeds and fish were - and in some cases still are - based on cultures such as Japan, whereas many other parts of the world have gone through phases of utilising this remarkable resource. Seaweed's usage was dependent on the availability of conventional food crops at various times, together with the quality and production expectations of crops grown with the assistance of seaweeds and fish. On the islands of Orkney, seaweed had long been gathered by Orcadians, dragged up from the beaches and spread across the fields as a fertiliser. This tradition was capitalised on by the island lairds who quickly saw that there were profits to be made gathering the seaweed and burning it to produce kelp. The ash produced was rich in potash and soda, substances that were eagerly sought after by the glass and soap industries.

Various initiatives around the world are being taken in response to the environmental pressures, either already applying to seaweed habitat or that which can be anticipated to occur as a result of population growth on coastal zones. As more is learned about the oceans' resources and the complex relationships contained in marine ecology around the world, local and broader programmes, including research, are increasing to conserve and understand what is considered a very valuable asset to the world.

In future articles, we shall consider the diverse ways in which seaweed is now used, how it is sustainably harvested and processed, and look in depth at the advantages that it can bring to horticulture, agriculture and, in particular, amenity land applications.
For further information email: steve.nicholls@sea-chem.co.uk or visit www.sea-chem.co.uk