In May, as cricket clubs across the country were gearing up for the start of the season, there was a spate of break-ins at clubs. A storage unit at Swindon's ground in Staffordshire was broken into but nothing taken. Hinton were burgled. And then, on or around 11 May, thieves stole equipment including three mowers, three strimmers and a hover mower, from Oldswinford and Stourbridge. "We have had graffiti in the past, things going missing. But this was something else, it was a professional and clearly planned job," the vice-chairman, Paul Hatton, says. 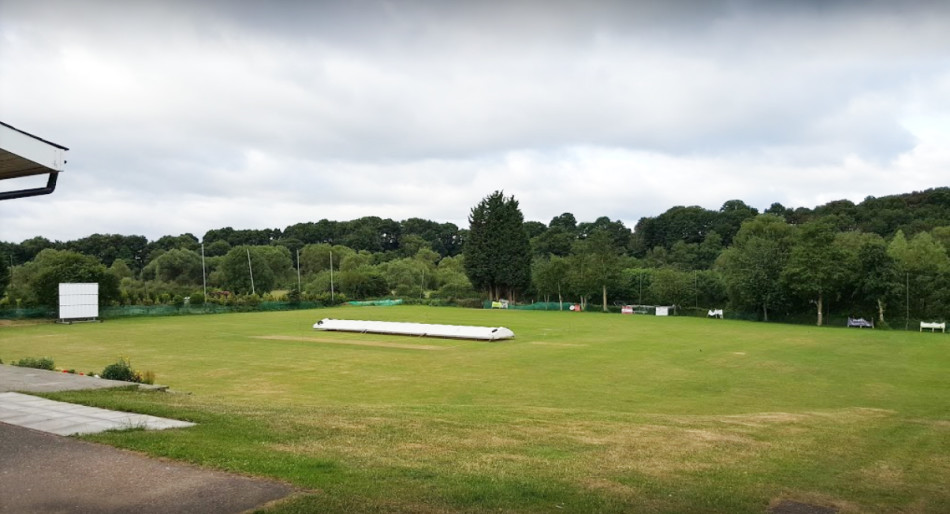 This was not an insubstantial amount of equipment. It would certainly have required a van of a decent size to squeeze everything inside. "It was at our third- and fourthâ€'team ground," the treasurer, Brian Whitticase, tells the Spin. "Essentially, thieves got into the container - one of those metal containers - and took the mowers and other bits and pieces. Our insurance claim is about £14,000.

"Some of the clubs they targeted are very remote - Swindon's is well set back from the road and fairly isolated, so they're a soft target in some ways. Ours, there's houses all around but it's happened in the middle of the night and nobody noticed anything. I've been at the club for about 15 years and I've played cricket for the best part of 40 years and it's the first time I can remember anything like this happening at any of the local grounds. I've been treasurer for 12 years and we've not had any claims in that time."

Early one Saturday morning about two months later, and 30 miles away, someone walking a dog in Armitage, Staffordshire, passed the village cricket club and noticed that the doors to their metal container were lying open. 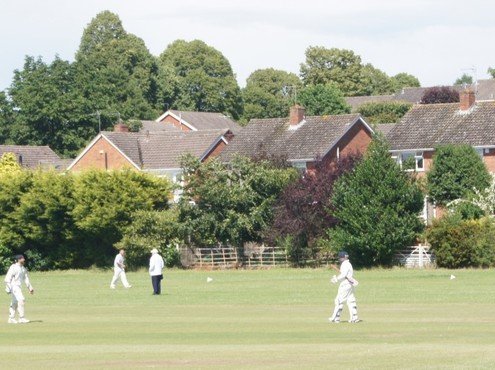 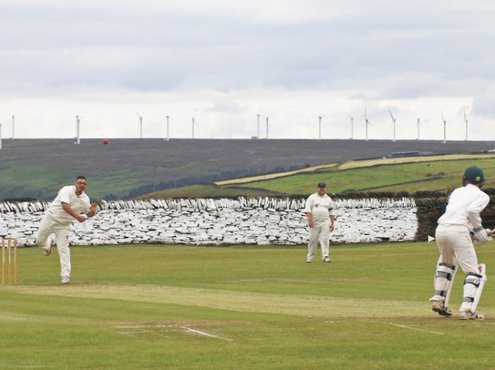 "We're a pretty small village club, as you can imagine," the secretary, Richard Harris, says. "We've got two sheds; one's like a shipping container, with pretty sturdy padlocks on it. They'd taken a sit-on mower, new this season, which had cost about £2,500, another mower and two strimmers. There's no CCTV or stuff like that. You try to secure the place as best you can but, if they really want to get in, there's not a lot you can do about it."

Armitage were uninsured, having struggled to find anyone willing to cover equipment left in an isolated, unalarmed storage container. "We're absolutely gutted," Harris adds. "Financially we do all right but it's a major setback. We're going to have to spend money that could have been invested in new equipment, like sorting out the nets, and spend it on replacing everything ready for next season."

Financially we do all right but it's a major setback. We're going to have to spend money that could have been invested in new equipment, like sorting out the nets, and spend it on replacing everything ready for next season

On the night of 2 July at Queensbury club, between Bradford and Halifax, thieves broke into the storage unit and took an outfield mower, a small tractor and two walk-behind mowers, collectively valued at around £20,000. "The ground is somewhat isolated like many cricket fields, on the edge of the village in an area of farmland," the secretary, Neil Myers, says. "They'd opened up the roller shutters, taken what they'd wanted and when they left they shut all the shutters and replaced the locks. On visual inspection we thought we were OK but when we moved the locks they just fell apart. The police told us it must have been a professional job.

"We've had three break-ins in about the last 10 years but this time they took the really big stuff. It was a 42in outfield mower, which means the blades are 3ft 6in wide - it's a big hefty thing. They would have needed a substantial vehicle. We've upgraded our alarms and security now, but how far do you go? If someone's determined to get in, they'll get in." 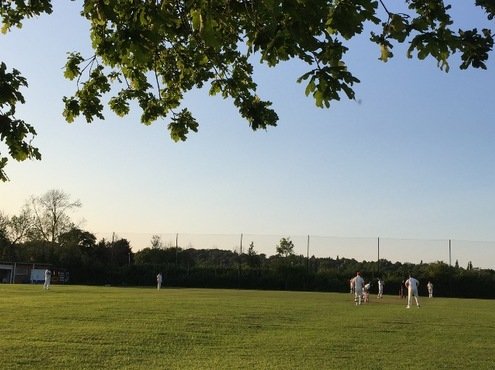 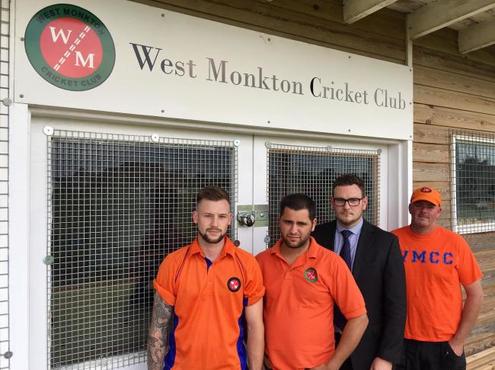 The club were covered by an insurance policy arranged through the England and Wales Cricket Board and have already replaced much of the equipment. "We'd held the cup final the previous Sunday afternoon, made a bit of money and were quite pleased with ourselves," adds Myers. "We're a purely amateur club, all of our money has been raised by members. We've had lots of support from the cricket family but it's a kick in the teeth."

And so it continues. On the very same night a generator worth £3,774 was stolen from Coldharbour club in Surrey, the third to be stolen from them in the past three years. "I was gutted when I heard because you can't keep losing generators and replacing them," the chairman, Peter Mason, says. "The cost of that really can bring a club like ours to its knees."

The following day two generators, a lawnmower and a leaf blower, as well as "hundreds of cans of alcohol", were taken from West Monkton club in Somerset. "It may appear like petty crime to some but incidents like this can really affect the operations of a cricket club," a spokesman says. "There's a lot of people that put in a lot of hard work at the club and incidents like this set us back both physically and mentally."

On 25 July police investigating a call from a neighbour arrived at Kirkstall Educational club in Leeds to find two vans, engines running, containing all of the club's ground-keeping equipment, including a tractor, four mowers, a lawn-spiking machine, a strimmer and a leaf blower. The thieves escaped on foot.

On 6 August thieves drove a van into and over security fencing in order to steal £11,000 of equipment, including mowers and strimmers, from Longridge club in Preston, Lancashire. "This has had a massive impact on this small cricket club and has resulted in them having no equipment to maintain the pitch and surrounding grounds," said PC Heather McAtee, who is investigating the crime. "Given the lengths the thieves have gone to gain access, we believe this must have been a targeted burglary."

This has had a massive impact on this small cricket club and has resulted in them having no equipment to maintain the pitch and surrounding grounds. Given the lengths the thieves have gone to gain access, we believe this must have been a targeted burglary

Three days later New Longton club, 15 miles away, was targeted and a ride-on mower, among other equipment, was taken.

Village cricket clubs are often fairly remote, and own decent ground-keeping equipment. And as a basic rule, if there is an opportunity for humanity to disappoint, sooner or later someone will take it. Clubs are obvious targets for criminals and always have been. There does, however, appear to be an epidemic of van-driving thieves criss-crossing the country laden with the most valuable equipment. The market for this loot would seem small - this is niche equipment, unsuitable for domestic gardeners, liable to tempt only conscience-free groundsmen responsible for other cricket clubs, football pitches and bowling greens.

The ECB reports that the number of incidents it has been made aware of this summer is similar to those reported in recent seasons, so in fact there has not been a marked spike.

It operates an emergency fund which can assist clubs that are affected by serious crime (or other significant and unforeseen problems, such as flooding). "We will always offer support and advice to clubs who are victims of vandalism or any other similar incident," says a spokesman. "This is done on a case-by-case basis working closely with the relevant local county cricket board."

Having spoken to people involved with several of the targeted clubs, and to the police force investigating one of them, it seems that - other than the foiled raid in Leeds - none of the stolen belongings have been recovered and none of the criminals have been arrested. Someone, somewhere, is cutting their grass with one of these things, unless they have all been melted down for scrap.

One way or another, the clubs make do. They cash in on their insurance, they lean on their friends or, as Armitage are doing, they make do with old or borrowed equipment. Most importantly, the teams keep playing. This is a circle of strife, a reality that illustrates the nature of the game and our times, and it is a thoroughly depressing treadmill of callous thoughtlessness, opportunistic criminality and repeated misery.

This article first appeared in The Spin, the Guardian's weekly cricket newsletter. To subscribe, visit HERE