0 These boots are made for ... greenkeeping

Paul Smith, Head Greenkeeper at Royal Lytham St Anne's Golf Course tells us how he ensures his team of Greenkeepers are warm and comfortable all year around. 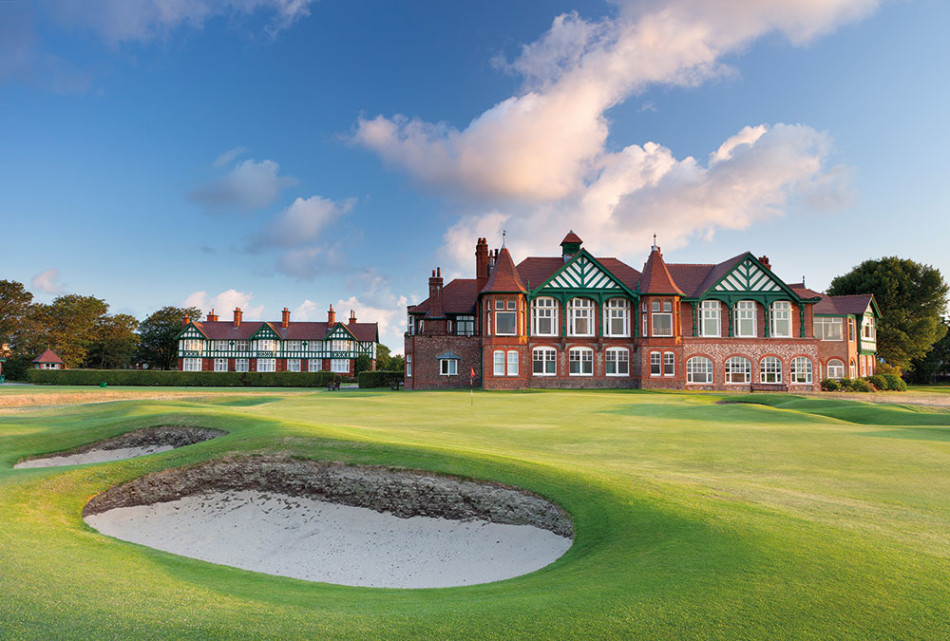 I'm Paul Smith and I have been Head Greenkeeper at Royal Lytham & St Anne's Golf Club for 18 years now. Keeping the course in tip top condition is my pride and joy but it is a job with many challenges. The Club itself has an international reputation. Indeed, there can be few golf enthusiasts who are unfamiliar with the Royal Lytham St Annes Golf Club, by reputation or by experience. Founded way back in 1886, it is one of the premier links courses in the world with a strong reputation for great golfing conditions. The club has hosted eleven Open Championships, from 1926 to 2012, two Ryder Cups, and several other major tournaments such as the Walker Cup in 2015, as well as the Women's and Seniors Open Championships.

The layout of the course has remained largely faithful to the original created by the Club's first Professional, George Lowe, over a century ago. Some improvements were made by Course Designer Harry Colt, in 1919, when some of the Greens and Tees were repositioned and numerous bunkers were added.

The course is set between a railway line and an area of suburban housing, so is generally not regarded as a conventionally beautiful course, but it is fondly regarded for its unique charm, as well as for its playing difficulties, including an often-present strong sea breeze. It also has 170 bunkers around the Fairways and Greens, so it is a course where accuracy of shots and careful planning are required. It is not the longest course, but it can be a tough and challenging one on which to play. It is also a course that requires a huge amount of care and attention from my team of greenkeepers.

Given my role at the course, I am aware of the responsibilities I hold to maintain the condition of the Club's fairways. For a golf club of such high reputation and rich heritage, the pace and quality of its greens has to be my paramount concern. I head up a team of ten assistant greenkeepers who are dedicated to managing, maintaining and improving the quality of the course throughout the year and in all weathers. 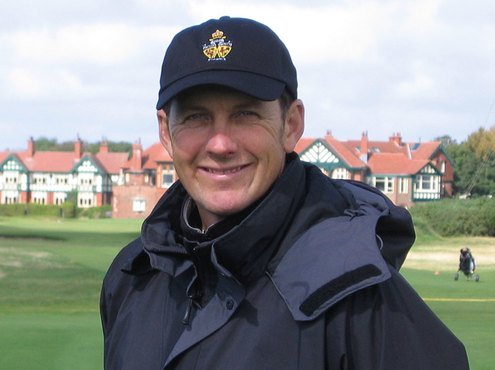 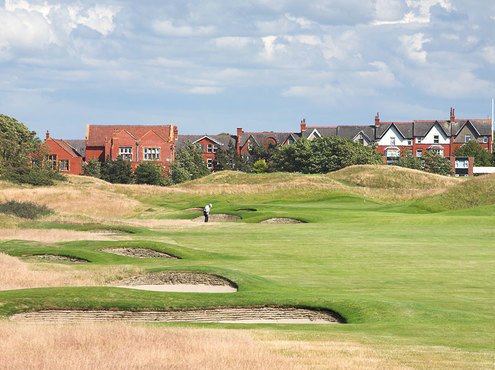 The team is diverse in age and experience, ranging from a 20-year-old apprentice with a foundation degree in green keeping at Myerscough College, right through to a 59-year-old greenkeeper with over thirty-five years' experience. What we share is a passion for working outdoors and a huge pride in our work. We are united in our efforts to produce a top-quality golf course and it gives the whole team pleasure to see the results of our labour.

Our team is routinely assessed by the Sports Turf Research Institute who visit regularly to carry out objective assessments. These involve measuring the turf grass quality of the turf for, smoothness, trueness, firmness, speed and moisture. As one might expect the golf club is a member of British International Golf Greenkeepers Association.

Typically, as a standard practice, all members of the team work an eight-hour day, five days a week, with an early start of 5am or 6am. They must be physically fit and are committed to working hard throughout the year. The type of maintenance work is seasonal, the frequency and intensity of treatments are delivered to produce optimum sustainable turf grass quality all year round. There is a tendency to undertake redevelopment and construction project work during the winter months, such as building new bunkers and relevelling tees. During summer months the team tend to work solo, walking anything up to nine miles per day hand mowing the greens, collars and tees.

What all this adds up to is the need for me to motivate and encourage my team so I can get the very best from them and ensure the quality and high reputation of the Club. Working together brings challenges in terms of staying warm and comfortable and I know that my team must remain healthy and safe to stay focused on the job at hand. There are many ways to keep the team's motivation high, one of the most important being to guarantee that they are always issued with the best in protective work clothing and footwear.

I firmly believe in the efficacy of dry, warm feet. It sounds an obvious point to say that to get the best from my team, they need to be well protected from the elements. But well-fitting, appropriate footwear is not always easy to come by, so I have recently been on a mission to make sure everyone in the team has 'happy feet'. The green keepers work to an exceptionally high standard throughout the entire year and often in really tough weather conditions. They need year-round protection with the continued benefits of waterproof, breathable and durable footwear. Having 'happy feet' is a bit of a pet concern of mine. 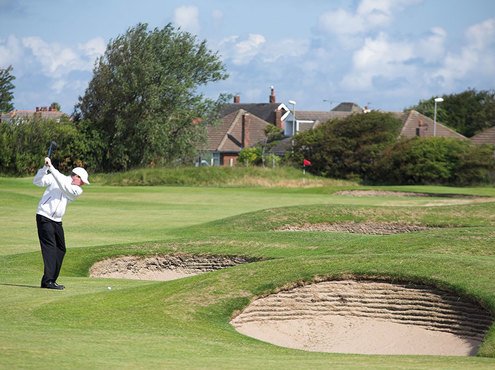 With this in mind, in 2016, the team and I took part in an interesting three-tier trial in conjunction with HAIX safety footwear manufacturer and Gore, the manufacturers of GORE-TEX® product technology. We had tried many different footwear types over the years and we know that there are some great boots around on the market that will do the job. But finding exactly the right weight, comfort level and durability was something we had still not accomplished.

In February 2016, Royal Lytham purchased GORE-TEX® Black Eagle 50 Mid Boots for the greenkeeping team. Following ten months of wearing these protective safety boots, Gore and HAIX were invited to the golf club in December to attend a feedback meeting with our team. We wanted to let them know how the test boots had fared. Our team also completed a detailed questionnaire about the different qualities of the boots, such as comfort, warmth and waterproofing. What came out on top was the waterproofing aspect of the boots, with the whole team completely satisfied with that element. Comments at that time included "comfortable, waterproof and safe" and "best boots I've ever had, good re-drying and hard wearing".

So far so good, but the team were then also offered a wearer trial of two new styles of boot: GORE-TEX® Airpower XR3 - a robust mid length boot or GORE-TEX® Airpower XR21 - a high ankle boot. As with the boots already in use by the team, the Airpower boots are certified to EN345-1: 1992 safety footwear for professional use with the classification 1 of S3. S3 classified boots offer basic requirements for a safety boot, as well as closed and energy absorbing seat region, antistatic, protection from water penetration and absorption, penetration resistant and cleated sole. The two styles were distributed between the greenkeepers.

We tested the new styles over the three-month period between December 2016 and March 2017, during the winter's worst weather. We were very happy with the new boots, which was surprising given that we were already satisfied with the previous ones we had tested.

The overall fit and wearing comfort of the test boots were given the thumbs-up by the whole team and almost all of them found the test boots better or significantly better than their previous boots. Nine out of ten of them found the weight of the new boots very good or good and eight said they found the boots warmer. My team also liked the re-drying, flexibility, durability and slip resistance of the new boots and commented positively on their design and appearance. A unanimous verdict of 100% of my team found the test boots waterproof and 90% said they would recommend the Airpower test boot to someone else in the same industry. 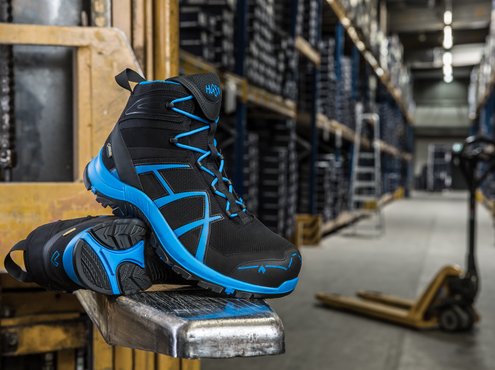 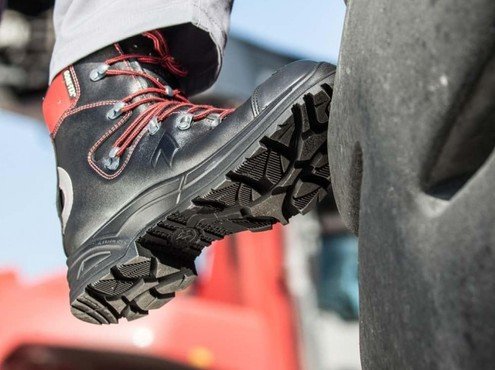 Comments from the team

The final part of the test consisted of interviews with several members of my team in March 2017, so we could give further feedback on the wearer trial. As Head Greenkeeper, I was asked how important it was for my team to have good foot health and to wear boots which are waterproof and lightweight. As I've already said, I feel very strongly that this is absolutely vital, and Gore has brought to us a greater technical understanding of how the products work, how to look after them, how much sweat is lost from your feet and the impact of that: even down to the fibres of the socks we wear.

My team spoke enthusiastically about the new boots. Craig Harrison, who has worked at the club for four years as an assistant greenkeeper explained he found them durable, very supportive around the ankle and warm in foul weather. Craig commented: "They'll probably last me five or six years because I'll just wear them in the winter. They are really good, really waterproof, really comfortable and I didn't have any problems getting used to them to break them in. I couldn't fault them."

Another of my team, Mark Davies, who has worked at Lytham for thirty years, commented that he has seen a vast improvement over the years in personal protective equipment provided for him to wear at work. He explained: "The test boots were as waterproof as Wellingtons but they're a lot more comfortable."

And Paul Rendell told us: "The first week I got the test boots I was sat on a mower for hours. It was so cold but, my feet were as warm as toast."

Warm feet all round

"We were already delighted with the year-round comfort and protection offered from the boots we'd purchased and were using when we were invited to take part in this wearer trial. The new styles took us to a new level and offered the team a robust, durable and warmer solution to foot protection during foul, wet and very cold winter weather conditions. Some people might think I'm a bit obsessed by 'happy feet' but this really is something I take very seriously, so I will continue to invest in the quality and technically advanced footwear portfolio offered by these boots."

The team from W.L. Gore & Associates, joined by members of the Pitchcare team, will be at BTME on stand M12a.