by External source
in Equestrian
on 11 Oct 2017

Head groundsman Thomas Wootten is carrying on a family tradition by getting Carlisle Racecourse spruced up for Red Rum Day and the start of the 2017 jumps season. 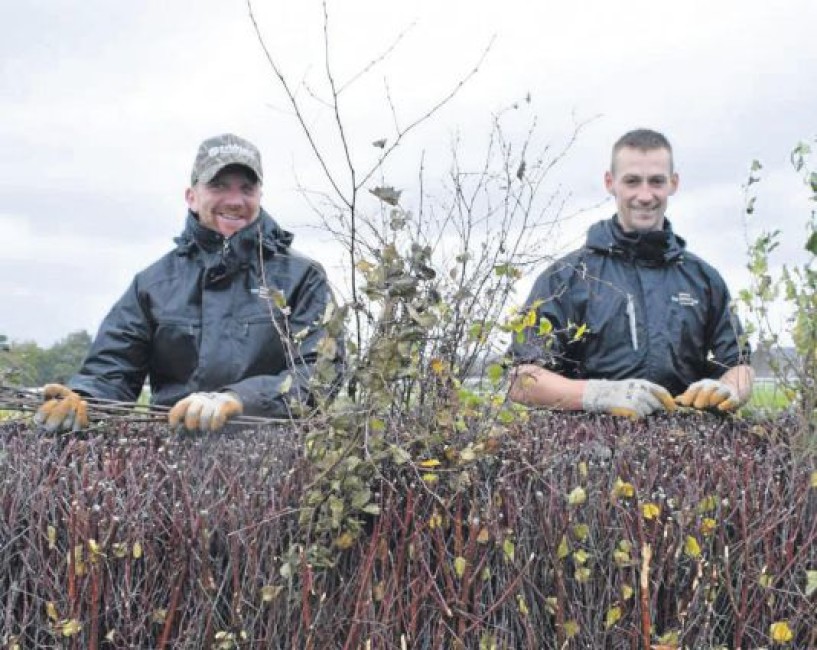 For the past 30 years, a Wootten has overseen preparing the course for the National Hunt season.

Following in the footsteps of his father Tony, who was head groundsman from 1987-2012, Thomas is putting the final preparations in place for Red Rum Day on October 19.

He and his ground staff are readying Carlisle's historic jumps and hurdles courses with bundles of birch and truck loads of spruce, both used to create the obstacles which provide the test for some of the nation's best chasers and hurdlers.

Thomas said: "Preparations are going really well and we're looking forward to Red Rum Day and the start of the season on October 19.

"We've finished preparing the hurdles and are now well on with the renewal of the jumps which is an intricate job. We completely renew three of the nine fences each year and this is really specialist work."

The Racecourse uses around 2,000 bundles of birch every season to renew the nine 4ft 6in high jumps which are topped off with spruce.

The Jockey Club has invested more than £50,000 in enhanced drainage and general improvements of the course over the last year.

Carlisle Racecourse's general manager Geraldine McKay said: "The course is looking fantastic. Thomas and his team have once again worked hard to ensure that when the jumps season starts everything is in tip-top condition."

October 19 is the second annual Red Rum Day which marks the feats of the world-famous steeplechaser.

Donald McCain, who last season labelled Carlisle as "the best track in the north of England for jump racing", said: "Carlisle has been good to me and that's why we continue to send plenty of horses there."

To read the original article from the News & Star click HERE