Thousands of parks across Britain are in urgent need of investment to stop them falling into decline, a poll has found. 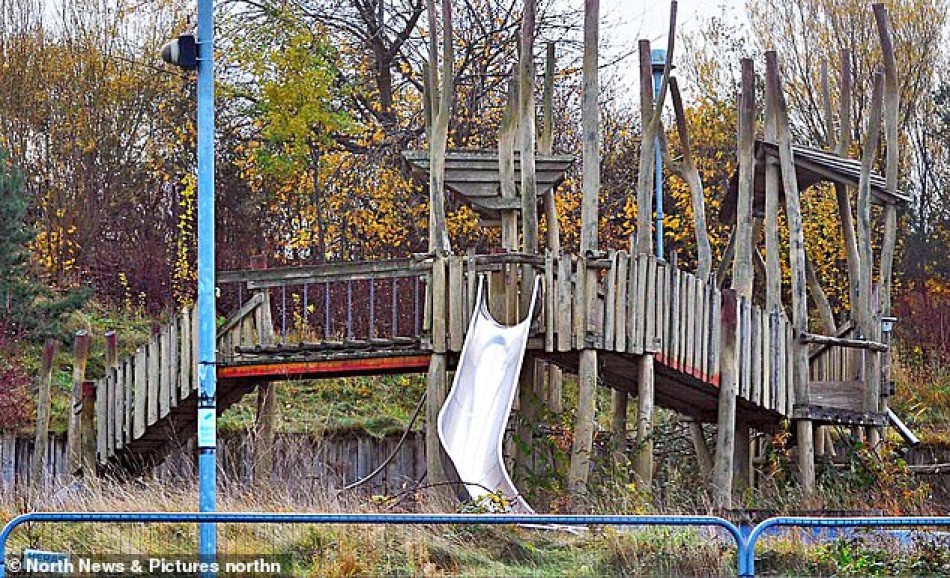 The Clasper Village playground, above in Gateshead, fell into such a state of disrepair that the council deems it too dangerous for use and it has been fenced off

More than two-thirds of people surveyed said their local park needed an upgrade, and a staggering 97 per cent said their community would suffer if green spaces were lost.

The research comes after The Mail on Sunday revealed that thousands of parks are under threat of falling into disrepair or being sold off by cash-strapped councils.

Local authorities are shutting almost two playgrounds every week, grass is being left uncut and flowerbeds are being removed at hundreds of sites across the country.

The findings put further pressure on the Government after this newspaper's Save Our Parks campaign attracted support from leading political figures and thousands of members of the public, who have endorsed our demands for new rules and investment to protect council-run parkland.

Our campaign calls for a statutory requirement for councils to ring-fence funding for parks at £30 per household, per year, and a legal duty for all green space to be managed to a good standard. 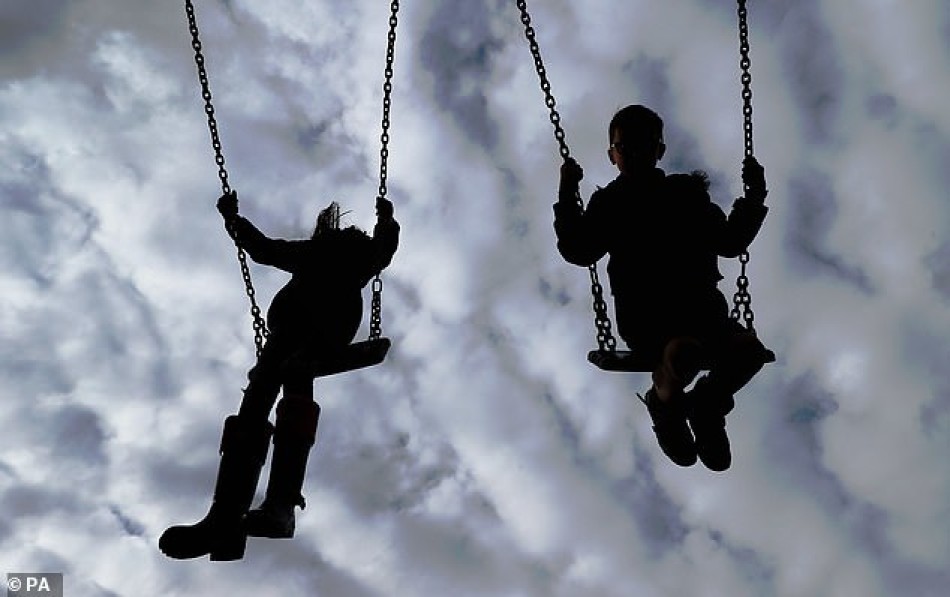 Councils admitted they planned to decrease spending on play areas by 44 per cent by 2020, which means many more would have to close

We are also demanding rules banning development on, or the inappropriate use of, parks; and a new central government fund to provide emergency help for the parks most at risk.

The latest study found one in three people believe their local park makes them feel better connected to their community. More than half of the 2,001 people surveyed said they regularly go for walks in their park, and 52 per cent said they would rather be physically active outdoors.

Leeds Building Society conducted the research after it launched a scheme to provide £50,000 of funding and volunteer support to weekly parkrun events at 800 parks across the UK. The free 5km runs have attracted five million members since 2004.

Peter Hill, chief executive of Leeds Building Society, said: 'It's clear how important local parks and open spaces are for helping to foster a sense of wellbeing and genuine connections with local communities, with 86 per cent saying they really do value them.

'Our local parks and spaces are so diverse when it comes to how they're used, whether it be for running or exercise groups, food festivals, a family walk or even just a space to take time out and read a book.'

Paul Sinton-Hewitt CBE, founder of parkrun, said: 'This research shows how strongly people rely on their local parks and open spaces as a place to socialise and be physically active, and the success of parkrun to date is a prime example of how much people value and utilise them.'