Thousands of pounds worth of tools were stolen in a raid at Dumfries and Galloway Golf Club over last weekend. 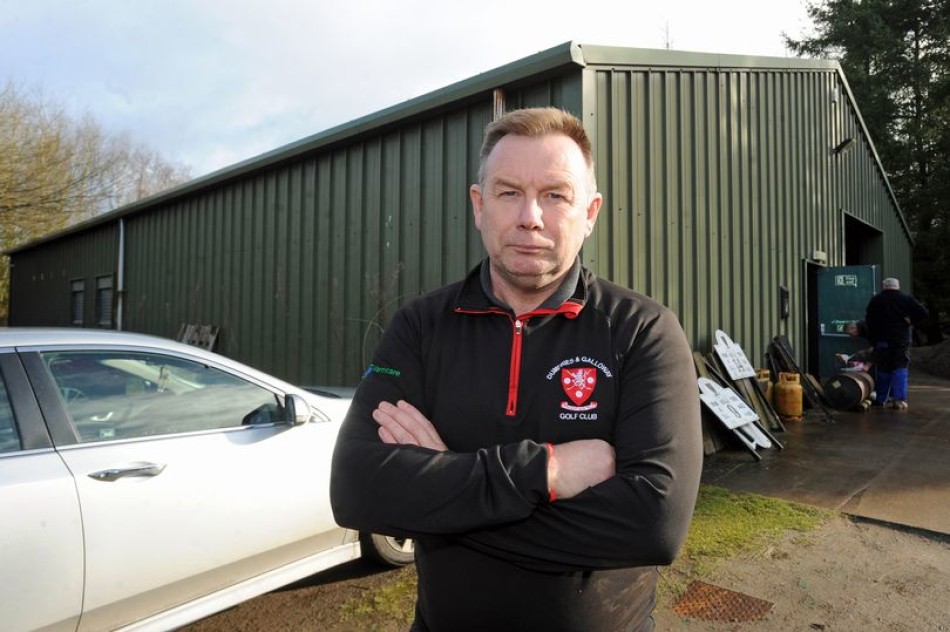 Police have been carrying out door-to-door enquiries in the Castle Douglas Road area of Dumfries to find out if anyone saw or heard anything suspicious.

A club greenkeeper who was checking the premises on Sunday morning found the alarm going off and the shed doors open.

A blue chest containing tools including spanners, socket sets and Stihl chainsaws worth at least £2,000 had been stolen.

Head greenkeeper Keith McCartney said yesterday the latest break-in is the second time the club has been targeted in six months.

"The last time we were broken into was Dumfries Show night in August", he said.

"We stepped up security then, so for it to happen again is awful. I'm really angry and annoyed. We're still going through everything to see if there's anything else missing.

"The shed broken into is out of the way so it would be easy for someone to break-in without being seen. We'll be having another look at the security to see if there's anything else we can do to tighten it up."

You can read the full article from the Daily Record HERE