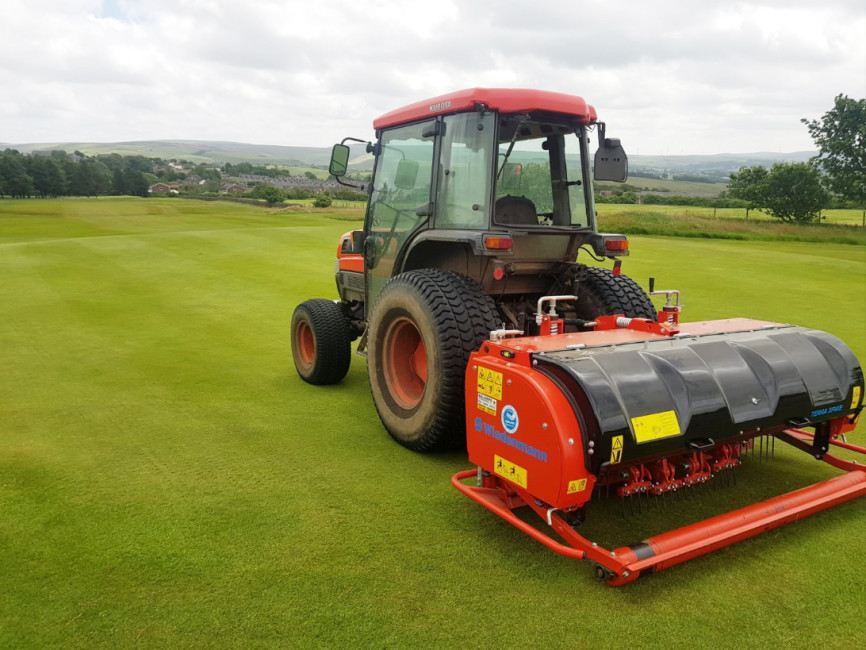 "The main attraction was to be able to aerate during the season knowing it caused little disturbance. You want golfers not to notice. We've been out mostly with 8mm tines so far. They're good to use in season. If you are out on a Monday, by Tuesday people can hardly tell. Crucially you can still get down 10" and the job's been done," he said.

Gary took over his post in May 2017 at the Dr Alister MacKenzie designed course which sits on a plateau over Nelson and Burnley, and boasts breath taking panoramic views across both Lancashire and Yorkshire.

At his previous job with Pleasington GC, Gary became familiar with the GXi8 HD, so was well versed in the speed and efficiency it could achieve.

"The machine will be in use regularly, not just on tees and greens but walkways and approaches. We've been out three times over the green and once on the tees so far. On a long day we can get around all 18 greens or we can just leave two for the next day, it's that quick. We've been varying the depth and if we want to put a little bit of heave we can, by just making one adjustment.

"Later in the year, probably towards the end of October, we will hollow core a couple of specific areas. Our agronomist has suggested sections on two of the fairways that have a little bit of moss. That's where the flexibility of the Wiedenmann works well - you can deep tine and hollow tine equally easy."