The Institute of Groundsmanship (IOG) has announced its new name and brand, the Grounds Management Association. Following unanimous backing by the Board, a member vote was called on the new name at the beginning of March. Votes were cast during the month, with 84% of those who voted supporting the new direction and name. 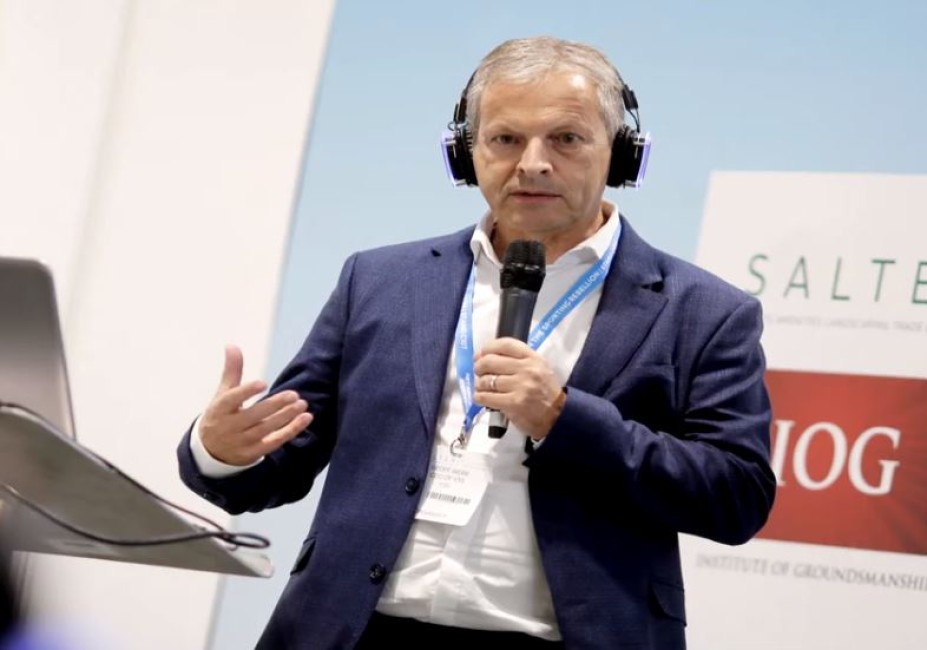 Extensive research conducted by the organisation, including the 2019 report "Groundsmanship - Sport's Vital Profession", identified an ageing demographic within both the paid professional and voluntary sectors, and a lack of diversity within the existing profile. The organisation decided to modernise, to widen the appeal and status of the profession. The new, fresh identity befits the modern-day approach to the management of sports turf in the 21st Century.

The new name is part of a wider rebrand, including updated branding and the new tagline - making sport possible. The icon is inspired by pitch markings and intersecting grass patterns. This creates a unified mark symbolising teamwork and partnership with the different elements working together.

The rebrand provides clarity on the role of the industry and is in line with the Grounds Management Association's 'Grounds for Sport' campaign, which seeks to highlight how vital grounds management is to sport nationwide.

The independent report 'Groundsmanship - Sport's Vital Profession', found that 40% of the industry's workforce is over fifty. One in five grounds managers will be leaving their jobs within the next five years and only 1% of the current workforce is female. Furthermore, more than two thirds of community grounds volunteers are aged over sixty and almost all are over fifty, making modernisation vital to attracting a new generation crucial for the future success of the industry.

Further research, which looked at how the IOG was perceived, found that one in five thought the word 'groundsmanship' was a barrier to attracting new talent.

Following these findings, focus groups made up of current members, non-members, stakeholders, Board Directors and staff, led to the selection of Grounds Management Association, which has today successfully been passed by members.

Geoff Webb, CEO at the Grounds Management Association, said: "Our Board, senior team and members all know that the future success of the industry depends on us attracting more people from all backgrounds to the profession, which is why we're so pleased to announce our new name and brand."

"Under the banner of the Grounds Management Association, we are ideally placed to promote the profession to the wider public, raise awareness of the vital work of grounds managers and staff and attract a new generation of grounds staff to the profession."

"The support of our members has been absolutely crucial, and now means we can meet the challenges and expectations we face to elevate the standing, status and value of our sector today. We're excited to take this first step on our new journey and continue to support our members, who make sport possible."