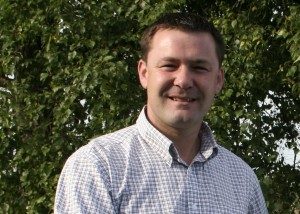 On a rare night out recently, my partner and I enjoyed an evening in the presence of physicist Dr Brian Cox and his Radio 4 sidekick, comedian Robin Ince.

The show was, of course, all about cosmology and started with some amazing pictures of our own galaxy (The Milky Way) and then some more far reaching. In one of these photographs, taken from the Jupiter Orbiter, was a blue speck in the darkness of space. That blue speck was the Earth, our planet seen from approximately 600 million miles away, but within our own solar system. Dr Cox described it as an insignificant blue dot in the greatness of space.

Insignificant when you think that NASA has just upgraded their estimation on the number of existing galaxies from 375 million to over 2 trillion, and that each of these galaxies average over 200 million suns (stars as we see them). Our Milky Way has over 250 million suns, a great many likely to have their own solar systems. The probability of life on other planets somewhere out there in the cosmos is, therefore, extremely high.
Life on our own planet has only evolved in very recent history. In terms of a timescale since the dawn of time, if you used an annual calendar, the 1st January at one minute after midnight was the massive explosion of dense matter (the big bang), our Solar system wasn't formed until September 1st, and life on Earth didn't start until ten minutes to midnight on New Year's Eve.

In this relatively short time, life has evolved through a myriad of complexities and circumstances, from the most basic of organisms to us - intelligent human beings. The probability that another planet would have evolved life as complex, given the huge number of optimum conditions required, as it has here on Earth is, therefore, very unlikely.

Notwithstanding the wars, famine and pestilence that have persisted throughout our history, all of which are sadly still very much prevalent today, humanity has made massive technological leaps to get us to this point. Most of our greatest leaps have been in the last 100 years, just a fraction of a nanosecond in the Universal calendar. As we build more powerful computers, the advancement of the human race is becoming exponential.

These advances have seen us build rockets and travel beyond this planet, set foot on the moon and build powerful telescopes to understand more about the universe and see back to almost the beginning of time. We are now able to understand so much more about our history, and perhaps soon our destiny, as we prepare to colonise other planets (potentially Mars in 2024).

The social workings of the human race are as complex as Mother Nature herself; all of us playing an integral part, directly or indirectly, in helping to shape the future of this planet. Even our small, niche industry creates and maintains the playing surfaces for millions of sportsmen and women, providing social recreation and relaxation via publicly viewed sport, and fitness for the masses that partake.

In my opinion, the physical and mental stimulation of sport played on quality surfaces can't be underestimated.

So, Professor Cox, is our little blue dot insignificant?….nah!

I wish you all a very happy and prosperous 2017.