by Talia Pattison
in Tennis, Football, and Cricket
on 24 Jun 2019

Todd Darrington never dreamed his choice of career could take him where it has. 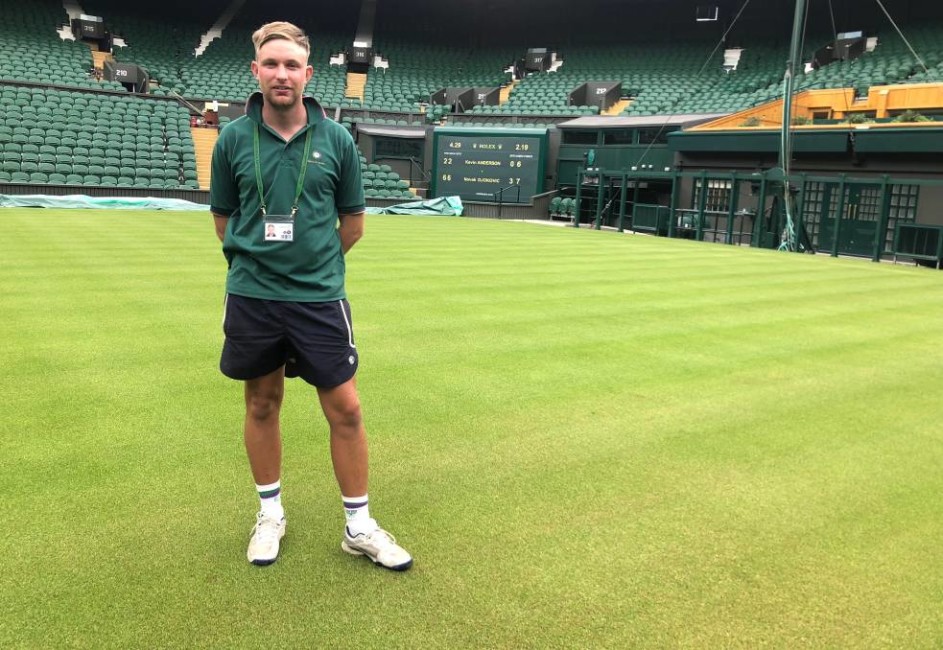 However, his job has turned into a dream come true and it doesn't look like the pace will be slowing down any time soon.

Todd, from Leeton in the NSW Riverina, was working at Canberra's Manuka Oval as a greenskeeper. Earlier this year helped prepare the wicket for the Australian Test match against Sri Lanka.

After hearing from a friend who works at the Sydney Cricket Ground about a work program at the All England Tennis Club, otherwise known as Wimbledon, he applied.

Within weeks of applying to be part of the team to prepare the surfaces of the courts for the the most traditional of all tennis Grand Slams, Todd found himself on a plane to England - for a six-month working trip.

If that news wasn't enough, Todd has now also been helping out at the famous Wembley Stadium, but it's recent news that has really started to hit home.

"Only recently when I thought this journey couldn't get any better, my name was put forward to the head curator of Lord's Cricket Ground and he offered me a gig to be part of their curator team for (the upcoming) Ashes series and to squeeze a few World Cup games in (too)," he said.

Todd said the turf industry was in his blood, as father, who owned a turf farm, worked as a greenkeeper at the Leeton Soldiers Club and Leeton and District Bowling Club for many years.

Following in his footsteps, Todd started working as a greenkeeping labourer before and after school. He then started an apprenticeship with Leeton Shire Council in 2013 with the parks and gardens crew.

Todd Darrington (middle) at work at Manuka Oval earlier this year during the Australian Test series.

Two years later he headed to Manuka Oval to finish his apprenticeship.

"When I started out ... not in my wildest dreams did I think I would get this far," Todd said.

"I guess I could say I put a lot of it down to my parents. They helped me take some risks I had to take, also being there for the highs and lows of it all. I look up to my dad so much as a greenkeeper."

"Walking through the gates each day at Wimbledon is also something of a 'pinch me' moment."

"Walking past centre court knowing all eyes all around the world will be watching the Championships (is exciting), but at the end of day it's just grass that has lot of history to it ... I just have to stick to what I know," Todd said.

"Wimbledon starts in July, so there is a good chance I might cross paths with some pretty handy tennis players like Rodger Federer."

"We are lucky enough to stand behind the net along with the match referees for the women's final as part of trophy presentation. We don't know which royal we will get to meet and rub shoulders with, but that will be a bit of an eye-opener."

You can read the original article from The Islander HERE